Mumbai: Independent equity research initiative Equitymaster, recently revealed the results of a poll it carried out consisting of 17 of India’s most well-known corporate groups. A total of 5,274 people, who are the visitors of Equitymaster.com, participated in it.

This poll helps us to understand whether big corporate groups are able to earn the trust of the investors and how trust plays a great role in their long-term success and growth. The poll results also reveal that superior investments are directly related to effective corporate governance. Thus, it’s always wiser to invest in companies that evoke a sense of trust.

What stands out starkly about the poll results is that there’s a huge gap between the winner and the rest of the corporate groups.

The Tata Group has garnered 66.3% of the total votes, which is more than double the number of votes (31.8%), it had received in the last such poll conducted in 2013. Following the 153-year-old conglomerate are AV Birla Group and Mukesh Ambani Group in the second and third place with merely 5.1% and 4.7% of the votes respectively.

In fact, except for Tata Group, none of the other 16 groups have been able to win the trust of more than 5% of the total number of participants, although many of these groups have moved up a few ranks from Equitymaster’s last poll conducted in 2013.

The AV Birla, Godrej, and TVS groups have moved up 2 ranks, the Mukesh Ambani Group jumped 6 ranks and the Rahul Bajaj group, which came in fourth place, moved up nine ranks from the last poll.

Another significant change in this year’s poll results was that only 2.3% of investors voted for ‘None of the Above’ category as opposed to 4.1% in 2013.

This shift, although small, reveal the openness of investors to trusting corporate groups if the latter sincerely try to earn it.

The group that received the least number of votes (0.8%) is the RPG (Ram Prasad Goenka) group, the company that owns CEAT Tyres.

Commenting on the results, Rahul Shah, Co-Head of Research at Equitymaster quoted, “If we look at company valuations today, an increasing portion of a firm’s value resides in intangibles such as goodwill and reputation. And when it comes to making intangibles tangible, nothing is more important than trust.”

He added, “The attribute flows from a company’s leadership through the organization to its external stakeholders which ultimately increases profitability over the long-term. However, if not paid attention to, a lack of trust can have the opposite effect.” 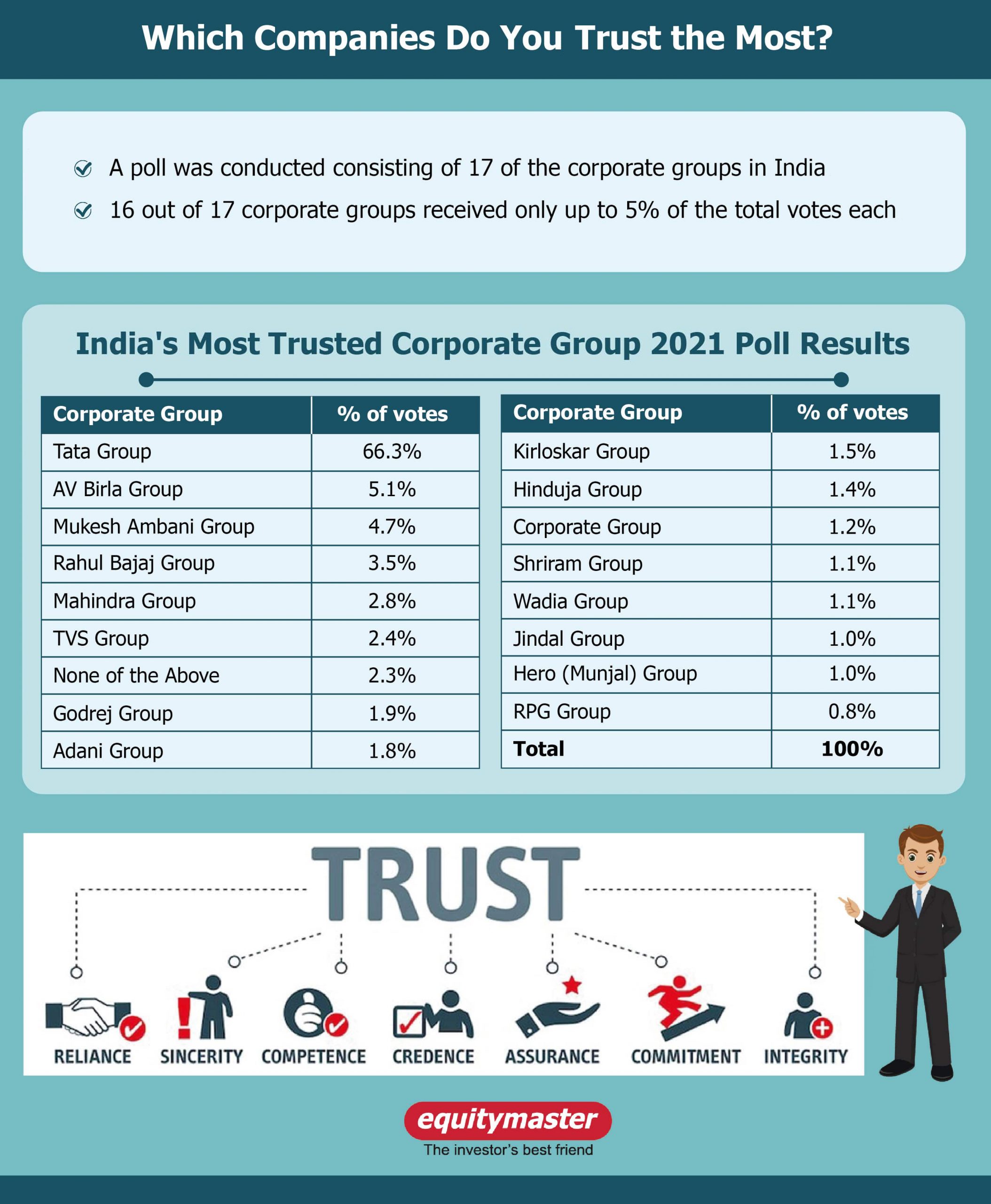 New WARC analysis has found that Generation Z is the most digital generation to date, spending two-thirds (67.7%) of total...

Axis My India, a consumer data intelligence company, released its latest findings of the India Consumer Sentiment Index (CSI), a...