The Impact of Coronavirus: Fall of Traditional Ads and The Rise of Influencer Marketing

by Editorial
in Featured, My Column
Reading Time: 3 mins read

“As you binge-watch your 13th entire series on Netflix in two days, remember that in the darkest days, when everything else stopped, you turned to artists.”

This now viral tweet sums up the impact of Covid-19 on the creator industry. As the global outbreak intensifies, the traditional methods of creating and marketing content are taking a hit.

The Crash of Traditional Marketing

First, the ad spends such as out-of-home were limited. When the public is advised to stay inside their homes, investing in these areas is unnecessary, unprofitable and unwise. Then, as a precautionary measure, TV advert budgets were curtailed.

Marketing agencies found a way to salvage what they could in this unprecedented crisis. As much as was possible, they shifted online. An example is face-to-face meetings turning virtual. But there was one area of advertising where physical presence is mandatory– shoots. Content, be it a movie, show or ad, has to be produced in a studio. As long as production could go on, agencies had some hope.

With India fast approaching the dreaded third phase of the novel coronavirus outbreak, the Association of Advertising Producers, the representative body of 90% advertisers in the country, decided to err on the side of caution and sunk that last ray of hope. They put a pause on all shoots till the end of the month.

It is not just ASAP, other film bodies like IMPPA, IFTPC and IFTDA among others took the decision unanimously, terminating the production of all TV soaps, web series, movies and, of course, adverts.

The decision led to a need gap. Businesses still need to engage with their consumers, and consequently, will look for media where it makes sense to advertise. In this case, it is online.

The Steep Rise of Influencer Marketing

It is early days yet to predict the repercussions of the pandemic on influencer marketing in India, but we can look towards China as an example. The country’s ad spends were predicted to grow at 6.9%. Dentsu Aegis Network reassessed the figure after the coronavirus outbreak and down geared it to 3.9%. But when you look at China’s spending on digital channels, there is a sharp incline. Those are expected to increase by 10.6%! 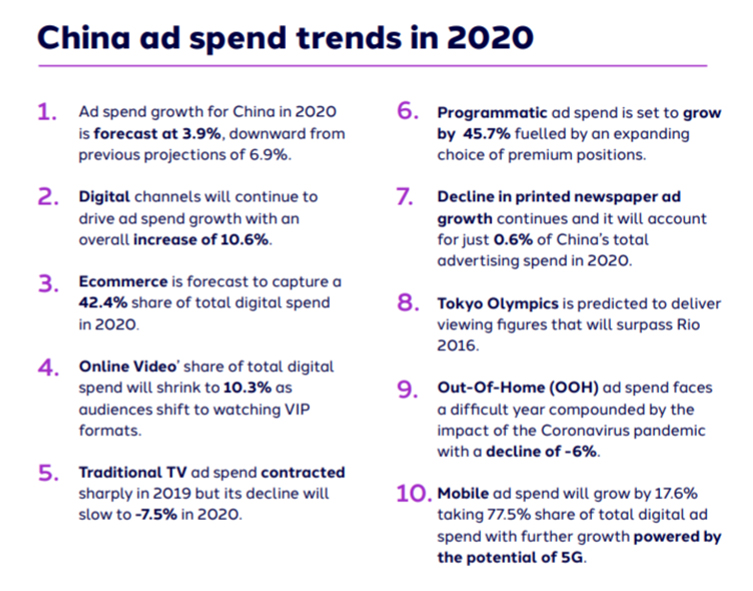 Why is it that the TV, print and OOH ad market is declining, but digital ad expenditure is increasing?

As consumers are forced to isolate at home due to self-quarantine, they are naturally going to spend more time online. They can’t watch TV shows or sports events because those are either not in production or cancelled. What is left to consume? Online, creator content.

Astute brands realise that it is time to strike the iron and harness the power of influencers to engage their audience. They can’t access a studio to make an ad, but they can work with content creators.

Influencers have the experience and expertise to creatively generate promotional content that’s in harmony with the brand message, not tone-deaf and sensitive to the present need.

The Drum predicts that social media spending will grow by 22.2% due to COVID-19, but the real impact will only be visible after the entirety of humanity has beaten down its first singular enemy…

…Till Then, Here’s How You Can Use Influencer Marketing

From micro-influencers sharing quarantine life stories to mega-celebrities doing live workouts, concerts and shows, there is a boom of Instagram Lives. Capitalise on it. For example, Vir Das did a 30-minute IG live act on 28th. Brands hopped in to sponsor it, although the comedian opted to use the money for charity. D-Nice created #ClubQuarantine and played live for more than 7 hours straight for an audience of 100,000 globally. Spotify saw an opening and partnered with the DJ to create an exclusive Homeschool playlist.

For brands, there is no better, unobtrusive way to stay top-of-mind right now than creators—cash in on them.

Winding up, when it comes to practices on ad copy, there are two rules that you must follow. Be honest; the online user is too savvy by half at catching blatant “ads.” Be casual; networking sites are light mediums, so write as if you’re conversing with a friend, not a customer.

Authored by Ankit Agarwal, Founder, Do Your Thng.

Jolene Fernandes Solanki As an admirer of bikes, I loved the Rajdoot then. Just like a Bullet you can't...

upGrad, Asia's largest higher edtech company has made another senior appointment to its leadership team - with the hiring of...