Mumbai: The opening week of IPL-13 2020 has witnessed 269 Mn viewers watching which translated into 11Mn more viewers per match compared to 2019.

According to top latest data released by BARC Nielsen the Television Viewership of IPL 13 has seen 21% growth in average impressions per match vs. 2019, despite one less match and fewer channels than 2019.

Closer look into 1st-week performance of IPL13 reveals that there was 15% growth in viewing minutes. The Average Impressions Million Per match during the first week has increased from 32.2 (2019) to 39 (2020).

The opening match of Mumbai Indians vs. Chennai Super Kings on 19th September 2020 has witnessed a viewership of 52 million impressions which is 29% higher than 2019. The match was watched by 158 million viewers that is equal to 21% higher than 2019. The Opening Match between MI vs CSK has delivered 11.2 billion viewing minutes, the viewership for previous season (IPL 12) was just 6.8billion viewing minutes. 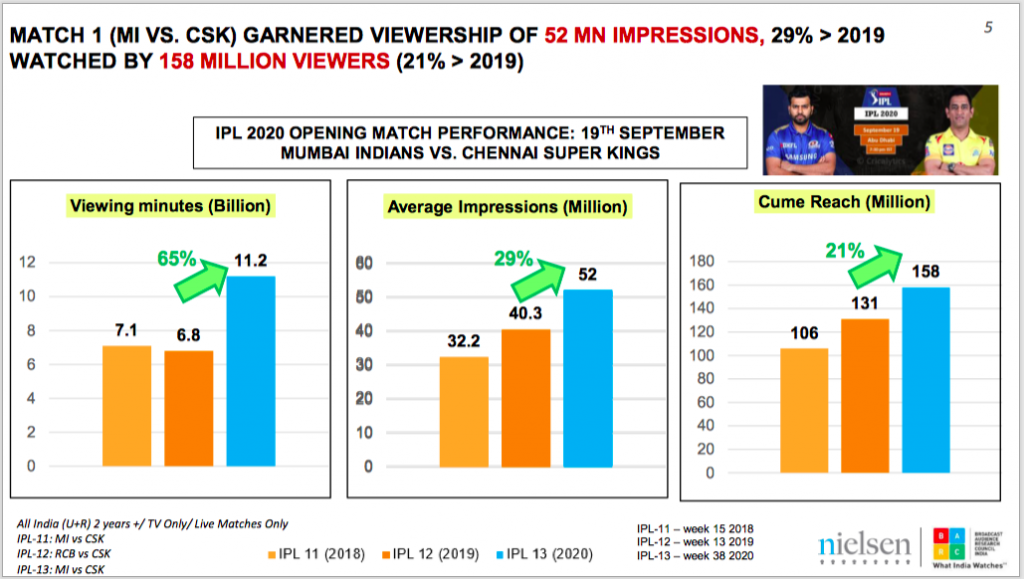 The same has resulted in an increase in Advertising consumption with the Advertising volumes growth of 15% within Star Sports set of channels/ Live matches (excluding Sport 1 Bangla, Star Sports 2 (HD+SD) 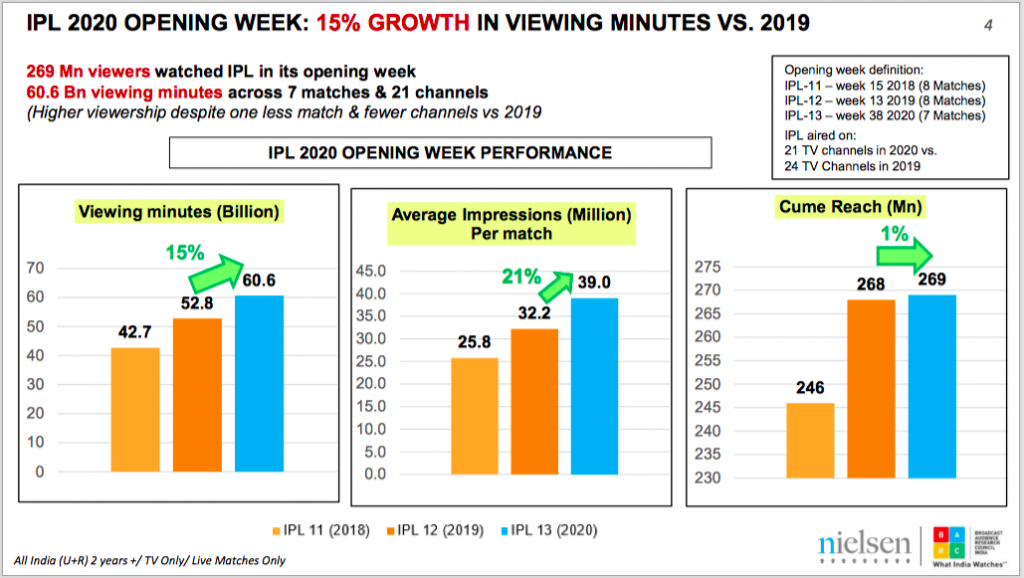 Both Advertiser and Brand counts increase as compared to the earlier season. The Advertises count has increased by 19% to 81 in 2020 against 61 advertisers in 2019. The Brand Count has surged to 146 in IPL 13 against 117 Brands in IPL 12. 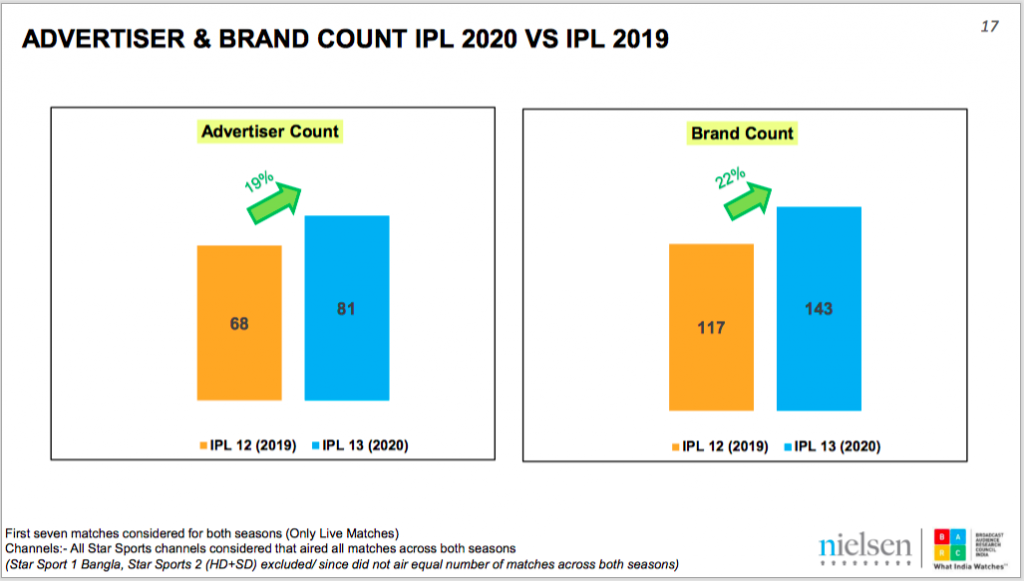 Valyu.ai, a homegrown transformative fintech startup, announced the appointment of Rajat Khurana as its Chief Sales Officer. The appointment has...

Chennai: Arthur D. Little (ADL) today announced Ashish Sharma has joined the company as a Partner. This continues on from...

Celebrity endorsed advertisements grew by 23%, Akshay Kumar tops the list of most visible celebrities in 2021