Chennai: The much-awaited Parliament election results were declared on 23rd May, and the media platforms have seen one of their highest peaks in recent times. While all eyes were on TV/Digital media, the curiosity of the audience clearly built viewership across platforms.

Out of a total of 258.5 mn TV viewing individuals between the 4 states in the south, 65%(167.3mn) audience have watched any news channel on 23rd May, an increase of 67% compared to a regular day. The total news viewership during the day increased by 416 % to 721 Mn Impressions, compared to the previous 8 weeks.

Out of the total walk ins to the news genre on Thursday, close to 30% were non-regular viewers who haven’t tuned into news in the previous four weeks. 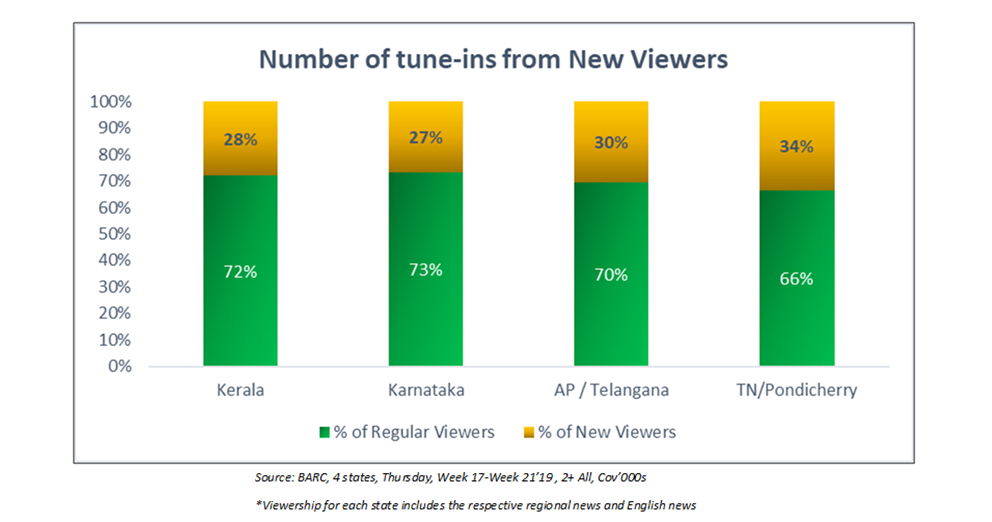 While at the HSM Level the time Spent on News was 1 hr 22 mins 36 seconds, in south, the average time spent on TV was as high as 2 hours 5 mins 34 seconds. 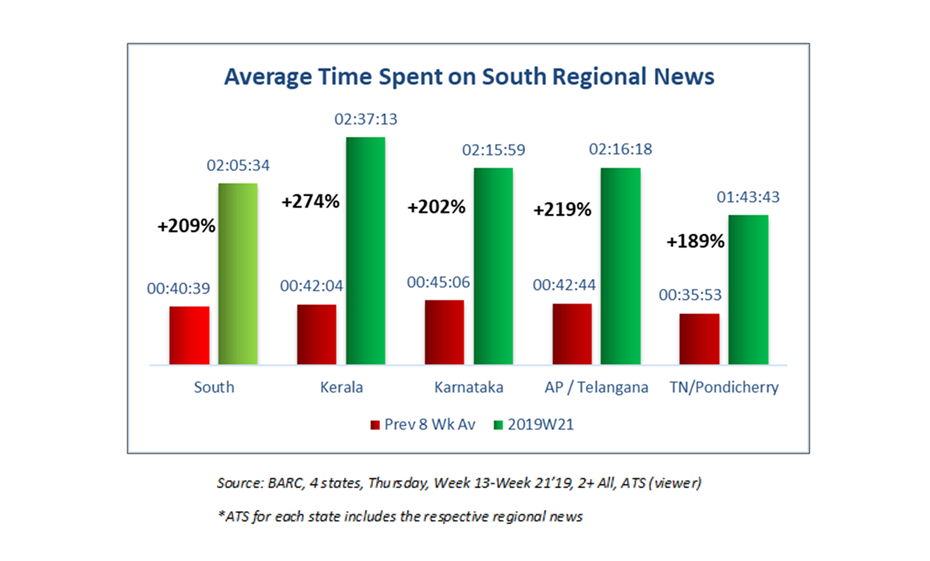 Even though the counting started at 8.00 am, the news genrehad started picking up from 6.30 am in the morning. All four markets saw the highest viewership for the day from 8.00 am to 12.00 pm, following which the viewership dropped across markets but continued to remain throughout the day compared to previous 8 weeks average

Though growth can be seen across all age groups, the Youth (15-21 Years) have grown the most with 451% increase compared to the previous 8 weeks, recording 101 Mn impressions. The highest contributors to viewership were the age groups 41-50 and 31-40 with 125Mn and 124 Mn impressions respectively. While NCCS CDE saw a 70% growth in the number of news viewers, NCCS A saw a 201% increase in the average time spent on TV.

The highest polling percentage of 80% was noted in the state of Andhra Pradesh. TV viewership similarly reflects the highest coverage across the south states for AP/Telangana at 73%. 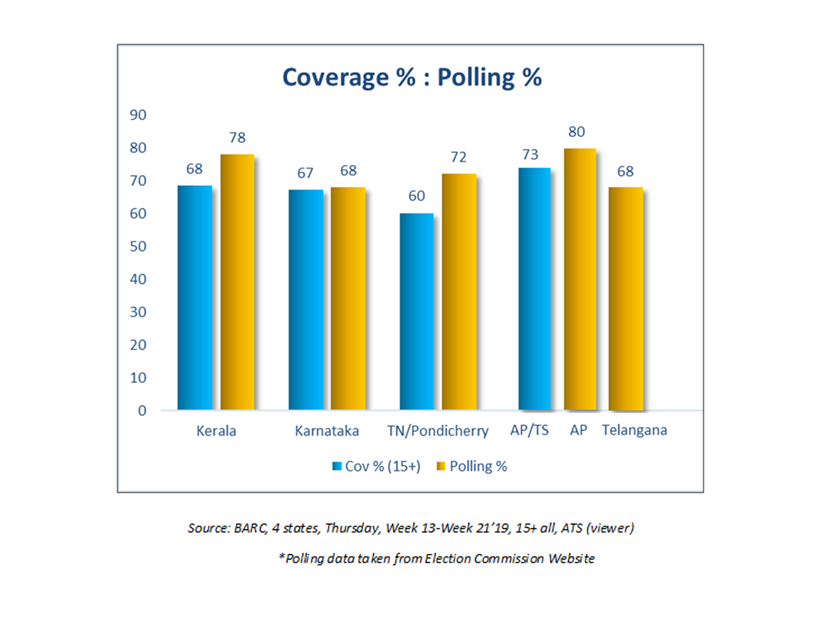 Hence, the audience behaviour suggests that the election results was clearly one of the biggest news events across markets, and the biggest political news event till date.

New Delhi: Integrated Centre For Consultancy Pvt Ltd (ICCPL) received the honor of ‘PR agency of the year’ at Brand...