Mumbai: KhelPlay Rummy – the online gaming platform which has revolutionized the rules and trends of playing online rummy, is bringing notable actress Kajal Aggarwal to join hands with them to become the face of the brand.

Kajal symbolizes both fun and success, making her the right choice to showcase KhelPlay Rummy’s vision. Such attitude and traits have tremendous synergy with rummy playing audience who have the passion to make it big. These synergies between Kajal and KhelPlay Rummy and the former’s interest in the game of rummy makes this the right combination.

Talking about this association, Mr. Chaitanya Salunke – Head of Marketing, Khel Group said, “We are excited to have Kajal as the face of the brand as this will go a long way in improving the awareness of our brand and the game overall. Moreover, this affiliation will also help the people relate more with rummy and re-emphasize the fact that rummy is a skill-based game which offers fun & thrill at the same time. We are the rummy pioneers in India and look forward to many more users on KhelPlay Rummy’s thrilling platform.” 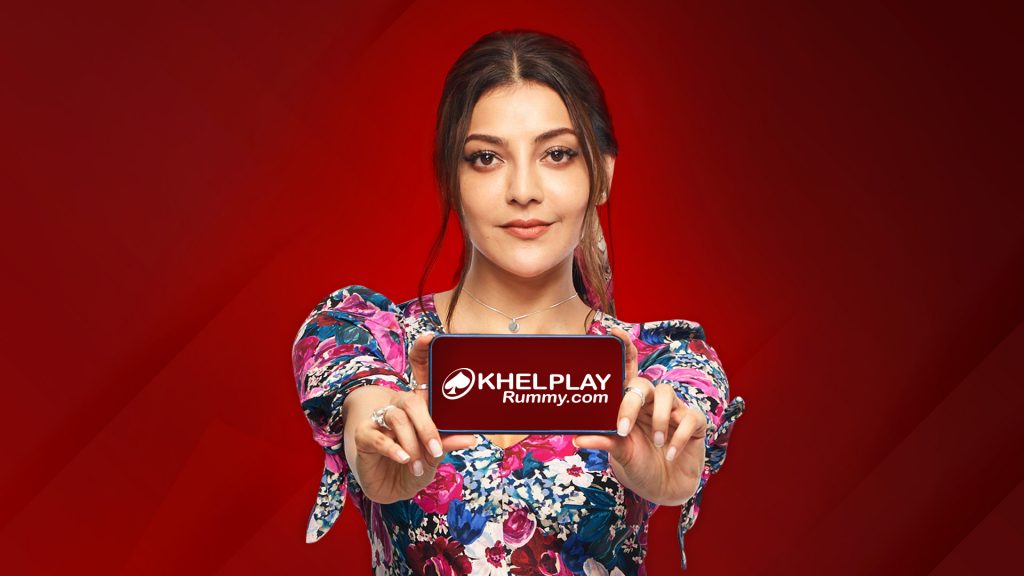 Kajal Aggarwal, an avid rummy player, whose thoughts and objectives resonate with KhelPlay Rummy’s ideology makes her an ideal pick for KPR to showcase their foresight in the arena of online gaming. Speaking about the move on becoming the face of KhelPlay Rummy, Kajal said, “I, like any other Indian has been playing rummy recreationally for a while now. I am happy to officially be a part of KhelPlay Rummy who is one of the leaders in the online rummy space in India.”

She further added, “KPR’s initiative to bring about the confluence of rummy in the digital world is what the country needs now to be a part of the online gaming platform. It’s amazing to see the growing passion for rummy in India and KPR’s initiative to drive the generation via digital platforms to play the game.”

India’s online gaming industry is reported to generate a revenue of INR 11,900 cr by 2023 and is currently spurring at 22% CGAR by a KPMG report. To boost this further, KhelPlay Rummy has a database of 30 lakh users and continuously strives to engage their players and retain them by having an array of 10, 13, 21 and 27 cards rummy like pool, points, and deals. KPR actively enables their users to break in the online sports gaming and play responsibly with real money.

The thought behind the platform of KhelPlay Rummy is driven by the idea of customization and focusing on the target audience being the people who have access to data and smartphone/computer. Mr. Salunke also touched upon the fact that, “Engagement and responsible gaming are two of the most important attributes of an online rummy game. KPR has been ensuring both with tailored offers and tournaments with safe payment gateways. It has a large line- up of tournaments that provide players with opportunities to win and connect with other players. The offers run by the platform are crafted in a manner that best suit a player’s requirements.”

Star Movies to premiere Disney’s Alladin on 31st May