Ad space soar by three times on Print in May’22: TAM Report

Among the Top 10 categories in Print, Coaching/Competitive Exam Centre topped the chart with 5 pc share in both May’22-21 followed by Retail Outlets-Jewellers in May’22.Top 10 categories had 34 pc share of Ad Space in May’22 and six new categories entered list. Among the Top 10 Advertisers on Print, SBS Biotech topped during both, May’22 and May’21. Titan Company had highest positive rank shift to enter the Top 10 list and 3 new advertisers entered top list during May’22 over May’21. Top 10 advertisers added 17 pc share of Ad Space during May’22. 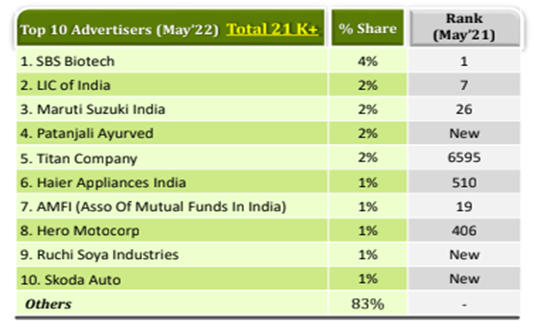 LIC-IPO was the top brand followed by AMFI (Asso Of Mutual Funds In India) in Print during May’22.Seven of the Top 10 brands were exclusive in May’22 compared to May’21.Top 10 brands grabbed 9 pc share of Ad Space in May’22. 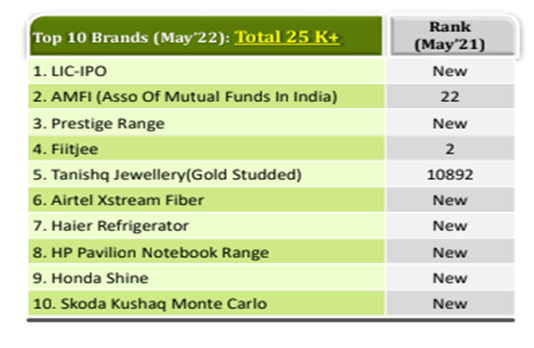