The recently shared report of TAM talked about Celebrity Ad Endorsement on TV, Co-Branding Ads associated with Movies, and Social Advertisements by the Government of 2020. Celebrity endorsements in India have managed to help a brand’s image and consumer recall. This is based on pretty simple logic. India is a country where people are star-struck by Movie Stars, Sports personalities, TV Actor & Actress. During 2020, 81K+ Hours of Celebrity Ad Volumes seen with a 23% share of Overall TV Advertising. Akshay Kumar topped among the Film Actors with a 16% share of celebrity Ad Volumes followed by Amitabh Bachchan with a 10% share. Among Film Actresses, Kareena Kapoor and Kiara Advani attained 1st and 2nd position respectively with a 10% and 9% share of Ad Volumes.

In Top, Television Celebrities Endorsing Brands Ram Kapoor and Raju Shrivastav were the Top 2 TV Actors with 36% and 28% share of celebrity advertising respectively in 2020. Shakshi Tanwar topped among TV Actresses with 27% share of Ad Volumes followed by Divyanka Tripathi with 23% share in 2020. Whereas Top 5 TV Actors and Actresses had 84% and 80% share respectively in 2020.

Co-branded advertising is interesting in the program platform that has gained popularity. A brand and movie both form an alliance to work together, creating marketing synergy. Dr. Juneja Accumass topped among the brands associated with movies with a 14% share of Co-Branding Ad Volumes.  All Top 10 brands were associated with One movie each; The top brand Dr. Juneja Accumass partnered with Tanhaji The Unsung Warrior. In Leading Movies among Co-Branded Ads, Tanhaji The Unsung Warrior topped among the movies associated with brands and was associated with 10 brands. Whereas Top 10 movies added 89% share of Co-Branding Ad Volumes during 2020. 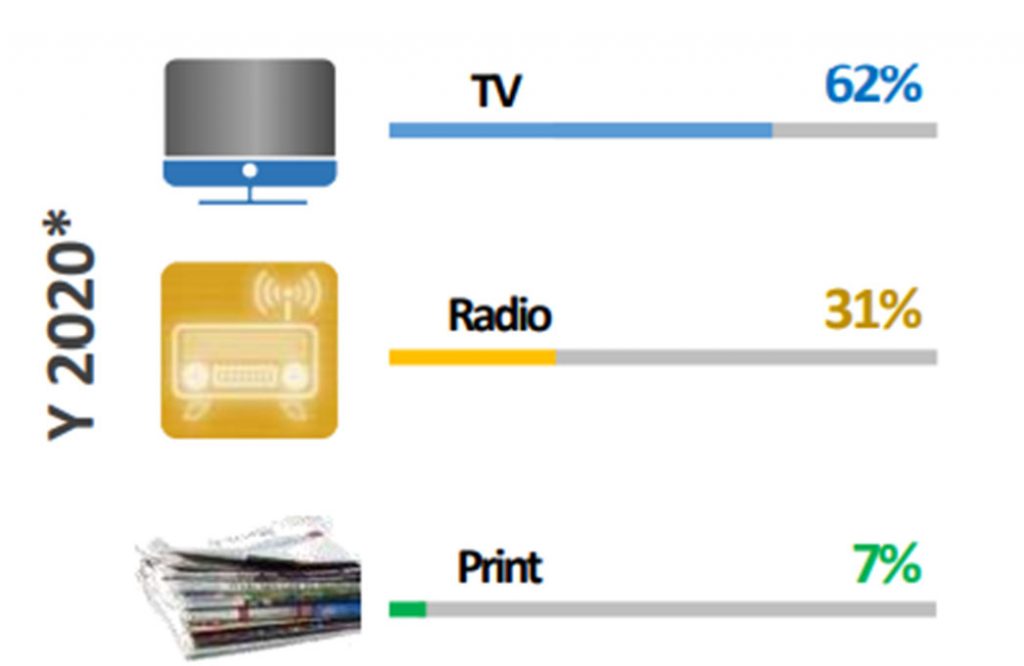