According to TAM Sports Report, on comparison of Commercial Advertising on TV for IPL 15 and IPL 14 for the first 39 matches, the ad volume per channel increased by 5% during IPL 15 compared to same number of matches in IPL 14. 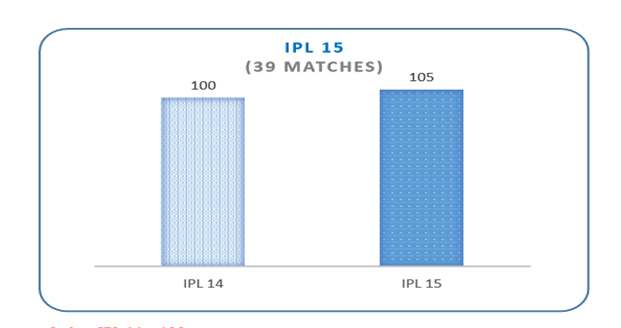 In the 5th week of IPL 15, tally of category grew by 10%, advertisers grew by 5%, whereas count of brands showed marginal growth of 1% compared first 4 weeks of IPL 15.

Four categories were common among Top 5 of IPL 15 and IPL 14. Ecom-Gaming was on top in both the IPL.

Dream11.com was the top advertised brand during both IPL 15 and IPL 14. It was the only common brand among the Top 5 in both IPL.

10-20 seconds ads were utilized the most during commercial breaks, followed by 21-40 seconder ads.