IAA Olive Crown Awards 2022: Reliance Industries is the Green Brand of the year

by Editorial
in Advertising, Featured
Reading Time: 3 mins read
A A

Mumbai: The India Chapter of the International Advertising Association (IAA) hosted the 12th edition of its annual property, the Olive Crown Awards 2022, on 28th April at the ITC Grand Central, Parel,  Mumbai. The awards acknowledged the remarkable work of those individuals and corporates who drove the message of sustainability or ‘green advertising’. The event was attended by senior marketing, media, and advertising professionals from across the country. Blue Star Ltd was the cooling partner; Vijayavani and Warner Bros. Discovery were the associate partners; and Hungama Digital Media was the green partner for the event. 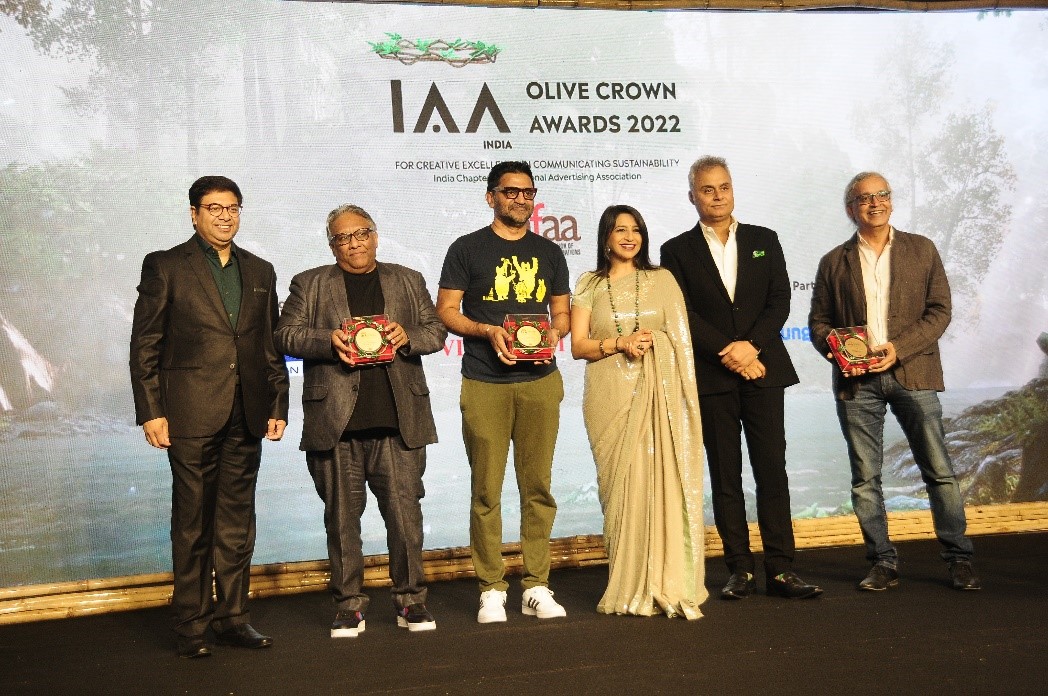 The awards were presented across 16 different categories, including the title ‘Green Crusader of the Year’ award, which was presented to Sadhguru for his untiring efforts to ‘Save Soil’ and his new endeavor of a 100-day long motorcycle journey to spread awareness about soil degradation. Addressing the august gathering Shri Aaditya Thackeray, Hon’ble Minister for Environment and Tourism (Govt. of Maharashtra) spoke about the government’s new efforts of adding 24 new conservation reserves in Maharashtra and 15000 hectares of wet land for protection. He also added that, “When we travel anywhere the first thing, we enjoy is a breath of fresh air, the ability to walk without closing our eyes or nose, I think that is what we’re trying to achieve for ourselves. In these times of climate emergencies, it’s no longer about the future generation, this is about us, this is about being selfish, because each of us can make this a better planet, to have clean air, clean water and a world which is freer and safe without hazards.”

Megha Tata, President, International Advertising Association (IAA) – India Chapter and Managing Director – South Asia, Warner Bros. Discovery said, “The IAA Olive Crown Awards are more than just awards, they are a manifestation of all our thoughts with regards to Brand Earth. They are a collected expression of what the marketing and communication industry can do so well. They are a way of showing the world that communication can be and is, a true force for good and that is why we decided to support ‘Save Soil’. I really hope that IAA India Chapter continues to take on one good cause every year and use the magic of Marcom industry to amplify that cause.”

Pradeep Dwivedi, Chairperson IAA Olive Crown Awards says “The Olive Crown Awards have been an event, an honour, a recognition for over a decade with a lot of love to celebrate media, communications, marketing, and advertising to work towards sustainability. It is rightly said that we have not received this planet from our ancestors, but we have merely borrowed it from the coming generation. It is a massive responsibility that we as an industry continue putting efforts towards sustainability.”

Chirag Rural Development Foundation & People for Animals Wildlife Rescue and Conservation Centre both get Gold in the category ‘Green NGO of the Year’.

‘Young Green Crusader of the Year’ was awarded to Harshvardhan Joshi an Indian mountaineer from who climbed six mountains of 6000 meters and above in his mountaineering career which started in 2016. Joshi reached the summit of Mount Everest in May 2021 in the most sustainable way possible keeping his carbon footprint to a minimum. He said, that “When I decided to climb Everest, sustainability was not an option but it was the only option to go for.” 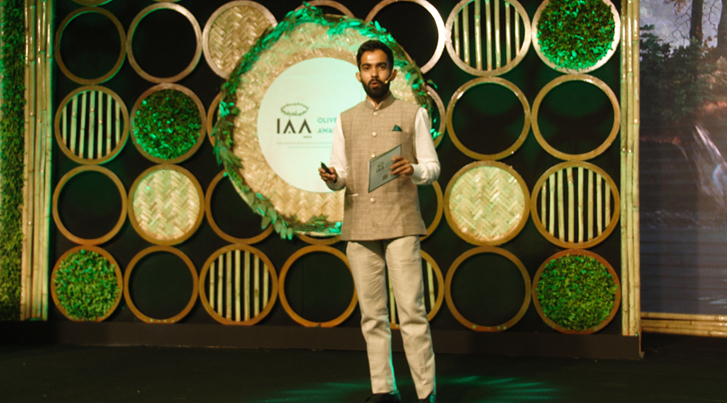 A film based on the winning campaign created by Rohan Joseph, Vallabh Yeolkar and Raj Nair from Madison BMB has been produced by Zirca Digital Solutions and Pixel Party.The winning campaign will be run across media platforms with the cooperation of media houses.