India’s digital ad market to grow ~10x in the next ten years; likely contribute 70-85% of the total ad market: Report

A key factor for this growing trend is the cohort of millennials and Gen Z who spend most of their time on digital platforms. The trend is only expected to amplify as more people, especially in Tier 2+ cities, engage more digitally through websites, apps, social media, among others.

India has crossed the moot point of mobile taking over other mediums, the report states.

A few years back, it was still a question if mobile phones would take over TV and other mediums. India has inevitably crossed that point where mobile has successfully taken over all the different mediums and is the device that witnesses maximum consumption. This means that apps become the most popular destination for consumers to engage and spend most of their time, a key factor for companies while deciding their advertisements. 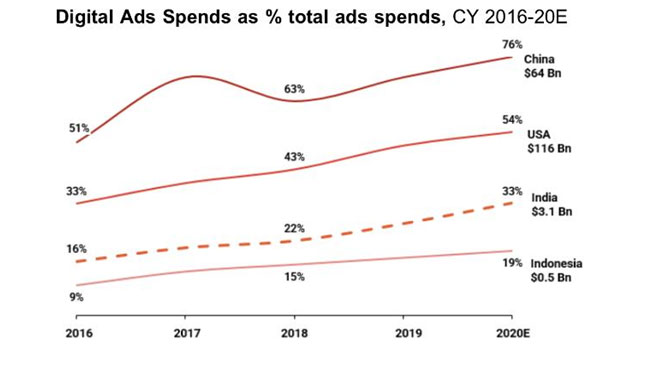 The timeline starting from 2016 shows steady growth in India’s digital ad spends. However, it is comparatively much lower than countries like China, and the USA, wherein digital adoption is still higher than in India. But, the growth of digital ads is likely to continue and grow stronger, as, with the wake of Covid, the adoption of digital services has grown multifold. This is bound to positively impact advertisements spent by companies and brands as users start spending more additional time on these platforms. 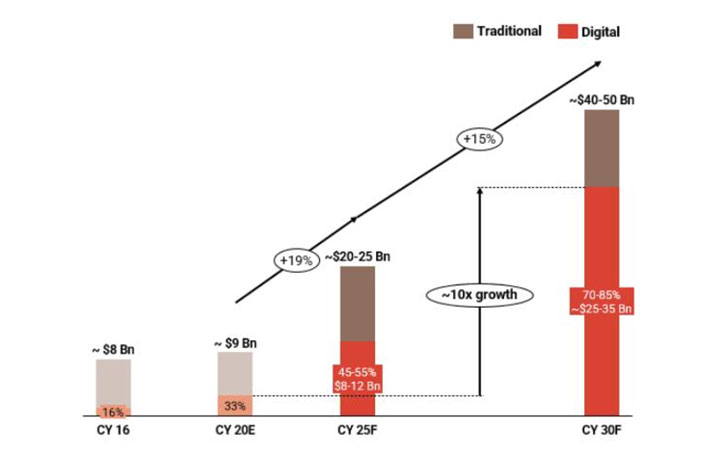 India’s digital ad market is expected to grow ~10x in the next ten years and will likely contribute 70-85% of the total ad market, which currently stands at 33%. The main growth drivers for this trend are-

The Parliamentary Standing Committee on Communications and Information Technology led by Congress MP Shashi Tharoor suggested that the Union government...

New Delhi: As Bombay Shaving Company Women (BSC W) turns one, the brand celebrates its first anniversary together with the...

Explored all 31 provinces of Mainland China in 2 years, the journey of my Infancy 2.0: Kartik Vishwanathan

OTT penetration stands at 27%, Hotstar is the preferred choice for majority of the OTT viewers: Axis My India, CSI Survey