Life After Covid: Global Ad Market to recover in 2021 after steep downturn in 2020

Vincent Létang, EVP Global Market Intelligence at MAGNA and author of the report, said: “Beyond the short-term V-shaped recession/recovery impact on the economy and the advertising market, the COVID crisis will have global and long-term effects on society, business models, consumption habits, mobility, and media usage, all factors pointing to a more subdued economic growth and advertising spend than previously forecast for the 2022-2024 period. MAGNA thus reduces its global advertising growth forecast for these three years, from +4.5% per year to +3.5% year. The global ad market will reach $647 billion by 2021 compared to $745 billion in our previous long-term scenario (a -14% decrease)”. 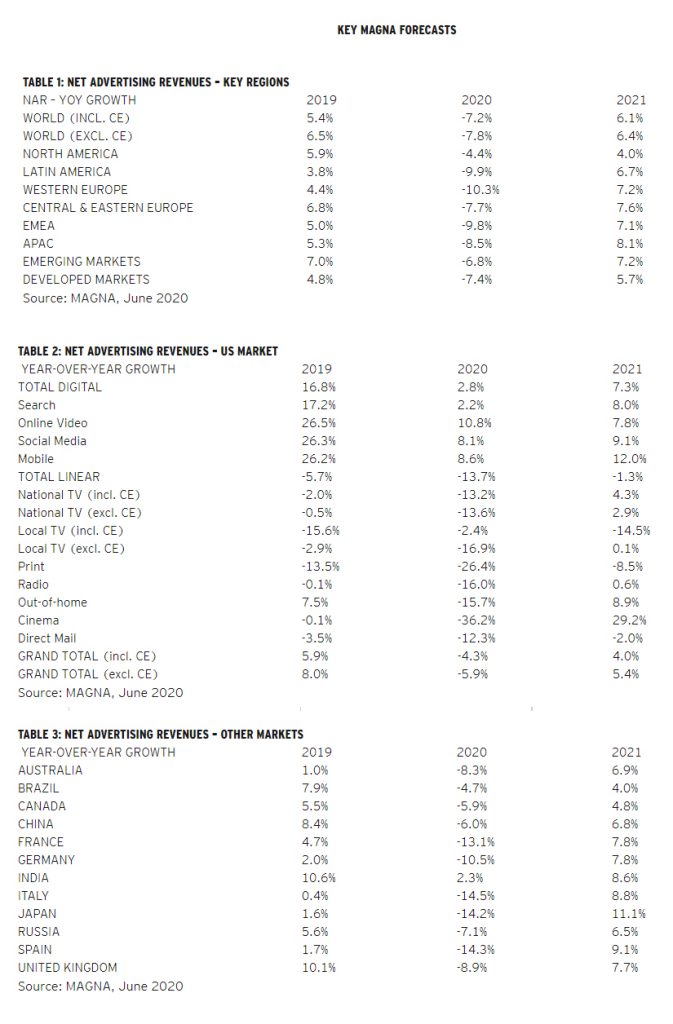