Octro Inc. is India’s top company in terms of revenue in 2020 as per App Annie

New Delhi: Octro Inc, the leading and fastest-growing mobile gaming company in India has been ranked the No.1  in terms of revenue by App Annie, the top app industry analytics firm. With almost 200+ million users, Octro has acquired a leadership position in the online gaming space, gaining a strong foothold within the Indian entertainment & sports industry. Octro has emerged as a leader on AppAnnie rankings not only acquiring significant leisure hours of India at large but also as a top-grossing app publisher, leaving behind some of the well-known brands from India in the OTT & entertainment space.

Octro’s popular game TeenPatti has been the biggest draw, witnessing an unprecedented 800% growth in its paying users in 2020 while other games like Play Rummy launched in 2017 has witnessed a 150% growth from the player deposit standpoint. Octro’s family game, Tambola has seen a 50X spike in the last couple of months itself.

Commenting on AppAnnie 2020 rankings, Saurabh Aggarwal, CEO, Octro Inc. said, “Octro, with games like TeenPatti, has created scalable leisure options for Indians and has taken casual gaming to the next level. We deeply appreciate this player love showered on our games and are thankful to these players for trusting us with their time and money. We strongly believe that made in India games have the potential to be global leaders if there is an impetus from the government”.

Manav Sethi, CMO Octro Inc. added, “There is a structural shift in how India spends its leisure hours and online gaming in all forms is rightly placed as scalable leisure option. Globally, gaming metaverses have already started to subsume music and movies within them and as an industry, online gaming is bigger than movies & music.”

Real money games and skill-based gaming are emerging frontiers in India for not only social connect and scalable leisure option but also for the potential to create a lot of shareholder in a value chain that comprises a new set of gamers, immersive metaverse, gaming tournaments with prize money and hence, viable career options waiting to emerge.

Globally, The eSports and video gaming market have already outpaced their contemporaries in the film and music businesses with what is expected to be a $300 billion annual industry by 2025 according to industry sources. India with nearly 400+ e-gaming start-ups is a very important market and one that has great potential for growth and development with the right regulation. Octro has been creating made-in-India leisure options for the world at large, thereby gaining a strong foothold within the Indian gaming industry with a projected user base of more than 700 million gamers in India by 2022. 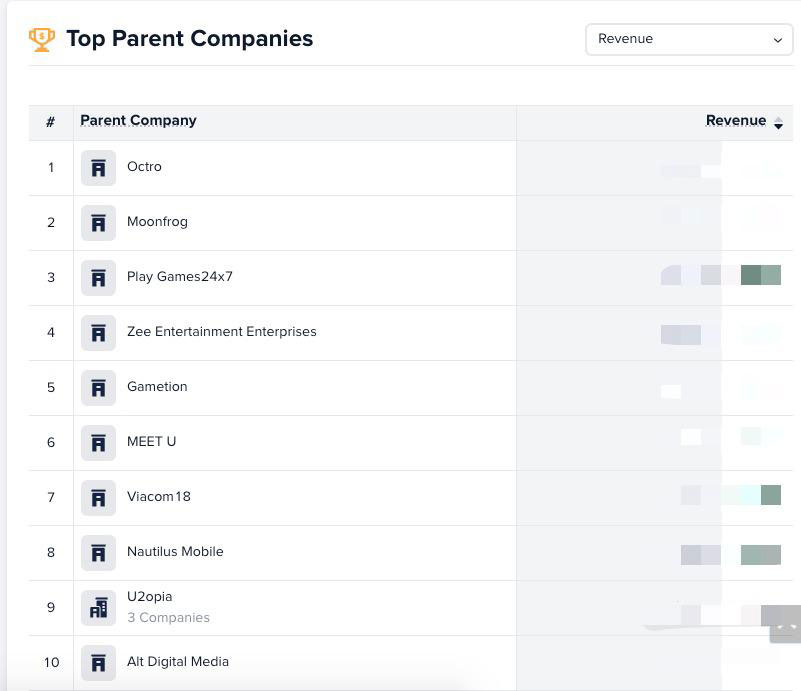