Redseer, a widely quoted internet focussed consulting firm shared its report on OTT Video Market in India. According to the report, Sports streaming period saw the highest OTT Video consumption in 2020. As the Indian Premier League (IPL) was played from 19th September to 10th November 2020 there was a sudden growth in sports genre. The OTT consumption in September and October stood at 228 billion minutes and 231 billion minutes respectively.

In the report we also saw in the pre Covid time there was declining in new releases and discontinuation of free trial by Netflix. During the lockdown, there were new movie and series releases with users watching their favorite content on repeat. Once the unlock began, the OTT engagement dropped as users started moving out and TV soaps made a comeback. 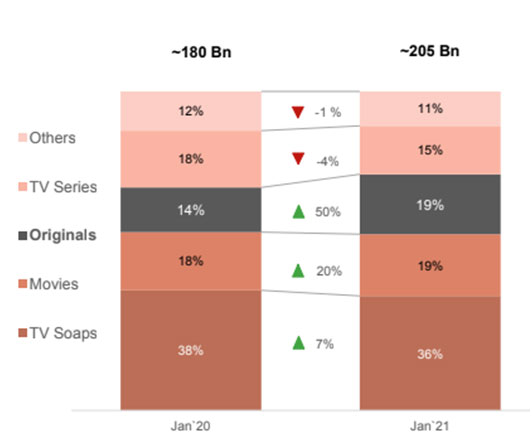 Higher releases leading to strong growth for Originals & movies consumption on OTT. In January 2021, original web content contributed 19% to the overall OTT consumption compared to 14% in January 2020. Also, the movies genre got rise up by 20% in 2021 There has been a higher number of mainstream releases of popular Bollywood & South Indian movies on Hotstar& Prime. Increased dubbing of International movies into vernacular languages led to increased movie consumption. 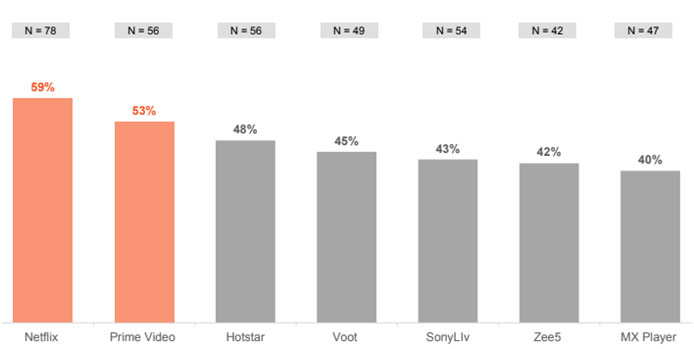 According to the report SVOD platforms have the highest NPS in OTT Video. Where, Netflix and Amazon Prime Video having the highest NPS scores in OND 2020 followed by Disney+ Hotstar, Voot, SonyLIV, ZEE5, and MX Player.