Rishabh Pant emerges as most preferred player on whom readers spent maximum reading time while Virat Kohli is the most read cricketer: Taboola ‘Reader Engagement’ Findings on Cricket Players

New Delhi: Taboola, the leading discovery platform, shared their first ‘Cricket Players Reader Engagement’ findings, capturing the readers’ preference for players, their engagement time reading about players and monthly reading patterns during the past year (March 2018-February 2019) on the open web. The key highlights of the findings are marked by Indian Captain Virat Kohli becoming the most read Cricket player, whereas rising Indian cricket star Rishabh Pant emerged as the winner on most time spent by readers. Taboola’s ‘Reader Engagement Findings’ are based on their analysis of the open web, which included +450 Million Readers, +190K Articles, +4 Billion Page Views and +3.3 Billion Minutes of reading. 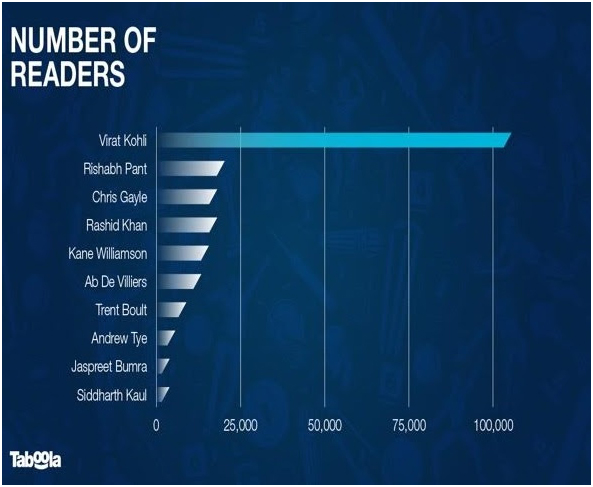 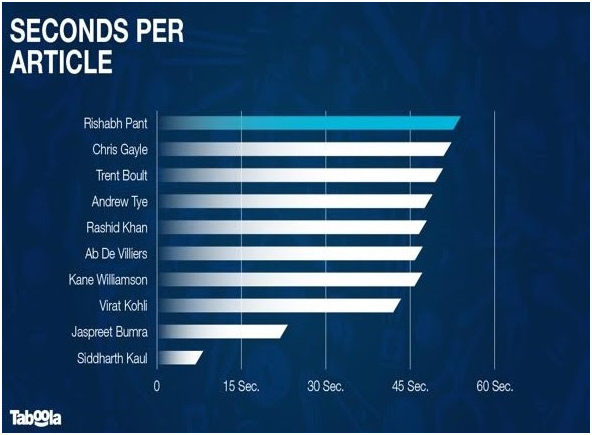 The findings came up with the amount of time cricket fans spent reading about their favourite cricket players as well. Here, it was a surprise, with Virat Kohli coming in at the 8th spot with an average of 39 seconds per article. Taking the lead, Rishabh Pant made it to the top with almost 54 seconds per article. Other Cricket players included Chris Gayle taking the 2nd spot with around 52 seconds followed by Trent Boult with 51 seconds. The list featured Andrew Tye at the 4th spot with readers spending 48 seconds reading about him in an article. Rashid Khan stood at the 5th spot with 46 seconds, wherein AB de Villiers and Kane Williamson had a tie with readers spending an average of 45 seconds on both players. The list included two more Indian players at the 9th and 10th spot with readers devoting 21 seconds to read about Jaspreet Bumra and 5 seconds about cricketer Sidharth Kaul. 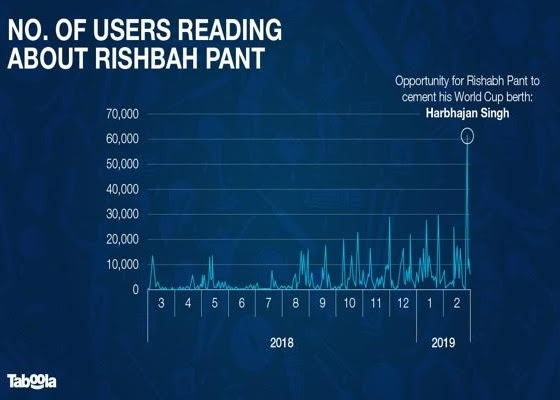 Additionally, Rishabh Pant enjoyed a high frequency of readers’ engagement indicating a steady rise in the young cricketer’s attention gain during the time period. The data further indicated that while readers consumed information about Rishabh Pant consistently in the last year, the month of Feb 2019 saw a sudden rise with nearly 600,000 hits.

Advertisers looking to raise their brand awareness and increase revenue and traffic can use the Taboola Trends site data to monitor what topics, keywords, and creatives are most effective at any given moment.