With an objective to encourage people to vote, The Hindu launched the #VoteIsVoice campaign. The campaign, which was launched on March 29th, had the core message to urge voters to “get up and go to the voting booth” reminding them of the importance of every single vote. 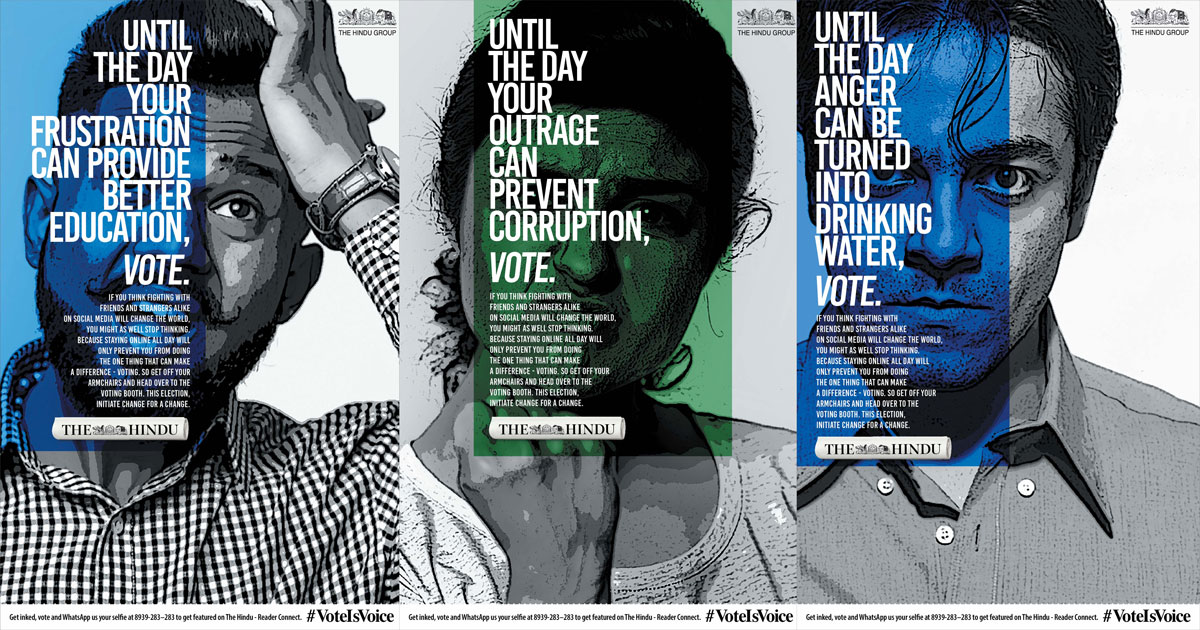 The Hindu #VoteIsVoice conveys simple truths packaged as wake-up calls that anyone can relate to. A reader engagement activity has been roped in as well. Post voting on 6th April, voters can send their selfies with the ink mark and get featured on The Hindu Reader Connect social media handles.

Speaking about the campaign, Suresh Balakrishna, Chief Revenue Officer, The Hindu Group, said, “We often catch ourselves wondering, what is my one individual vote going to do? The right answer to that – it will change the future for the better. Every vote counts, and when the right is exercised in unison, it becomes a collective voice that cannot be ignored. With the ongoing pandemic, our reasons to abstain have multiplied, but our civic duty to this land stays intact. We wanted to remind people of the power of their vote. With that in mind, we created The Hindu #VoteIsVoice campaign. The sole intention was to encourage people to vote. It is as simple as that, get up and go to the voting booth. That is the core message of this campaign. We can choose to bring about a change or complain, that is left up to us”.

Mumbai: Formula E has today announced a new multi-year media partnership with Star India to broadcast the pinnacle of electric...