There is obviously a white space for a non-scripted player, if anyone in this country can bring that to the table, it is got to be Discovery: Megha Tata

World’s largest factual entertainment company Discovery Communications, has entered into India’s video streaming landscape with the launch of ‘Discovery Plus’. Aimed at filling the need gap of premium factual entertainment, the app is available in both – subscription (SVOD) and ad-supported models (AVOD).

The app is first of its kind service from Discovery globally, where ‘Discovery Plus’ will have aggregated and curated content across 40+ genres including Science, Adventure, Food and Lifestyle.

Megha Tata said, “Discovery’s been in the country for over 25 years, we’ve been leading in the real life entertainment space for all this while we’ve been able to create our localization strategy through our languaging proposition which has made the content far much more travelled deeper into the country, and obviously added to our performance as well to make us and continue to make us deliver the leadership position in this real life entertainment space. So on TV, of course, that’s been the story and it’s been a great sell and a great proposition and it continues. But we also realised that a lot of content is getting consumed to multiple devices, we can see that the content consumption is there are alternative options being evaluated not as an either or, people do want to get an option of watching the content on multiple devices at their own time at their own ease and convenience of device and format. That was an interesting insight for us, to deep dive into seeing that how do we bring a proposition into the country. Now why we were doing this, we also had a very critical discussion and debate internally to evaluate and rightfully, with so many players in the market already there, 42 to be exact will it be yet another app to the consumer. So it was a very critical question to be answered and a very relevant one too.”

She mentioned that they decided, “To go out in the market and research this out, first as to what people want, why do they want another APP. This was for our understanding of the genre and the insights, we were pleasantly surprised at the research findings. If you were to sort of visualise, a Venn diagram, put all these 40 plus players on the left side and all this fall under the scripted entertainment space each of these players in the country today are fighting their share of voice, have a similar kind of audience profile and debate on scripted entertainment and everyone fighting that on very high cost values as well because the cost of content is a big challenge and one is trying to outdo the other. I am not sure how sustainable that model is going to be, but that’s the reality that that’s the space everyone’s fighting on. We said, okay, let us see what are the options available in the non-scripted space in the real life entertainment space, and they were none. We realised in the Venn diagram the sharing portion, there might be a few players who carry some content which is in that genre but for a limited number of hours. We seized the opportunity, realised that there is obviously a white space for a non-scripted player, if anyone in this country can bring it to the table, it is got to be Discovery for two reasons. One, we are a leader in that space, we have done that time and again and have continued to bring in not only the quantity but the quality of content. But more importantly, we realised to make it a business model which is sustainable and economical. The beauty was that we had a depth of 300,000 hours of content, which was getting replenished every year with about 8000 hours a year and all that content is ours, we own it. A lot of that content has not been seen being shown in this part of the world and that for us was a clear winner for us to say we are able to bring this content into India without spending the kind of cost which people are spending and make it a economically viable proposition as a business and to the consumer.”

Then the other aspect, she said “what we bring to the table as content just in a cut, copy, paste style, we will have to create a product for India by India for the Indian audiences and that’s what exactly we did. So as I can see, I’ve been working relentlessly, for the last many, many months to put the idea together, the thought and the format together, the curation of content together to be able to bring a content or a product, which is for India, specifically created out of this huge library of content, which we own. So these were the key insights and of course, languaging continues to be the key, value which we bring to the table because it was on linear and we can intend to continue to work on our digital platform as well. So these were key areas we found an opportunity for a product like Discovery Plus to have its own legs to run on”. 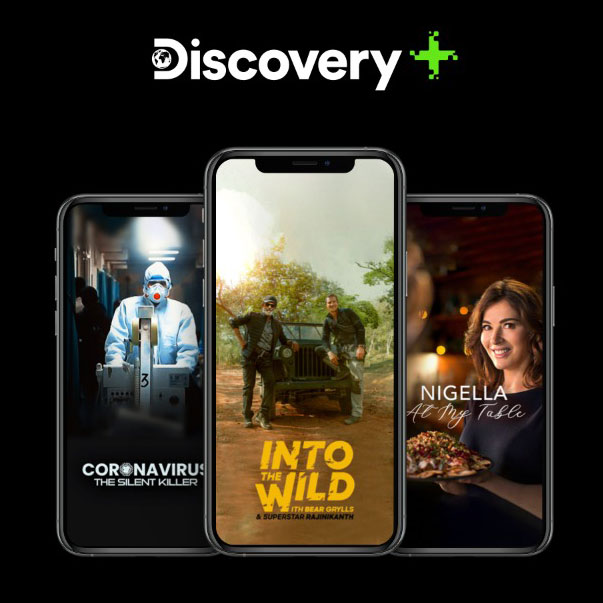 Issac John explains the way the content is programmed in the App, “I think that what  we have done within the product is that we have gone beyond just offering a standard conventional OTT viewing experience by which I mean that if you look at right the front and center of the app, you will see a section called shorts. Now short is a very unique content experiences, discovery loyalists have experienced and watched  20 minutes, 40 minutes and 60 minute great documentaries and specials that we have done over the years. Here is a section that actually goes an extra step and offers content to them in a manner that’s very easily, consumable, the reason why we did this is because as we were looking at the trends that were emerging in video consumption, we felt that this will have to be an important part of our product and content strategy that the APP gives the users an opportunity to sample a content in short bursts of time. I think if we fall in love with our content, they will eventually go on to the longer version, that’s the number one strategic decision that we took.”

Issac also mentioned that during research, “the second thing that we have done is that we did a lot of consumer home visits and as we were driving this, a lot of homes in tier 1, tier 2 cities like Lucknow, Ranchi, Patna and whereever we went there and asked them as to what do you think of this app? We got a positive response, they said they would subscribe and they also felt that their kids needed some infotainment. You know that is the truth which we have heard growing up, is actually still unshakable and irrefutable in India, whichever part of India you go. We had also not exposed our content on E – platforms like YouTube and Facebook. A lot of confidence with that messaging the consumers were telling us, on the bottom right of the scree there is a section called ‘Mind-Blown’. The content there is all about customised, curated thematic collections which are great for 10 to 14 year olds. The content is brand safe, trendy and it is educative. We have 300,000 hours of content we will be curating a special section out of that specially for India, even within that how does the customer get to the right you know collection that would appeal to, every week we will be dropping two new customised collection on the APP. It is a completely, homegrown and genuine from a user experience point of view.”

As per Issac, “The third pillar for us was actually the multiplicity of languages to tap into, tier one and tier two India because even there when we had done these home visits you know one of the homes We had gone to the lady said it looks good but how does one change the language? We then made sure that it would be a seamless experience to change the language. 70% of the content is actually available in five or more languages, every month, adding new languages i.e. 20% in Marathi, Kannada and Malayalam and 10% of the content is available in English and Hindi. We are catering to about 45% of India’s speaking population right now.”

“In a digital world that’s laden with hours and hours of scripted content, Discovery Plus offers a unique and untapped opportunity for us to build on the trust of the flagship brand and offer content that truly powers people’s passions across verticals as varied as Adventure, Science and Lifestyle to name a few,” said, Issac, “Over the next 12 months, the lineup includes premium content across all our key genres such as Into the Wild with Rajnikanth, Expedition Unknown, Coronavirus: The Silent Killer, Food Factory, Mythbusters, Wild Karnataka and Project Runway among many others.”

Pricing and tie-up with Google Pay

“The tie-up with Google Pay is a one of a kind interaction, with so many OTT Apps in the country today, we are the only ones who have gone deep and arguably tied-up with one of the best payment APP today. Today you need strong partners who believe in giving great user experience,” said Issac, he also mentioned that when it came to pricing the company,” was very conscious of the fact that we did not want the price to be a barrier, at 299 rupees a year, it is the most competitive offering for this quality of content, as compared to the pricing of all the other OTT platforms and easy to communicate to a consumer that this product is available for less than a rupee a day. The content is brand save, it is educated, it’s entertaining, and it’s differentiated.  So I think we really went very deep on the price valuation.”

The much-anticipated Superstar Rajinikanth’s TV debut show –‘Into The Wild With Bear Grylls’ will be launched first on Discovery Plus at 6:00 am on March 23 much before the television premiere which is at 8:00 pm. Discovery Plus will also exclusive videos including Behind The Scenes for Thalaiva’ s fans.