Mumbai: MK Anand, MD and CEO, Times Network on Sunday said that Times Network’s Hindi news channel ‘Times Now Navbharat’ is our effort to convey people’s correct and accurate message to the government and vice versa. He also reiterated that the his network in not in race for TRP.

He further said that Times Network is not part of “TRP race” and that it works only for the welfare of the country and its people.

“In the world of English news channels, we have been running country’s leading news channel ‘Times Now’ with the same resolution for the past 16 years. Issues which we raise at Times Now, they become a topic of discussion among people the next day and reason for a change in the society and political circles. We are not part of any TRP race. We work tirelessly on such issues and news which are in public interest and also contribute to the welfare of the country and the society. This helps us get TRP organically,” he said.

He asserted that a “new India” will emerge only when key and important issues are raised in a right manner, and also when there is a proper communication between people of the country and the government.

“Times Now Navbharat is our effort to ensure this only. We hope you will continue to love and trust us. We and you will bring about a change in the country together and make a “Navbharat” (new India),” he said.

Times Now Navbharat has released its Manifesto which was written by the legendary Creator, Writer and Lyricist Prasoon Joshi. 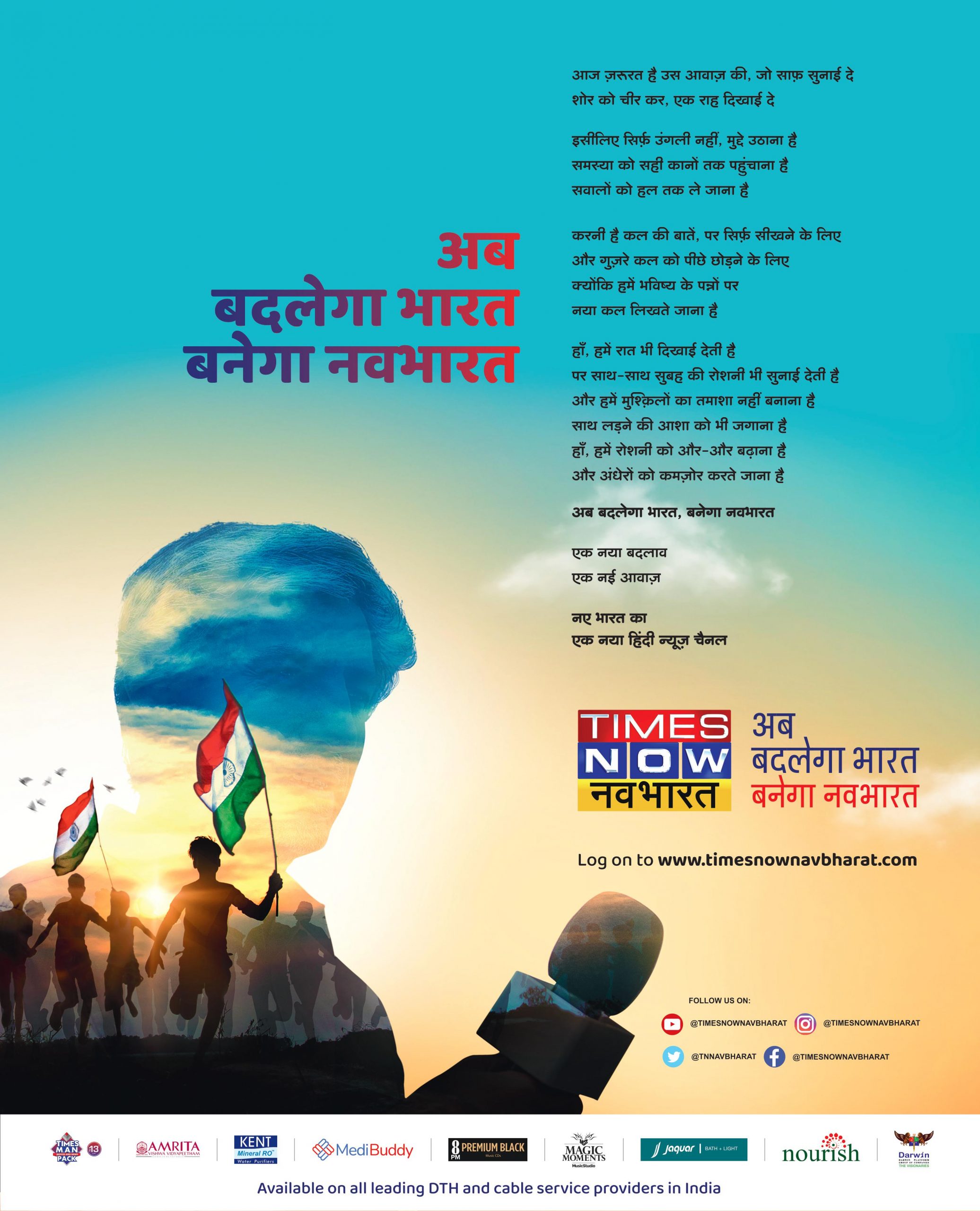