Mumbai: Chrome Data Analytics and Media’s Optimal+ data has released the comparative study of the performance of various brands in week 33 against week 32. The report categorise the performance of brands under three broad categories namely Most Watched ads, Most Aired ads and the Most Liked ads based on analysis of data involving 34000 panel homes across the country.

Chrome Optimal+ data reveals that majority of the slots in most aired ads category were occupied by fresh players in week 33. Vimal Elaichi Pan Masala Campaign secures top position in Most Aired Campaigns list followed by vivo’s ad campaign for vivo S1 Series in 2nd spot. Campaign by Trivago ramps up the list and secures 3rd spot and Sanitary Brand Dettol’s ad campaign for its range of products in 4th place. Indigo Paints’ Campaign for its Acrylic Laminate Variant manages to occupy 5th spot while campaigns by previous week players like Vanish, Lizol and Harpic drops out of the list in this week. 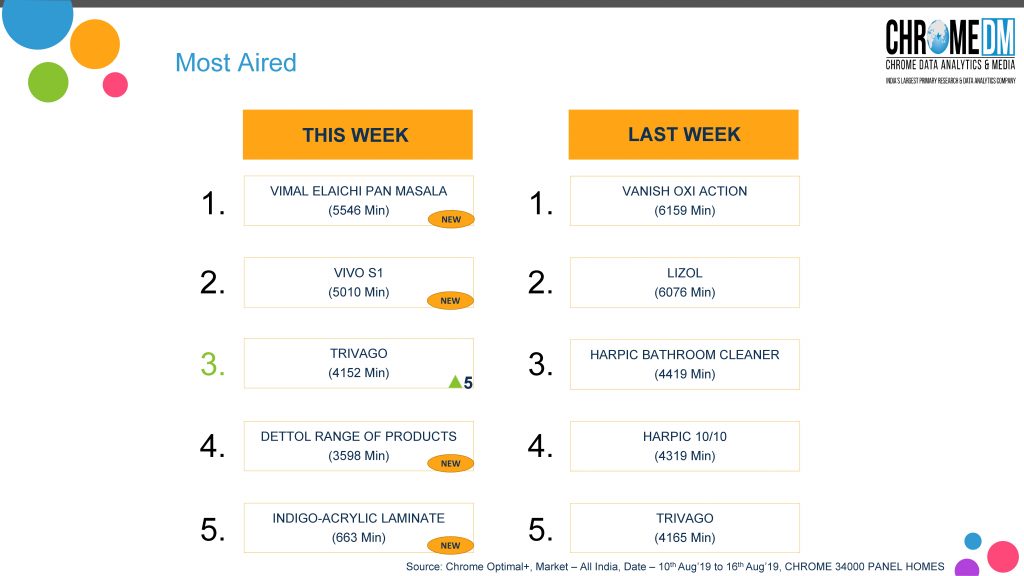 There is no change in pecking order of Most Watched Campaigns of this week as Indigo Paints for Acrylic laminate retains their leadership position. Spices Brand Everest’s Campaign for Everest Shahi Masala Biryani and Everest Tikhalal manages to occupy 2nd and 3rd slot followed by Pampers’ ad campaign for its Baby Dry Pants variant which drops to 4th slot from its runner up position in Previous week. Ad campaign by Amazon enters the race at 5th place While the Campaigns by Tide Plus and Colgate fails to retain their slots and seen exiting from the list in this Week 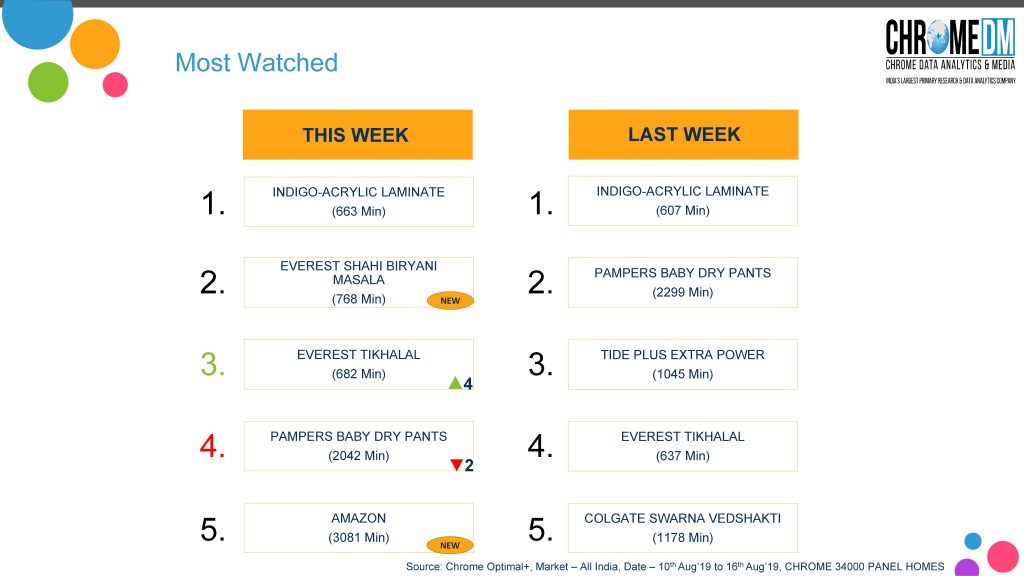 Campaigns by Previous week Players namely Ariel,Clinic Plus,Axe and Kalyan Jewellers were Swept away by new entries in this week. Ad Campaign by vivo for vivo S1 captures the leadership spot followed by campaigns of Amazon and Tide Plus in 2nd and 3rd positions respectively. Baby Dry Pants Campaign by Pampers Seizes  4th place while the Aashirvaad Atta Campaign by Aashirvaad manges to occupy 5th Slot in this Week. 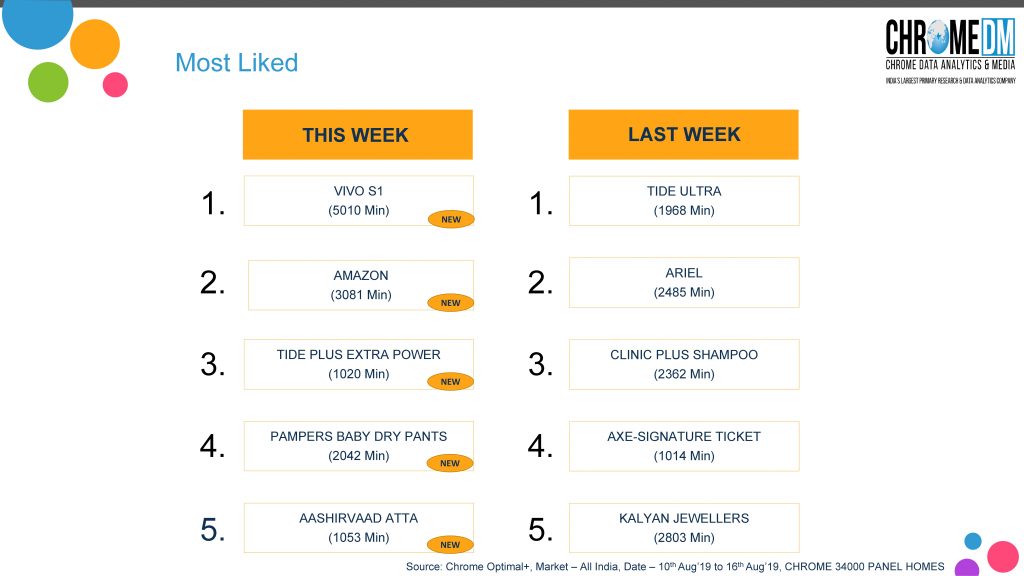 As the new wave of COVID-19 grips India, we’re all fighting a tough battle to stay safe and help the...

Zee Tamil strengthen its original content in the afternoon time-band with Chithiram Pesuthadi at 2:30 PM

Chennai: Zee Tamil, one of the leading General Entertainment Channel (GEC) in the Tamil Nadu market is set to launch yet...