As violence against women and girls intensifies in the aftermath of COVID-19, students from Manipal Academy of Higher Education (MAHE) came together to create a musical composition urging citizens to ensure justice and build a safer India by preserving DNA evidence and demanding it in cases of rape & sexual assault. This initiative was part of the #DNAFightsRape–Save the Evidence awareness drive launched exactly a year ago to mark the International Day for the Elimination of Violence Against Women, in partnership with the Delhi Police, AIIMS, UN Women India and Red FM.

With its aim to educate people on the role of DNA forensics in expediting India’s criminal justice system in cases of sexual violence, the initiative has further gained momentum this year despite the pandemic, with several partners like National Forensic Science University (NFSU), Girl Up (UN Foundation), and Fever104 FM joining what has emerged as a coalition of members from the civil society.

Despite economic progress, India continues to grapple with rising crime, poor conviction rates, and unprecedented backlog of court cases. India’s law machinery still relies largely on out dated and unscientific methods of criminal investigation. Among violent crimes, sexual violence against women & children remains a burning issue. While reports of brutal rapes fill the news everyday with one incident every 15 minutes, only one in four reported rape cases result in conviction! This is because only a fraction of investigations is backed by forensic DNA technology. 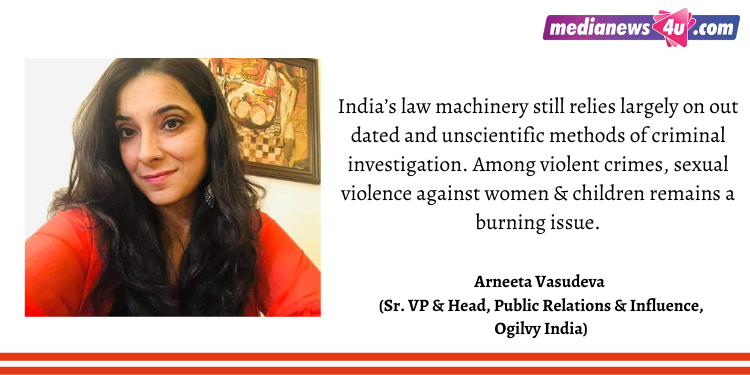 The key insight that our research threw up was that one of the biggest challenges a rape survivor faces is proving the offense while relying on ocular evidence in court. Our campaign therefore was designed to bring to the fore the criticality of collecting & preserving offender DNA through bodily traces from the crime scene, as it is conclusive evidence that can lead to a conviction by eliminating the reliance on witnesses. DNA evidence must not be washed off, it must be saved. It was to drive this message home that we launched the #DNAFightsRape–Save the Evidence citizen awareness drive last year.

It has been a year since the initiative was launched, what has been the response?

We have noticed a significant improvement in public awareness about forensic DNA technology and its importance in checking crime. Over the last year, we have seen DNA become part of public conversations and activism against rape, with youth & women rights groups calling for its widespread use to ensure justice. This has been accompanied by increased adoption by police to crack complex cases, courts stepping in to give primacy to DNA evidence in rape cases, and the government setting up the supporting infrastructure.

The initiative has further gained momentum this year despite the limitations brought on by the pandemic, with several partners like Delhi Police, UN Women, Girl Up (UN Foundation), National Forensic Science University (NFSU), Fever104 FM, and now Manipal Academy of Higher Education (MAHE) students joining what has emerged as a coalition of members from the civil society.

The idea to rope in Chords & Co. and the Anthem how was this initiated?

While we were convinced that people would respond positively to this cause, it was the way our youngsters responded to the campaign that’s remarkable. Since the launch of this awareness drive, we have been actively engaging with college students and youth groups. Not only have boys and girls been receptive to the #DNAFightsRape message but they have showed inclination to volunteer to the campaign and show their support through creative expression across mediums like blogs, poems, paintings, music, and other expressions of art.

As the word spread, Chords and Co. which is the official music club of Manipal Institute of Technology stepped forward to create a musical composition urging citizens to ensure justice and build a safer India by preserving DNA evidence from the crime scene and demanding testing in cases of rape & sexual assault. This programme is led by Delhi Police, AIIMS in collaboration with UN Women India, how is the message Crime against Women communicated to build awareness among the general public?

Collaborations with institutions and endorsements by subject matter experts & civil society influencers have been instrumental in getting the message across to the public. The nature of this campaign necessitated building a credible and respected coalition of members who could educate and positively influence the public, primarily through earned media channels in the press & social media and further amplified by ground/virtual activations.

What is Ogilvy’s contribution?

We see ourselves as the enabling member of a people’s coalition fighting for this cause. Ogilvy India has contributed right from the start by developing the communications strategy & creative concept, bringing stakeholders together from across the broad spectrum of our society, and orchestrating public outreach & engagement. 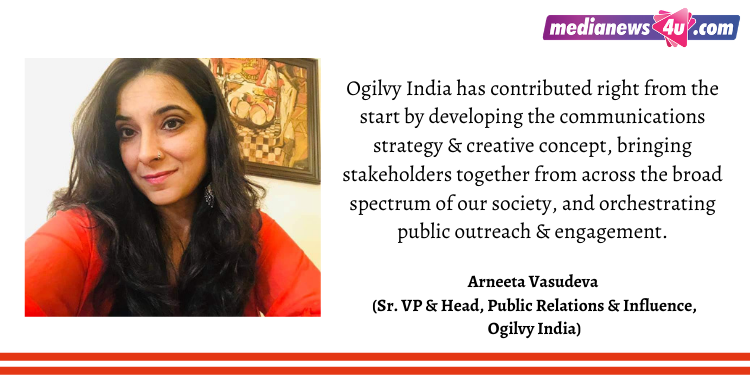 How did Chords & Co. go about the anthem?

They were quite inspired by the campaign and its compelling message. It immediately resonated with their belief that music has the power to change and their mission of creating safer communities where people can live and express themselves without fear. 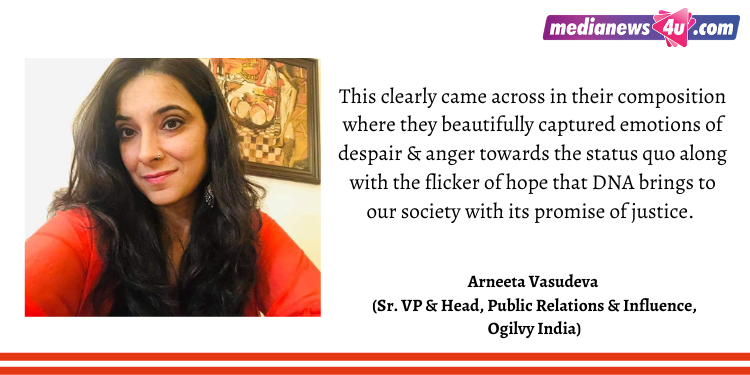 This clearly came across in their composition where they beautifully captured emotions of despair & anger towards the status quo along with the flicker of hope that DNA brings to our society with its promise of justice.