14.6 Cr Indians watched at least one film in a theatre in 2019; South contributes 44% to India’s theatrical reach: report

Mumbai: Media consulting firm Ormax Media released its research report titled Sizing The Cinema: An Ormax Media Report on India’s Theatrical Audience Reach. The report, based on a survey of 5,600 Indians in Urban & Rural India, is India’s first definitive study to size the theatrical audience universe in India. The data for the survey was collected in Jan-Mar 2020, before the lockdown as a result of the COVID-19 pandemic. 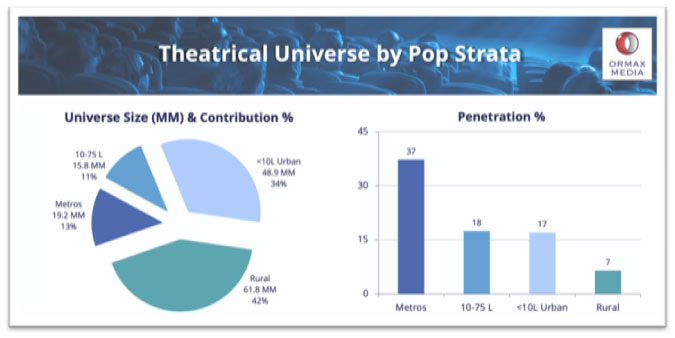 Commenting on the report and its findings, Shailesh Kapoor, Founder & CEO – Ormax Media said: “The quality of data available on Indian theatrical audience is very poor. At 14.6 Cr, India’s theatrical universe is sizeable enough to deserve better quality of data. In a diverse and multi-lingual country like ours, absence of such data can be significant limiting factors for studios and independent producers when they are planning their content & marketing strategies. This study focuses on understanding the demographic of the Indian theatre-goer, as well as mapping language duplication across various states in India, among other things. We believe it will help various stakeholders in the theatrical business take more informed decisions.” 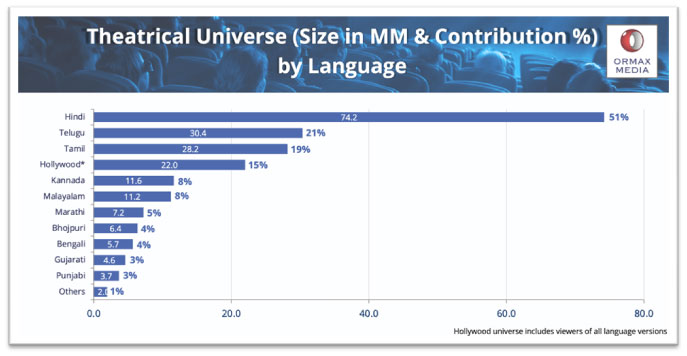