Cricket in India is not considered less than a religion, and over the years IPL too has become an integral part of the Indian culture.

BARC’s 2nd edition of the popular, What India Watched 2019, gives an insight on how much India loves sports and some important viewership trends and facts.

IPL made its debut in 2008 and then ever since it has just got bigger and better. And has been drawing more and more audiences each and every successive year. In 2019, 424 million viewers (which is 51% of the total TV viewing population) watched Live IPL matches. The report highlighted that an additional 9% watched the tournament in restaurants, pubs and other such out of home locations.

The Indian Premier League is one of the best cricket leagues of the world not because of the fact that all the international stars play in this tournament but also due to the quality of the matches the league delivers. Mumbai Indian Vs Chennai Super Kings had the highest viewing minutes of 12.1 Bn followed by Delhi Captial Vs Mumbai Indians with 7.5 Bn views. 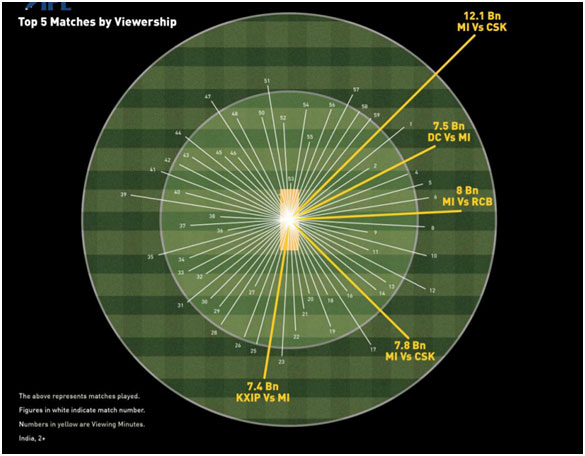 ICC World Cup 2019 saw 509 million viewers glued to their television screens at home and out of home. With 10 nations battled for the cup across 45 matches, 2 million seconds of advertising featuring 192 brands played out over the tournament’s broadcast.

The World Cup brings together the best, for most Indian fans it’s all about the Men in Blue, India-Pakistan face off, and that clearly shows off in the TV viewership numbers. This time even being disrupted by rains, the India versus Pakistan game was viewed by 244 million viewers at home and out of home.

Brands and their love for Cricket

In 2019, brands didn’t leave any stone unturned to showcase and highlight their brands in both IPL and World Cup, Cricket is a religion in India and millions of Indians tune in to be part of this festival every year. Additionally, it is streamed globally, exposing brands to viewers across geographies.

If you look at mobile marketers look at cricket as a great chance to drive growth and revenue. With audience that is excited, it’s easier for marketers to acquire new users. It also allows marketers to re-engage and build a connect with inactive users via discount offers, promo codes, and match updates with the objective of monetizing their target customers.

In IPL, the Top 10 brands that stole the limelight, to name a few we have FOGG, PhonePe, Vimal Elaichi Pan Masala and many more. 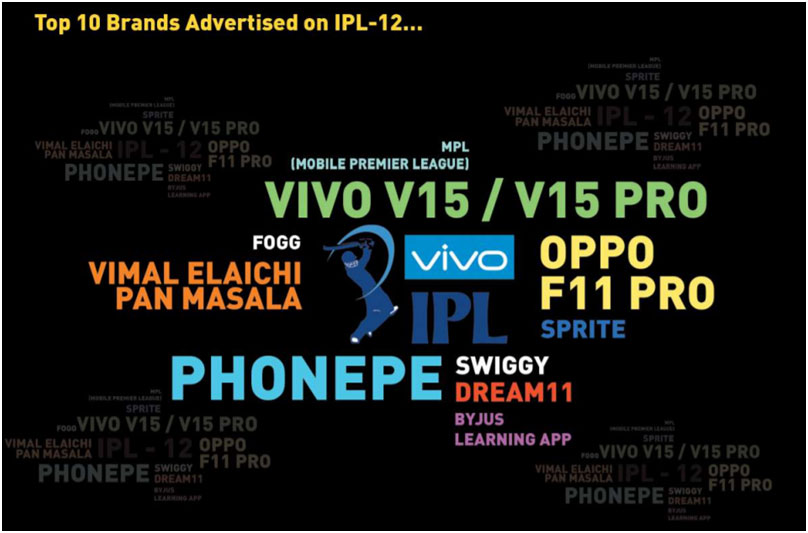 New Delhi: Idemitsu, one of the leading manufacturers and suppliers of high-performance lubricants In the Indian Automotive & Industrial segment,...

Mumbai: Kamdhenu Limited, a leading player in branded TMT bars and in the decorative paints segment, has signed ace Bollywood...