Mumbai: ICC World Cup 2019 matches played by India have scored a consolidated volume of 321 million viewers (*All India 2+ / Live matches) against world cup all match tally of 381 million viewers, as on week 25 data published by BARC India. The most hyped India vs Pakistan match has secured 229 million viewers.

Against 229 million viewers in WC 2019 India vs Pak match, matches between both the countries in other recent tournaments like Asia Cup 2018 happened to be 127 million viewers, ICC finals in 2018 was watched by 268 million viewers.

According to BARC India, the figures include the combined viewership of both Star Sports Network Channels and DD FreeDish. 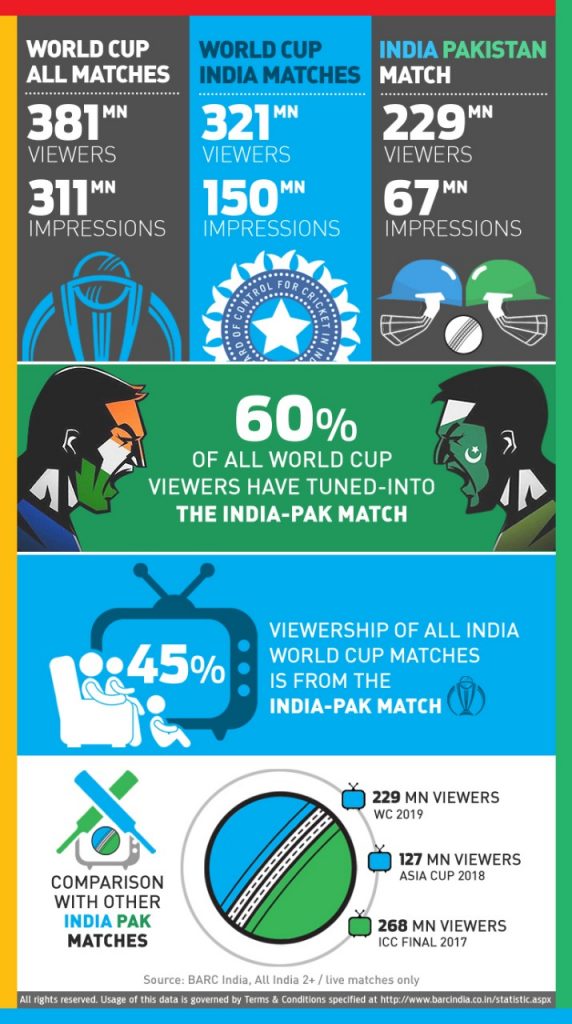 The unstoppable growth of the COVID-19 pandemic has increased the challenges of the nation, exponentially. It has been observed that...