According to TAM Sports-Report, on comparison of Commercial Advertising on TV for IPL 15 and IPL 14 for the first 5 matches, number of Categories, Advertisers and Brands dropped in IPL 15 compared to same number of matches in IPL 14.

During the first 5 matches, the Top 5 categories list had 4 categories from ‘E-commercesector with more than 30% share of Ad Volumes in IPL 15.

12 new categories and 65 new brands advertised in 5 matches of IPL 15 compared to same no. of matches in IPL 14. 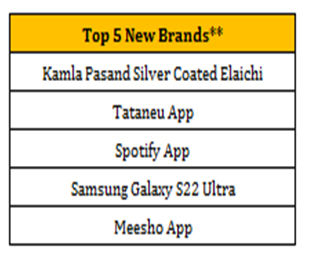