According to the television viewership data released by BARC India, The news genre saw maximum growth among all genres in the week 12 of 2020. In Week 12 India recorded highest TV viewership in History of Television Data. 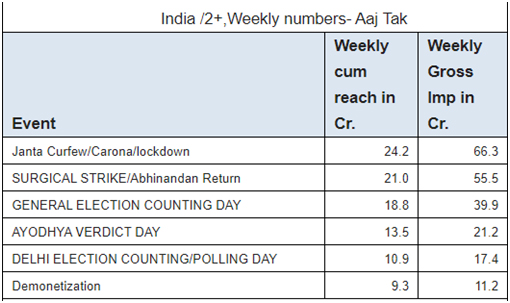 The General Election counting day data saw 18.8 CR weekly reach while in gross impressions it saw 39.9 CR impressions. The demonetisation coverage which was one of the biggest announcements of PM Modi also did not see such numbers on AajTak as the channel has recorded during Covid-19. 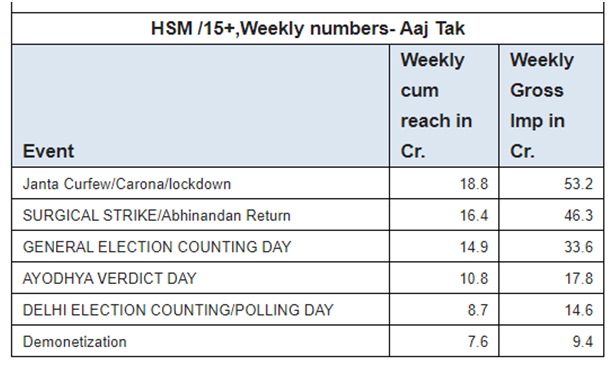 These numbers truly prove the supremacy of AajTak as the undefeated leader of the Hindi News genre not only in the HSMs but also across the country. AajTak has more than 50% leadership margin over nearest competitor.

What remains to be seen is whether the news genre can sustain the spike in viewership even after the Covid-19 menace comes to an end, because once that happens GECs will start creating original content and would do everything they can gain their lost viewership again.

However, these numbers of the news genre should give them the boost and help media planners buy the news’ advertising inventory and help the news channels grow.