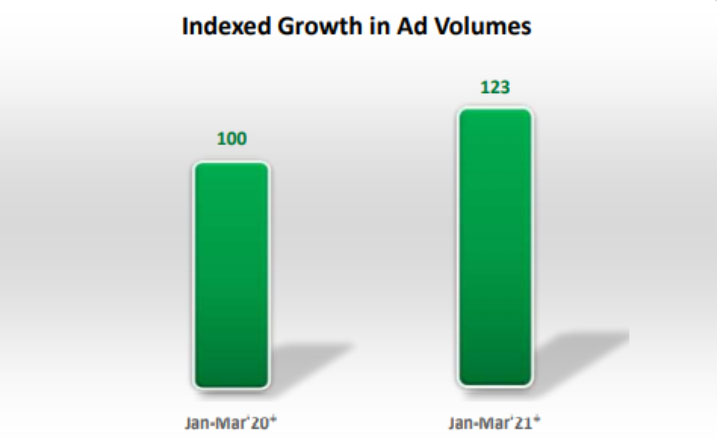 Ad Volumes of Education sector on Television grew by 23% during Jan-Mar’21* compared to same period in the previous year.

Ecom-Education and Multiple Courses together contributed 79% to the ad volume share of the Education sector. Top 10 advertisers accounted for 75% share of ad volumes during Jan-Mar’21* from which Think & Learn topped the list. 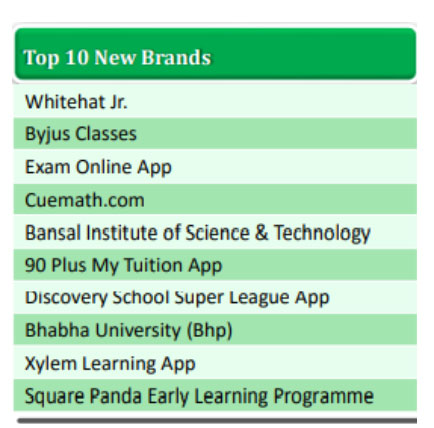 There were more than 280 new brands observed during Jan-Mar’21* over Jan-Mar’20*. where Whitehat Jr. was the top new brand followed by Byjus Classes.

Prime Time was the most preferred time-band on TV followed by the Afternoon time band.  Prime Time, Afternoon & Morning time bands together accounted for 70% share of ad volumes. 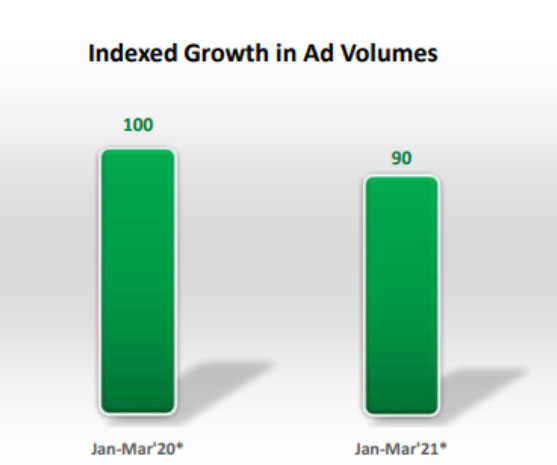 Among 4 zones, North Zone topped for Education advertising with 41% share in Print during Jan-Mar’21*.  Kolkata & Lucknow were Top 2 cities in overall India for the sector advertising in Print. 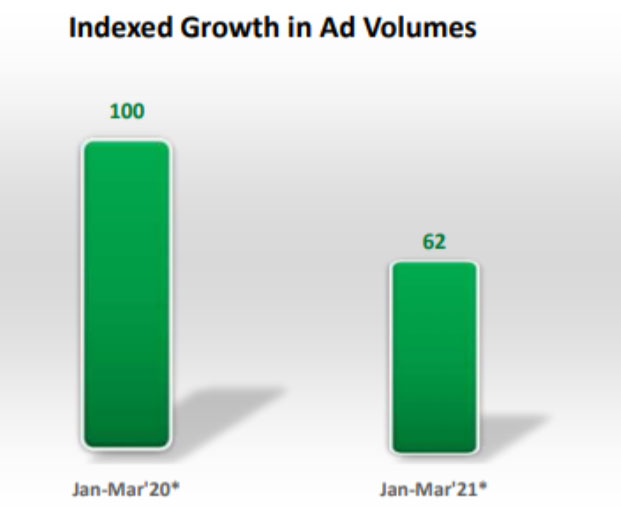 A significant degrowth seen on Radio medium during Jan-Mar’21* compared to Jan-Mar’20*.

In Top 10 Categories and Advertisers of Education for Radio, Schools ruled with 46% of the total ad volumes’ share of Education sector. Whereas, Top 10 Advertisers added 28% share of ad volumes during Jan-Mar’21* from which Parul Arogya Seva Mandal was leading the list. 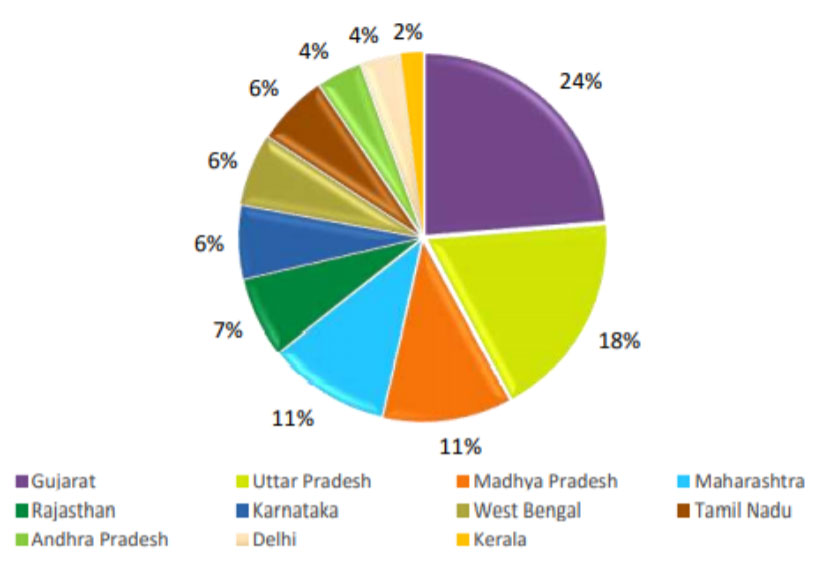 The Top 3 states which were Gujarat, Uttar Pradesh and Madhya Pradesh occupied more than half of ad pie for the Education sector.  Gujarat state was on top with 24% share of ad volumes followed by Uttar Pradesh with 18% share. 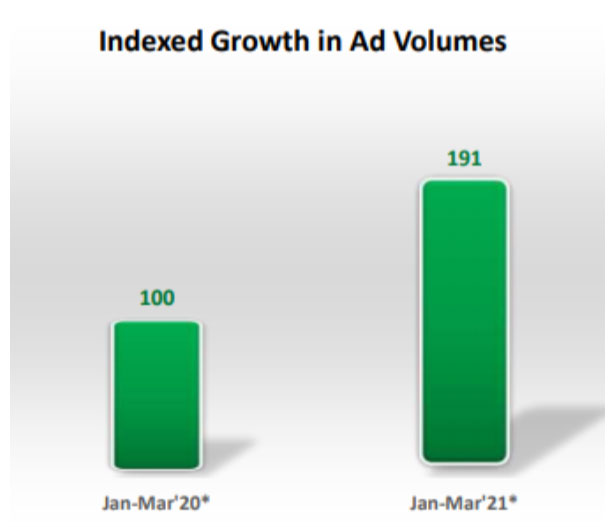 91% growth observed in ad insertions of Education sector on Digital medium during Jan-Mar’21* compared to Jan-Mar’20*.

In Top 10 Categories and Advertisers of Education for Digital, Ecom-Education category was on top with 50% of sector’s advertising share.  Top 10 Advertisers accounted 48% share of ad insertions during Jan-Mar’21* with Think & Learn leading the list. 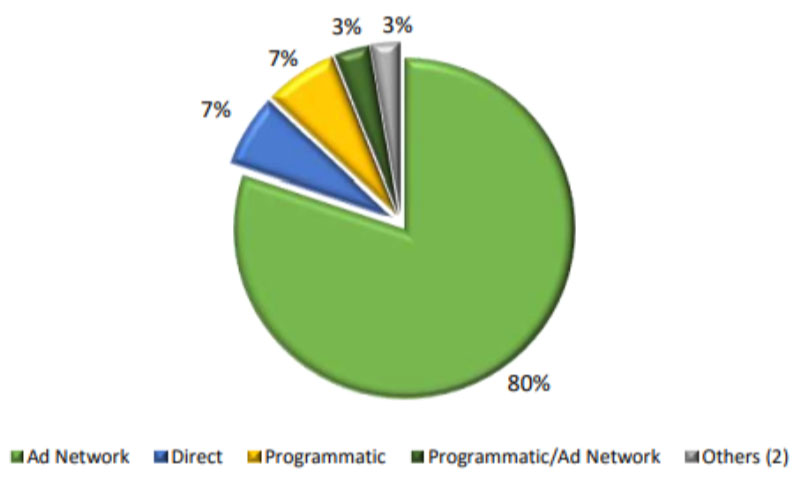 According to media reports, Bharat Ranga, former Chief Content & Creative Officer, Zee Entertainment is all set to launch a...