The survey unveils results of brands under three broad categories namely most watched ads, most aired ads and the most liked ads. The research also gives us a clear picture with the comparative study of the performance of the brands in week 17 against week 16.

Chrome Optimal+ study shows that Bharatya Janata Party overtakes congress party from Week 16 and captures first spot during this week while the congress party dropped down to second spot. FMCG Brands Dettol Toilet Soaps and Santoor Santal and Turmeric takes a leap forward from its position in previous week and captures 3rd and 4th position followed by jewelery brand Lalitha making entry into 5th spot. Dettol Antiseptic Liquid got dropped out from the top 5 Most Aired list in Week 17. 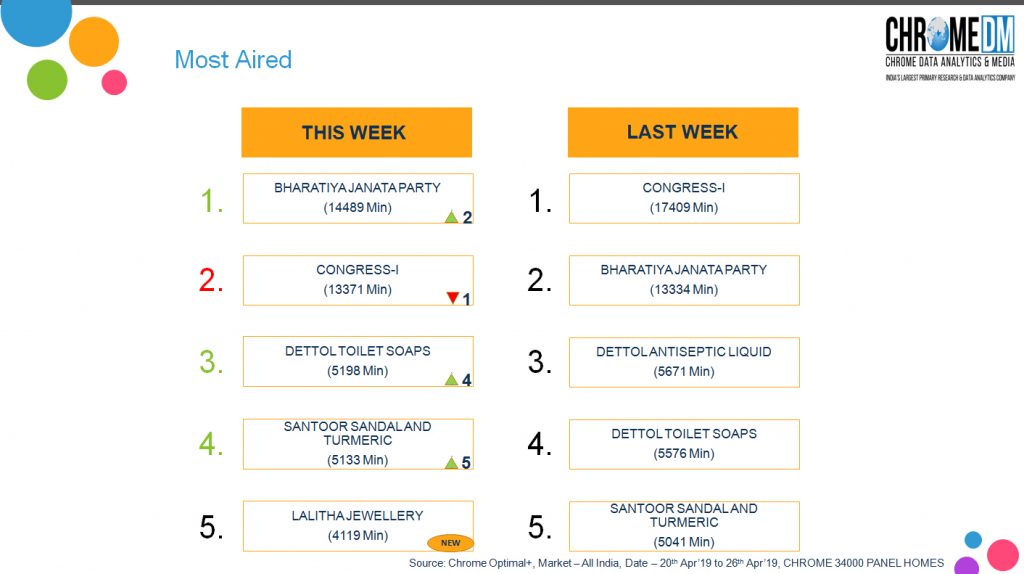 Coming to the Most Watched Ads in week 17, new entrant Apple iPhone is seen topping the list followed by entry of new list of brandslike Bajaj Platina and Cadbury Diary Milk in 2nd and 3rd positions respectively. Previous week leader Amazon.in droped down to 4th position in week 17 followed by Soft Drink Brand Frooti in 5th position. Brands like Pampers, Tide Plus, Sensodyne and Lifebuoy featuring in the Most Watched Ads list in Week 16 failed to appear in week 17. 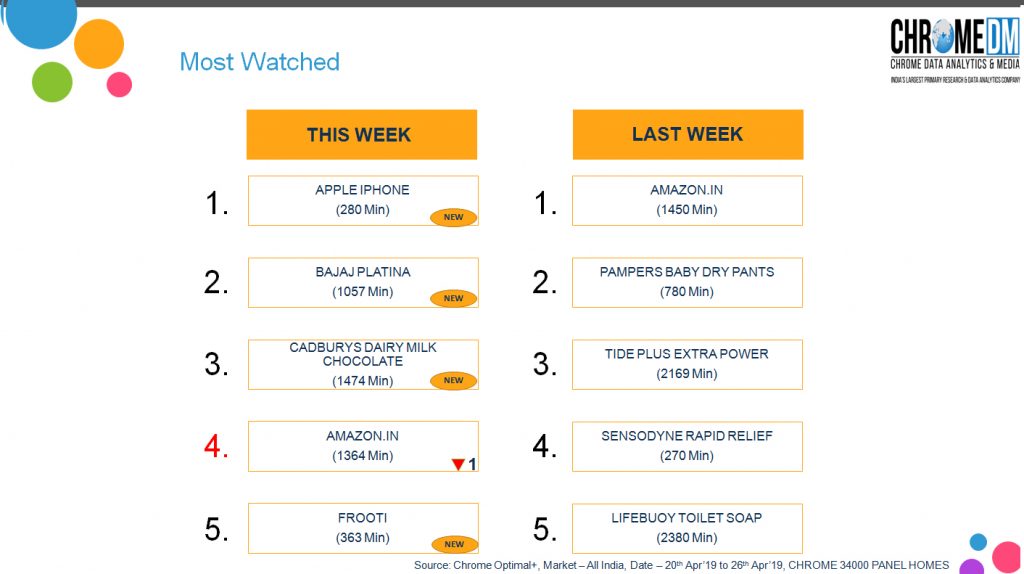