Valentine’s Day is globally celebrated with couples displaying their affection on Instagram, while the rest are found cringing and overusing vomit emoji in WhatsApp conversations. As a result, people turn towards Dating Applications to treasure trove themselves a Valentine. Observing the substantial trend, Bobble AI has released a report on the increased usage of dating applications during Valentine’s Week.

According to Bobble AI’s data, there’s a 30% increase in usage of dating applications around Valentine’s week. 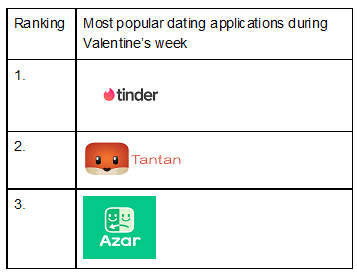 According to Bobble AI’s Data intelligence and analysis-

These three applications are most fashionable amongst both men and women.

While Tinder, Tantan, and Azar are the most downloaded applications, but when it came to the maximum time spent, a different trend came to light. 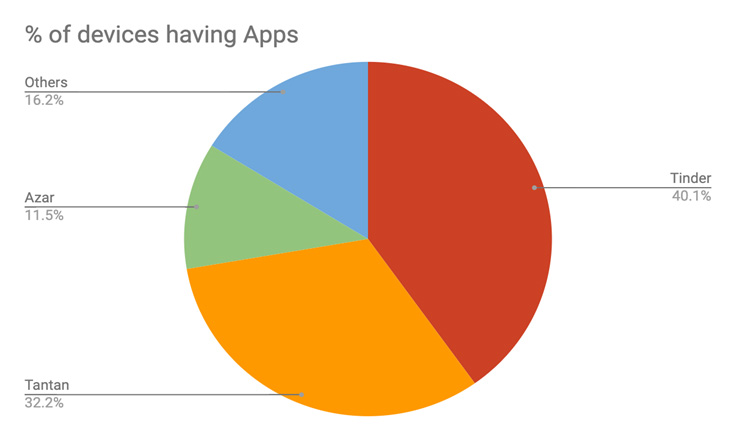 Surprisingly men are spending most of their time on – Azar, followed by OkCupid and Hinge respectively.

Time spent by Men per day on Dating applications:

Whereas, the Female population is investing most of its time on Azar, followed by Hinge and QuackQuack. 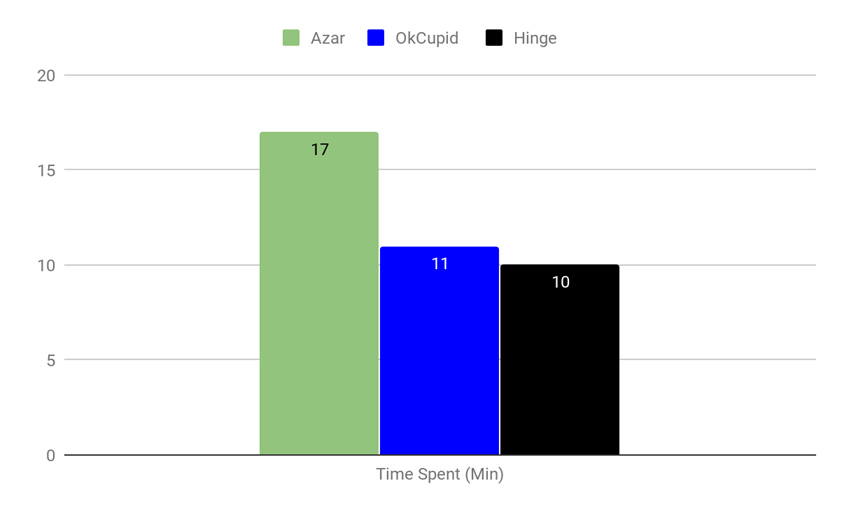 Time Spent by Women per day on Dating Applications: 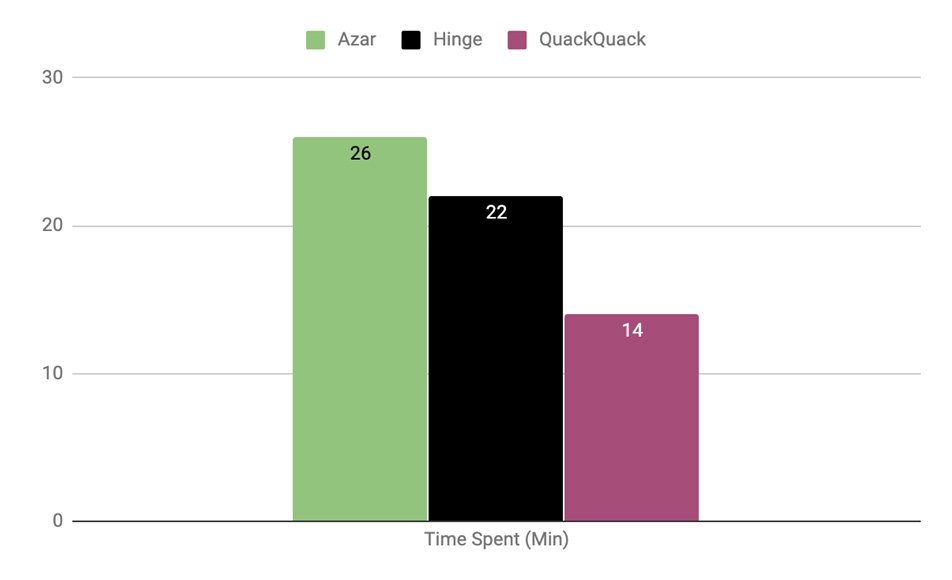 From the above analysis, it is clear that-

On dating applications, people are looking for fast matches and quick communication. Once matched, they typically move to more expressive and comfortable communication channels like WhatsApp or Instagram.

People are preferring a personalized approach and are looking for dating applications which are connecting them with like-minded partners/people. Hence, applications like OkCupid and Hinge are gaining popularity as they are engaging even with less user base.

People want dating applications that are reliable and can be trusted. Therefore, applications like QuackQuackwith verified users are gaining acclaim among huge populations.

Top 10 emoticons on dating applications are: 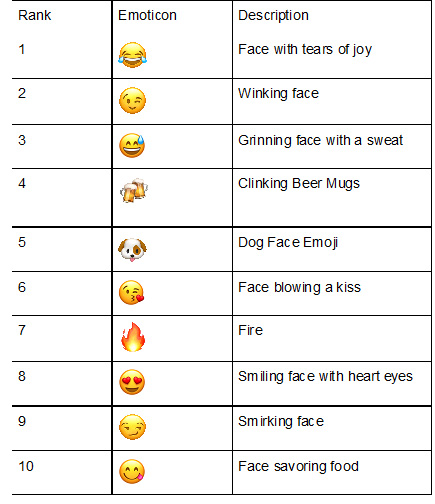 However, one question is constantly being asked – How popular are dating applications in cities like- Ranchi, Jharkhand, Indore, Ahmedabad, Lucknow, etc.? 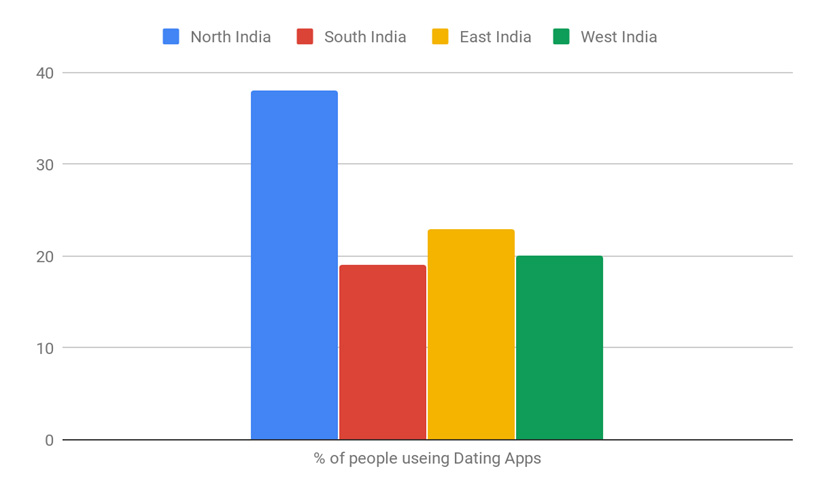