Mumbai: At the 3rd edition of Pixels 2020, the flagship conference of IAMAI on Digital Entertainment, speakers deliberated on the next phase of growth for the industry. The industry is now at an inflection point, and according to toa recent study, the digital entertainment industry is expected to grow at 29.1% between FY19 and FY24 to reach INR 621 billion by 2024. With more than 30 OTT players and 10 music streaming apps in existence catering to various entertainment and media demands, Indians are consuming content across an array of digital formats and platforms.  Incidentally, with the rising number of smartphone users and with affordable data plans, the number of OTT users is set to reach 500 million by the end of 2020. 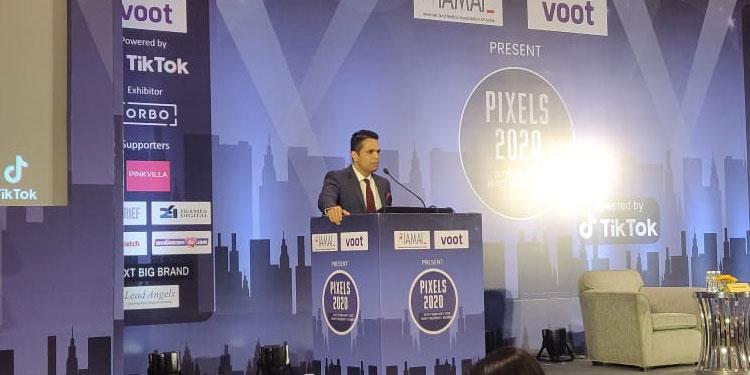 Setting the context, in his keynote address, Nikhil Gandhi, India Head, said: “The last year has seen a sharp growth in short video consumption and added to a big increase in overall watch time for online video. This phenomenon has also given rise to a rich content creator ecosystem which has seen big success with a short video,” he added.

In a panel discussion on the Battle of Web Series – Aiming for 100 Crore Club, speakers discussed how revenue gets attributed in developing a web series and all the nooks involved around creating one. They also discussed how branding and culture of such shows have immensely helped and lead to monetization in the business. Discussing the various aspects of the digital space, the panelists shared their thought on how different business is growing and helping in creating a new system.

On a session on Trend Alert – Children’s Content key panelists like Abhishek Dutta, Senior Director & Network Head – Cartoon Network & Pogo, South Asia; Uttam Pal Singh, Head – Discovery Kids, Discovery Communications; Saugato Bhowmik, Business Head, VOOT Kids gave insights on how localization of shows has actually helping their businesses to grow and adding multiple levels to it like content in local languages has helped the industry to grow. The speakers gave an insight that around 20% of the business caters to the kids’ section and how crucial it is to provide correct content for them. Digital Space along with its vast option also gives out flexibility in many ends and has a huge advantage in building popularity.

A fireside chat was also held with Amol Parashar, where he enlightened the audience how digital space has actually helped him evolve as an actor and has given him that space along with the flexibility without putting any particular constraints. He said the web space has grown over time and allows the actor to experiment and helps in projecting different ideas overall.

TAM released AdEx’s overview of advertising by the Life Insurance category in the 3rd and 4th quarters of 2020. The...

According to the recent data revealed by Media Partners Asia (MPA), India will account for 76% of the Disney+ base...