Dwell Time: The Most Important Metric You’re Not Measuring

Considering people are usually on the move when they see and read advertisement on traditional and digital outdoor media by the side of road (be it LED billboard, hoarding, unipole, FOB, gantry, wall wrap, skywalk, BQS etc), there’s not a lot of time to make the advertising message stick.

The most important thing about outdoor media design by the side of road is its effectiveness when viewed from a distance. Unlike a magazine or newspaper ad that one can stare at for closer look, one can’t just slam on the brakes or throw the car into reverse to get a better look at a billboard, especially if one is moving at 50-70 kms per hour on the busy road. Generally it is said that outdoor advertisement gets just 3-4 seconds of attention span from the people who are on the move to make the message stick. While this statement is half true but factually incomplete. That being said it is very important to understand the concept of Dwell Time of each outdoor media which is entirely location and traffic pattern based.

AdMAVIN based on its proprietary algorithm has developed a way to calculate the Dwell Time. Dwell Time is a function of speed of the traffic and distance of the observer from the mediasite specific to a given geo location. It is the actual length of time during which viewer gets exposed to the media once the viewer enters viewability zone before crossing it. It is a viewer-based metric that combines the geo location data, traffic pattern and media site metrics. Simply put, higher and longer the Dwell Time better the visibility quotient of the OOH media  as it indicates that the viewer has consumed most (if not all) of the content put up on theoutdoor media by having multiple mini glances during the entire length of Dwell Time related to a particular media under consideration. Dwell Time is the new buzz word.

AdMAVIN not only provides Dwell Time-specific to the geo-location but also for the traditional outdoor media by the side of road specific to a given geo-location (be it LED billboard, hoarding, unipole, FOB, gantry, wall wrap, skywalk, BQS etc) which is part of the OOH media plan. At the moment it covers top 40+ cities which account for nearly 60-70% OOH ad spend. 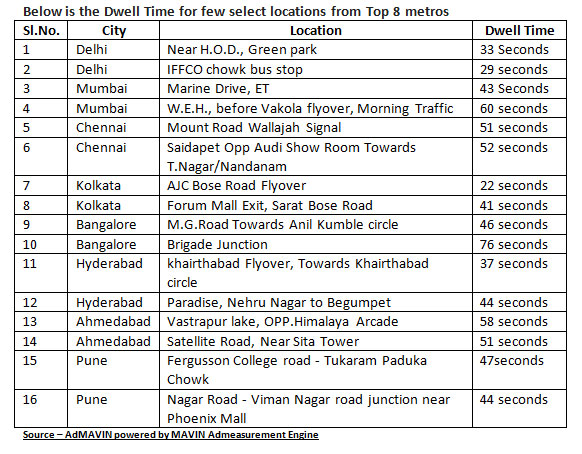 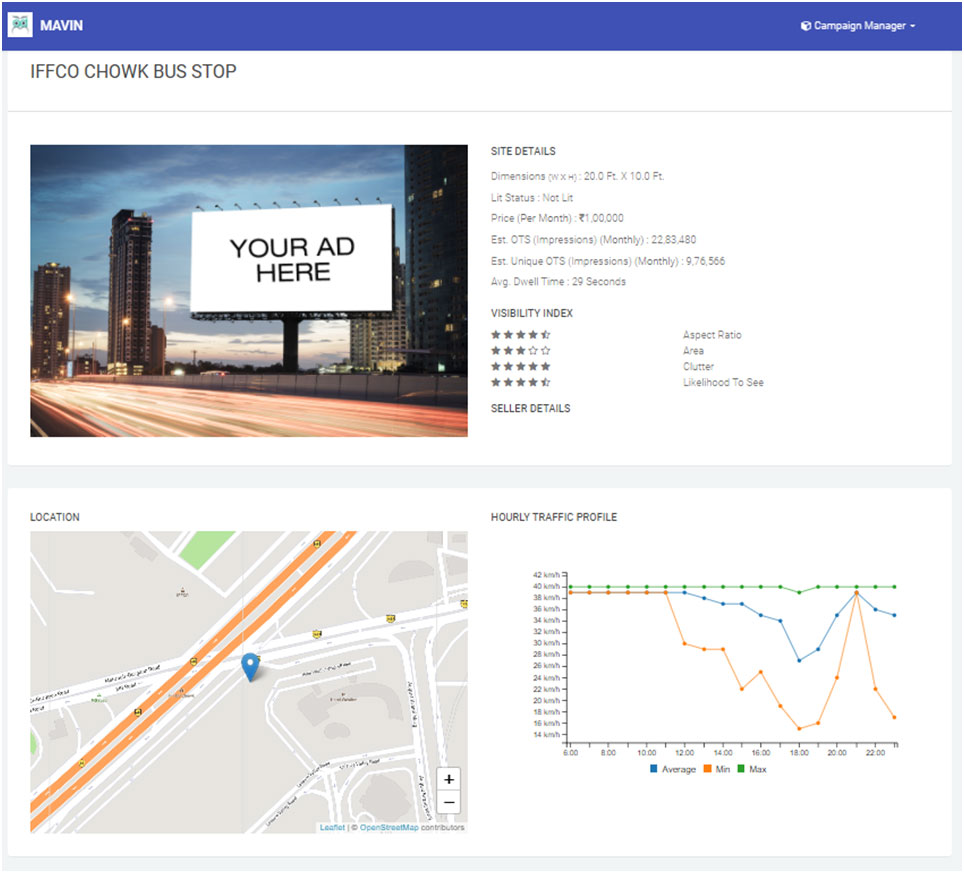 Dwell Time framework is powered by MAVIN engine. The Dwell Time framework has been embedded into MAVIN Campaign Planner. AdMAVIN is recrafting the narrative and envisaging new ways of using the audience measurement data to leverage the data-driven planning tool in an increasingly digital world and empower the Brands, OOH media agencies and media owners (small, mid and large scale) to create scientific approach to decision making and strategy, media planning and campaign delivery.The beauty of AdMAVIN platform is that it lets its users simulate multiple permutation and combinations of audience and media measurement data points thus empowering them to take the right decisions on campaigns which are time bound.

Mumbai: In a bid to recognize and celebrate the initiatives driving positive change in India, Ketto, SE Asia’s largest crowdfunding...

Bangalore: The pandemic and its effects have transformed every aspect of life, including attitudes, actions, and behaviours when it comes to...