Enthusiasm for the metaverse and extended reality is highest in emerging countries, finds Ipsos Survey

A new global survey conducted by Ipsos for the World Economic Forum finds about half of adults across 29 countries saying they are familiar with the metaverse (52%) and have positive feelings about engaging with extended reality in daily life (50%). However, the survey points to wide differences in familiarity and favorability toward these new technologies across countries and demographic groups.

The survey showed that the excitement about extended reality is significantly higher in emerging countries than it is in most high-income countries. In China, India, Peru, Saudi Arabia, and Colombia, more than two-thirds say they have positive feelings about the possibility of engaging with it. However, it is the case of fewer than one-third in Japan, Great Britain, Belgium, Canada, France, and Germany. 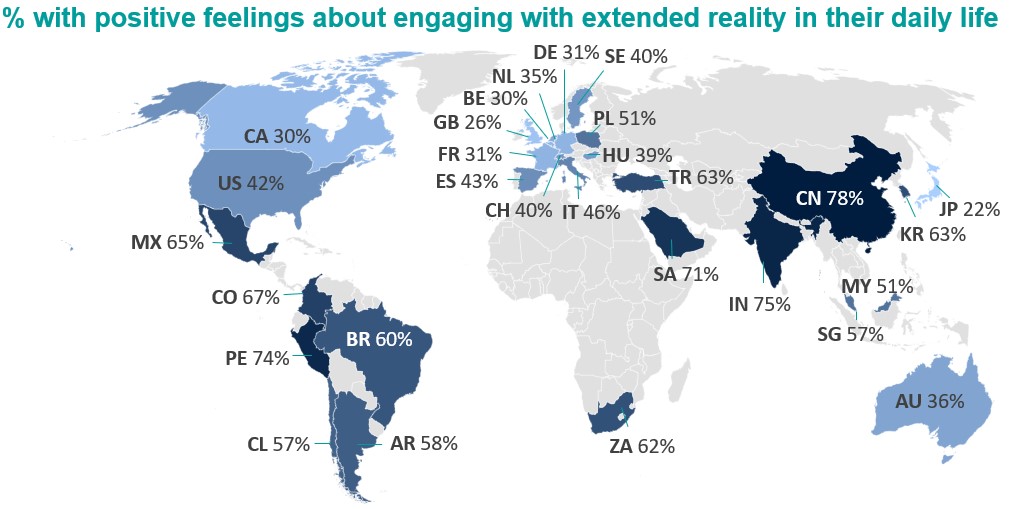 Levels of familiarity with virtual reality, augmented reality, and the metaverse show a similar pattern. More than two-thirds in Turkey, India, China, and South Korea report being at least somewhat familiar with the metaverse, compared to fewer than one-third in Poland, France, Belgium, Germany, and the Netherlands.

“The pandemic has put the focus on digital, and the metaverse and new technologies and India has been an early adopter seeing the merits of the initiation of the futuristic tech solutions,” says Amit Adarkar, CEO, Ipsos India. 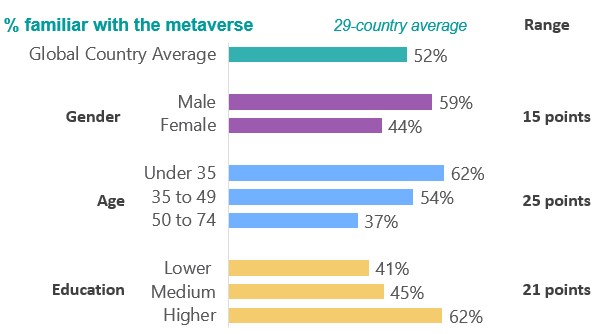 Despite significant differences in familiarity and enthusiasm, the global public widely expects that various types of metaverse apps using XR will significantly change people’s lives over the next decade – most of all virtual learning (for a 29-country average of 66%), digital entertainment in virtual reality and virtual work settings.

Expectations about the impact of metaverse apps also vary by country and by demographic characteristics, following the same pattern as favorability toward extended reality. However, differences are not as sharp, suggesting that, whether they look forward to it or not, most people expect their lives to be profoundly impacted by the new technologies in the coming years.