GroupM has released its Global Mid-Year Media Forecast that details how COVID sharply transformed the global advertising economy from a 6.2% growth rate in 2019 to a double-digit decline this year. The report estimates that the global advertising economy will fall by 11.8%, excluding the effects of increased political advertising in the U.S. This is a sharp decline from the growth rate from 2019 and returns the industry to slightly higher than 2017 levels in constant currency terms. However, the report calculates that during 2020, digital advertising will have a 52% share up from 48% in 2019 and 44% in 2018.

Highlighted below is the industry overall forecast: 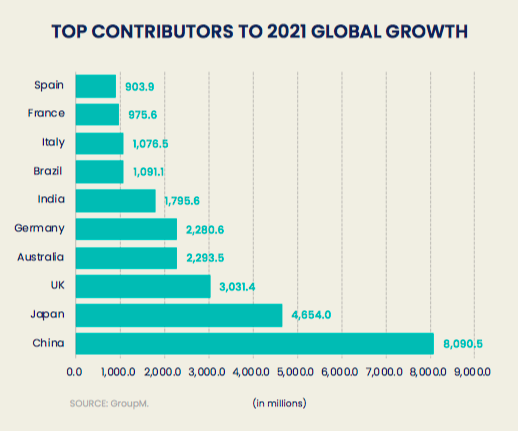 Here are four areas considered in detail at the midway point of 2020: 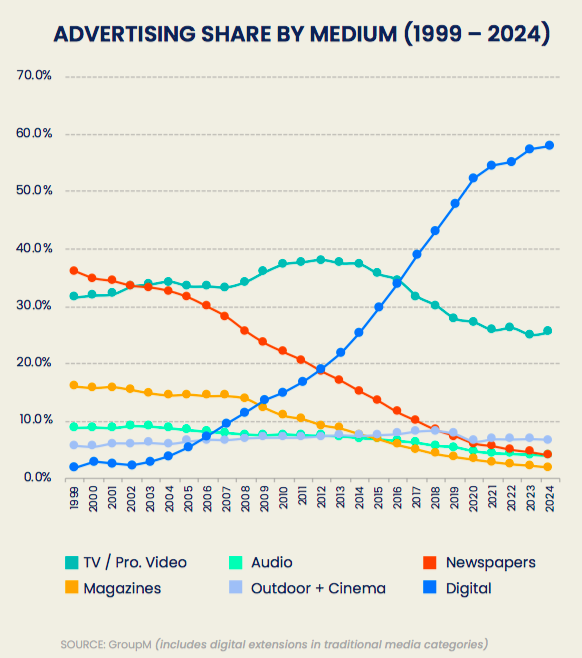 During 2020, digital advertising will have a 52% share of media captured, up from 48% in 2019 and 44% in 2018. Share growth should abate somewhat going forward, adding 1-2% each year. Our new estimates also break out search from non-search digital advertising, with search accounting for $109 billion in revenue during 2020, falling 2.6%. Other forms of digital advertising that account for $172 billion (excluding digital extensions of traditional media) will fall by less, or 0.6% this year.

Digital extensions and related media, including advertising associated with traditional media owners’ streaming activities, as well as Hulu, Roku, etc., will fare much better, with growth of +3.7% this year and +11.3% next year – around 9% of total TV spending this year.

Television’s share of advertising, if we define TV including its digital extensions, is expected to be 27% during 2020, down from approximately 37% 10 years ago.

Beyond 2021, we expect outdoor advertising to grow by low or mid-single digits and generally lose share of total advertising, although we do expect larger brands to generally increase their allocations of budgets to the medium.

After the government withdrew the permission given to Zee Media for uplinking of 10 television channels available in Ku-Band, the...