Mumbai: The Olive Crown Awards recognised campaigns are created to make people pause and take note of the sustainability efforts being initiated by media, marketing, advertising and corporates alike. The initiative this year witnessed over 230 entries from India and Asia vying for recognition in 14 categories spanning across print, television and digital.

“While there are many award properties to celebrate the creative work across the industry, I believe the ones purely focused towards sustainability are few. I’m glad that Olive Crown Awards as a property, under the entire team of IAA’s India Chapter, has emerged so beautifully,” said Goenka. Zee was also the presenting partner for the Olive Crown Awards 2019.

According to Goenka, driving a large sustainability initiative calls for a private public partnership approach with a constant level of synergy to amplify the efforts sown in. “When I say private, I don’t just mean private companies across the industry, but also individuals, like you and me. There are some really simple, yet effective steps that we as individuals can take to contribute our bit in curbing this global problem,” he said.

The first, Goenka added, is to speak up and create conversations around what can be done to conserve energy and reduce wastage of natural resources. “We all know that if we are not a part of the solution, we are surely a part of the problem,” said Goenka urging everyone to give sustainability initiatives a very serious thought.

While Wunderman Thompson was recognised for their creations viz. the ‘Rin Bucket’ advertisement for Hindustan Unilever and the ‘Blink and they are gone’ campaign for Jimmy Nelson Foundation. The Social Street on the other hand was acknowledged for ‘The snake guard’ for Prasadam Industries and a campaign christened ‘Life before ashes’ for Mohan Foundation.

Among other gold winners were FCB Interface with two golds for the ‘Turtle, Bluewhale, Flamingo’ campaign for National Geographic. A gold was bagged by Dentsu Webchutney for their ‘Tiny bugs tweet’ advertisement for Greenscape Eco Management.

Jimmy Nelson Foundation’s ‘Blink and they are gone’ campaign was selected for the gold award in the ‘Campaign of the year’ category. Private sector banking firm Yes Bank won the ‘Green Brand of the year’ title for its Yes Bank Natural capital awards and conservation. Mathrubhumi Printing and Publishing was adjudged ‘The Corporate Social Crusader of the year’ for its social initiatives. 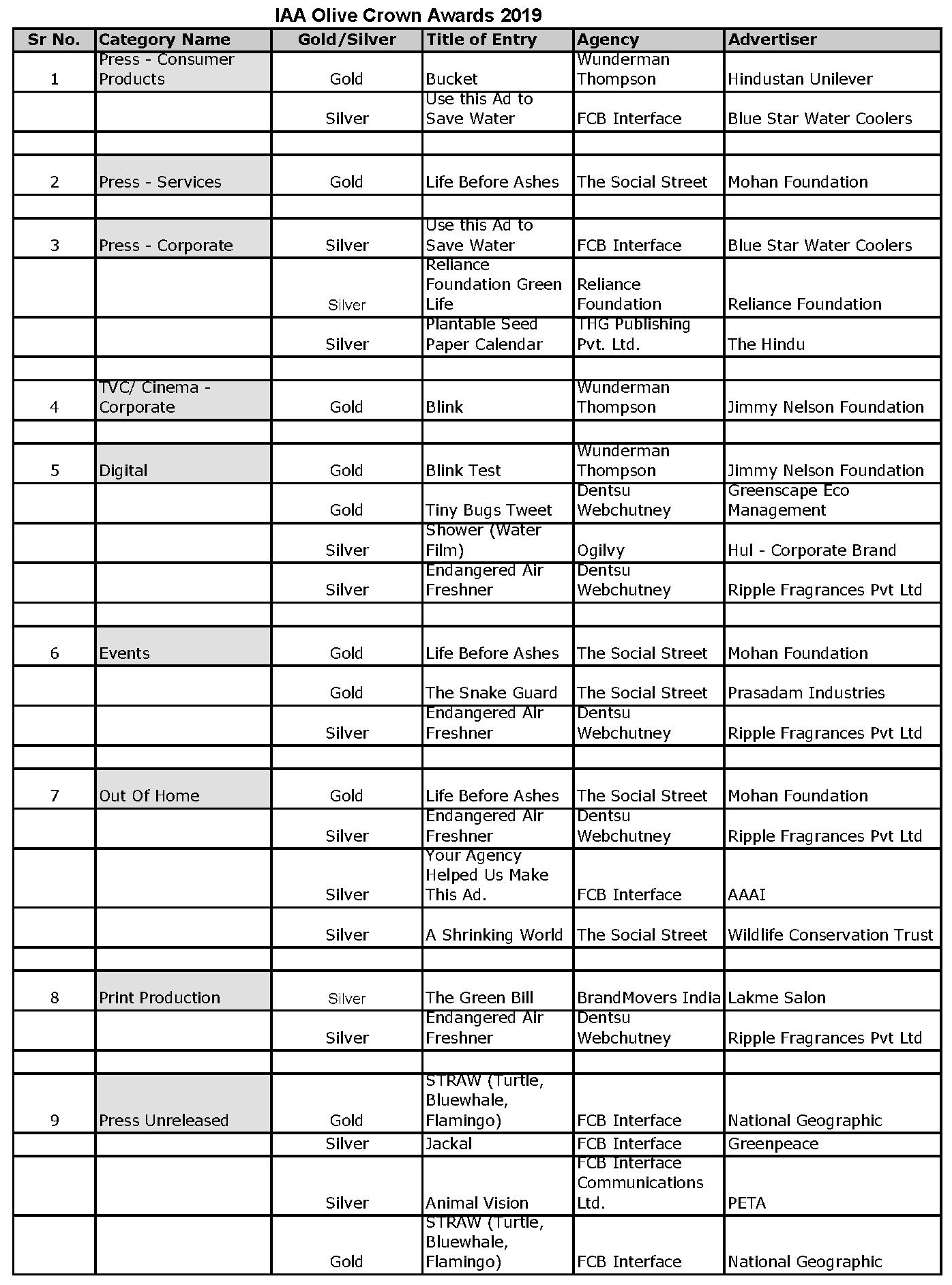 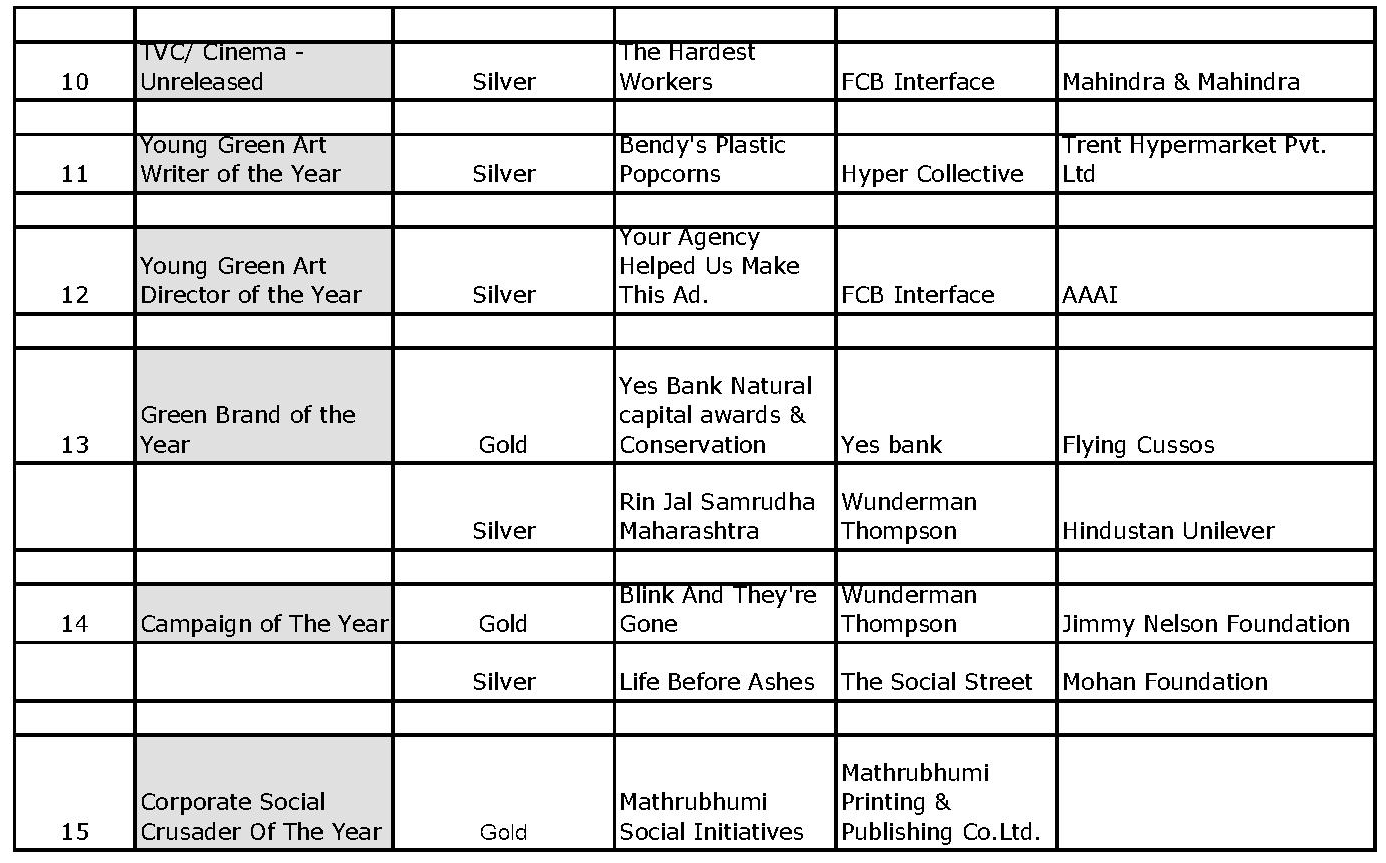 We believe digital spends and digital distribution is going to be a key growth driver for us going forward in...