Mumbai: Music is food for the soul, and Indians are relying on it more than ever before in these tough times, a study into the music listening patterns of more than 150 million Indians by Gaana revealed. It indicates that our country’s love for music is the highest it’s been in a while.

The study revealed a 13% rise in music consumption across India, with a notable 12% spike in romantic playlist streams across all age groups and a 14% increase in devotional playlists – even among 18-24-year-olds! Besides romance and spirituality, there has been a whopping 26% surge in workout playlists as people are bringing their gyms home and a 24% surge in motivational or self-help podcasts as they are keeping themselves focused to power through the odds. 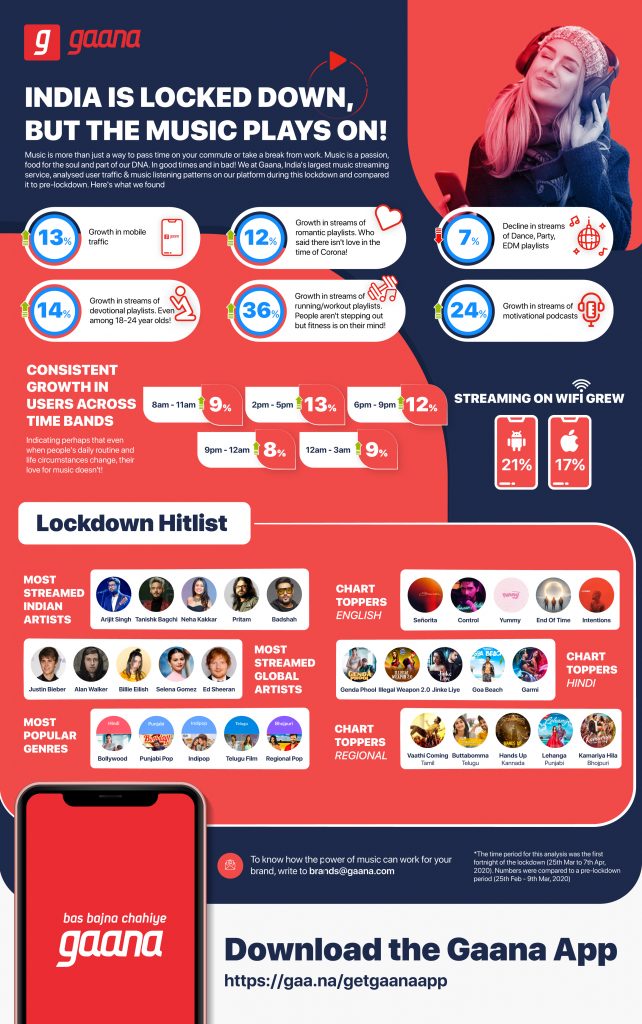 “We are humbled to be able to help our fellow Indians beat their boredom & anxiety and feel more optimistic about life. This is clear from the amount of Bollywood, Punjabi Pop, Indipop, Telugu Film Music and Regional Pop songs people are streaming from the comfort of their homes, as streaming on WiFi has also grown by leaps and bounds. We believe this is a time for us to stand united in our effort to enjoy the simple things we value in our lives.” Gaana CEO Prashan Agarwal. 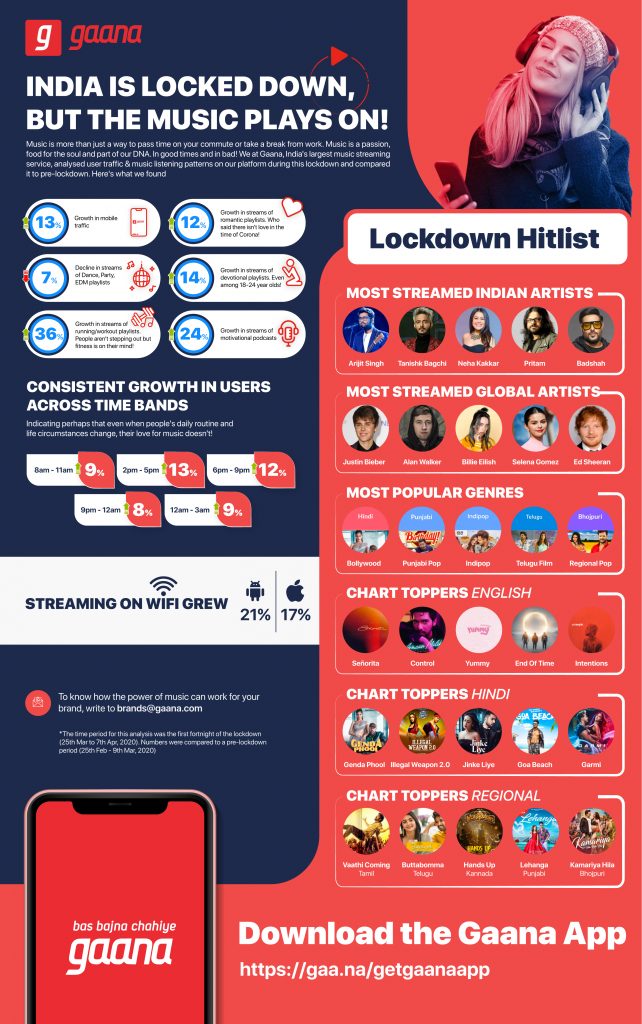 The International Cricket Council (ICC) today announced the introduction of the ICC Player of the Month awards which will recognise...

New Delhi: 104.8 ISHQ FM, India’s 1st Romantic Radio Station, is back with yet another exciting campaign for its listeners....

Empathy and a spirit of 'we are in this together, so let's get out of it together' needs to be...