It’s all about unprecedented access and telling stories that have never been told before with a lens on real life entertainment and education: Issac John, Discovery

Discovery+, India’s first and leading aggregated real-life entertainment and learning streaming app, which was launched earlier this year, is all set to up the ante by foraying into original programming for the Indian market. Staying true to its promise of catering to the audience demand, discovery+ will launch a slew of exciting Originals starting from December 9, 2020 including shows such as Mission Frontline, featuring talented actor Rana Daggubati; Ladakh Warriors: The Sons of the Soil, narrated in Hindi by eminent celebrity Randeep Hooda and Secrets of Sinauli: Discovery of the Century, which will be presented by acclaimed Indian Film director Neeraj Pandey along with versatile actor Manoj Bajpayee as the host.

In June amid the pandemic you launched the App, how has it been?

Since we launched the app, the journey has been very encouraging. Our subscription numbers have exceeded our expectations. Our consumer adoption, as far as user love and engagement is concerned, has been off the charts. Evidence of that is there in all the reviews that are out there in public wherein people say that this is the best app for family-based consumption. They love the app for some specific passion that they have in life and find it to be a trusted destination for kids and very differentiated compared to other apps. These reviews have been very encouraging. We also have data-led signs that show that compared to all other apps, we are the most amenable to living room experiences and families watching us. Fifty percent of our watch time comes from connected TVs, which is really significant for us as an app. So, a mix of great subscription adoption, terrific customer reviews as well as us being able to occupy that space in a new age living room, with our smartphone experience, has been very encouraging. 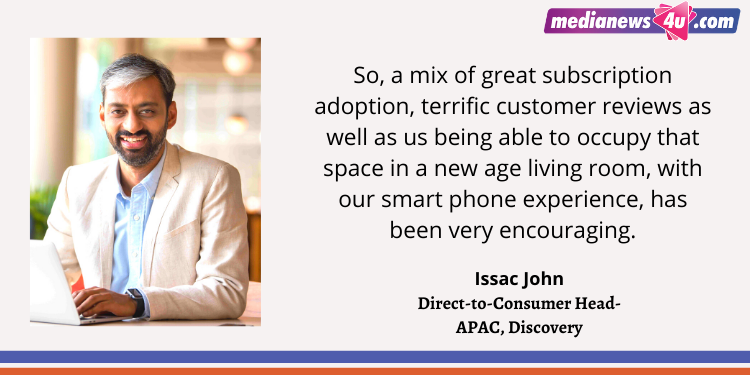 This lockdown saw a huge surge in digital viewing, what has been the incremental increase in viewership and subscriptions?

We launched on the eve of lockdown so we do not have an incremental number. We launched on March 17 so we don’t have any before or after numbers. What we know is that our numbers are constantly growing month on month as far as usage and engagement per session are concerned. For us, we are yet to ascertain that if lockdown were not there then what would have been our viewership, what would have been our engagement because we were not present as an app before March 17th.

You have had a very interesting line-up of shows including the Big learning festival, and now you are launching original content. The strategy behind this?

The strategy behind launching an original line-up, and especially to do it after 6 months, is to really cater to audience demands and pace. It’s as simple as that. When we launched the app we got very early signs that there are certain categories of genres, certain stories that people want to watch more than anything else. If I can classify them as all access or unprecedented access, all the three originals that we are launching are all which provide unprecedented access, for our viewers, into the life of an army soldier, into the life of the highest battleground in the world and also some of these the archaeological remains that have been unearthed by Archaeological Survey of India. And for us to partner with Neeraj Pandey and Manoj Bajpayee to bring that story for our users. The strategy behind originals is: 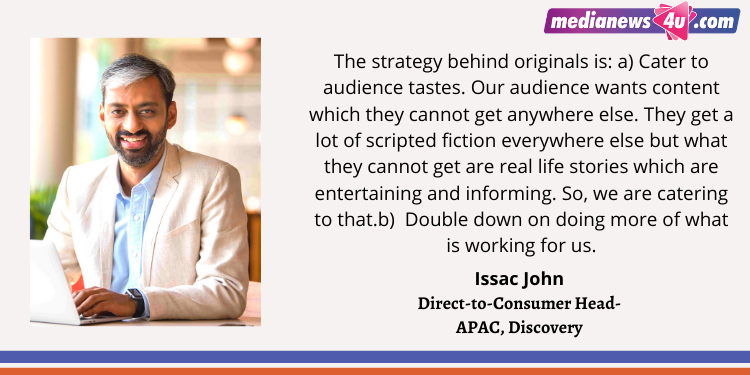 Will you now look at increasing subscription rates?

Not immediately. We will consider this option in the coming years but for now, I can confirm that the first slate of originals that will be available will be at the same price of ₹299 per year for our annual subscriptions.

Marketing initiatives, now with lockdown over will you also look at OOH?

We do not necessarily look at a medium and then decide whether it should be a part of our mix or not. We look at a title and the story that we want to tell, and then define a marketing mix around it. For Ladakh Warriors: The Sons of The Soil for example, we felt that this is a story that was very much like a mainstream story and needed to touchpoint with every Indian in the country. This is why our efforts on marketing Ladakh Warriors: The Sons of The Soil will be led by print and TV and OOH is not necessarily a part yet. 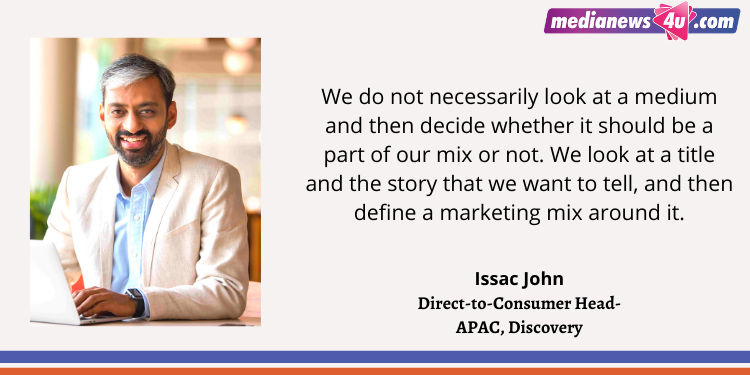 2021 holds with it a promise of more differentiated content that you cannot get anywhere else. That really is our main story. It holds a promise for our consumers that we will continue to be not just an OTT platform but a medium that helps you ace that interview, it’s a product that you can trust your kids with, a product that you can consume with your family in the living room. So, It will be all about ensuring that we offer content that is more differentiated and we continue to be relevant for families and both entertaining and learning-based content that can help you win that big moment in life. 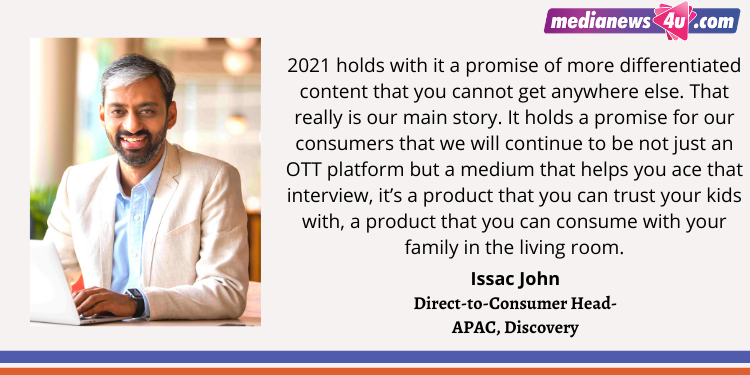 Please share something about the original shows that you are launching?

We are launching three shows. I can talk about the first one called ‘Ladakh Warriors: The Sons of The Soil’. It is a story of a regiment, which is the highest regiment force in the world, it operates at a height of 8000ft positioned in Ladakh. It takes a look at the lengths and sacrifices that these soldiers go to, to guard our borders while we sleep soundly. It’s a first-time access that will be provided on this front.

‘Secrets of Sinauli: Discovery of the century’ is about a very interesting finding and exploration that the Archeological Survey of India had led and we are bringing that story with the help of Neeraj Pandey, who is one of Bollywood’s most acclaimed directors and Manoj Bajpayee, a national award-winning actor himself. The idea is to gives access to the users to those findings and explorations which have happened, never told before.

‘Mission frontline’ with Rana Daggubati, is basically the life of a soldier through the eyes of a civilian. Rana has a men’s fan base and his connect having played a navy commander himself, he is clearly somebody who takes this thing really seriously and is an extremely fit personality. We took him to Jaisalmer where the border security forces are stationed and he lived the life of an army soldier. What does that really entail is the story that we will be telling through these originals.

Any other point related to the original shows launched?

It’s all about unprecedented access and telling stories that have never been told before with a lens on real-life entertainment and education. I think that is the larger point behind everything that discovery+ does and wants to do. 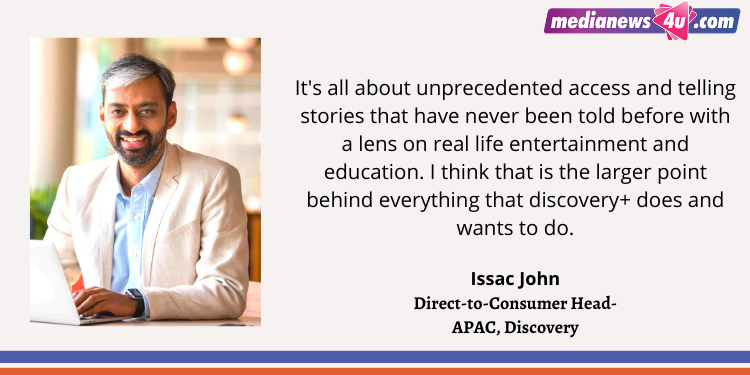