There has been enough evidence about how the print industry is unable to cope up with the modern business models that have been introduced by the so called digital evolution. We have seen examples with numerous publications closing down their print businesses such as DNA in Mumbai, and Deccan Chronicle in Bengaluru to adapt to the online version.

According to the latest IRS data, the entire south Indian print market has not seen growth. Most of the numbers across the South Indian states have seen no growth in readership in the last couple of quarters. The only state that has seen any growth in AIR and that too marginally is TN. 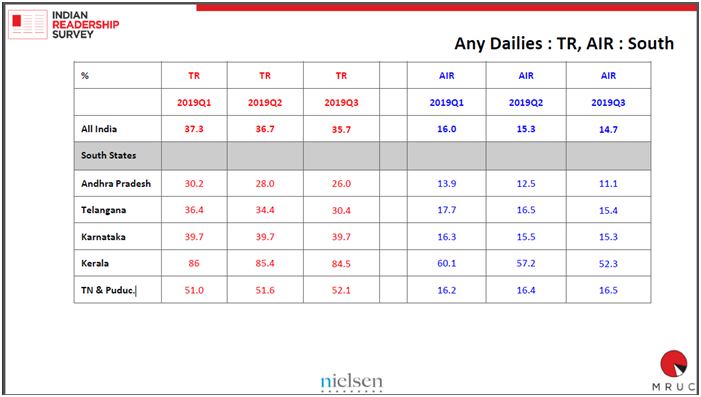 Many media reports and experts suggested that the readership and print publications in the state of Kerala has been stable and the dip was due to monsoon that hit the state. 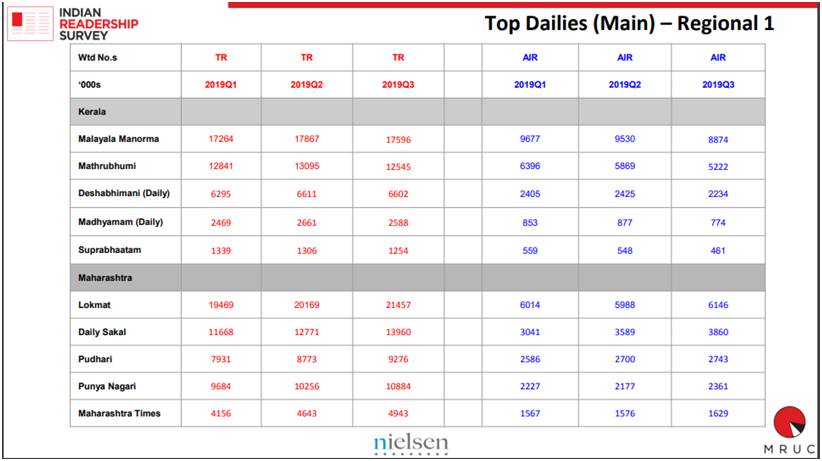 What lies ahead for the publications for Kerala? How can the industry foster growth in readership? Well, Most of the top publications like Manorama and Mathrubhumi are well placed in digital space and they have been buckling up for the digital onslaught for the past couple of years. Now, its all about enhancing their digital revenues.