Kodeeswari has already touched a lot of lives not only in the state of Tamil Nadu but across the country, that is because the show is really special. Not only is the show hosted by South Indian star Radhikaa, it’s an all women show from the host to the participants.

Medianews4u spoke to Ravish Kumar, Head – Regional Entertainment, Viacom18 on the show’s performance and much more.

It’s a wonderful adaptation of KBC or Who Wants to be a Millionaire but… I want to understand what made you decide to make it an all-women-show?

As a channel if you look at the history of Colors, we have always stood for social programming and in our own and have tried to communicate that a woman takes things in her own hands goes on to make a positive difference. A lot of those insights have to led us to creating an all-women KBC. 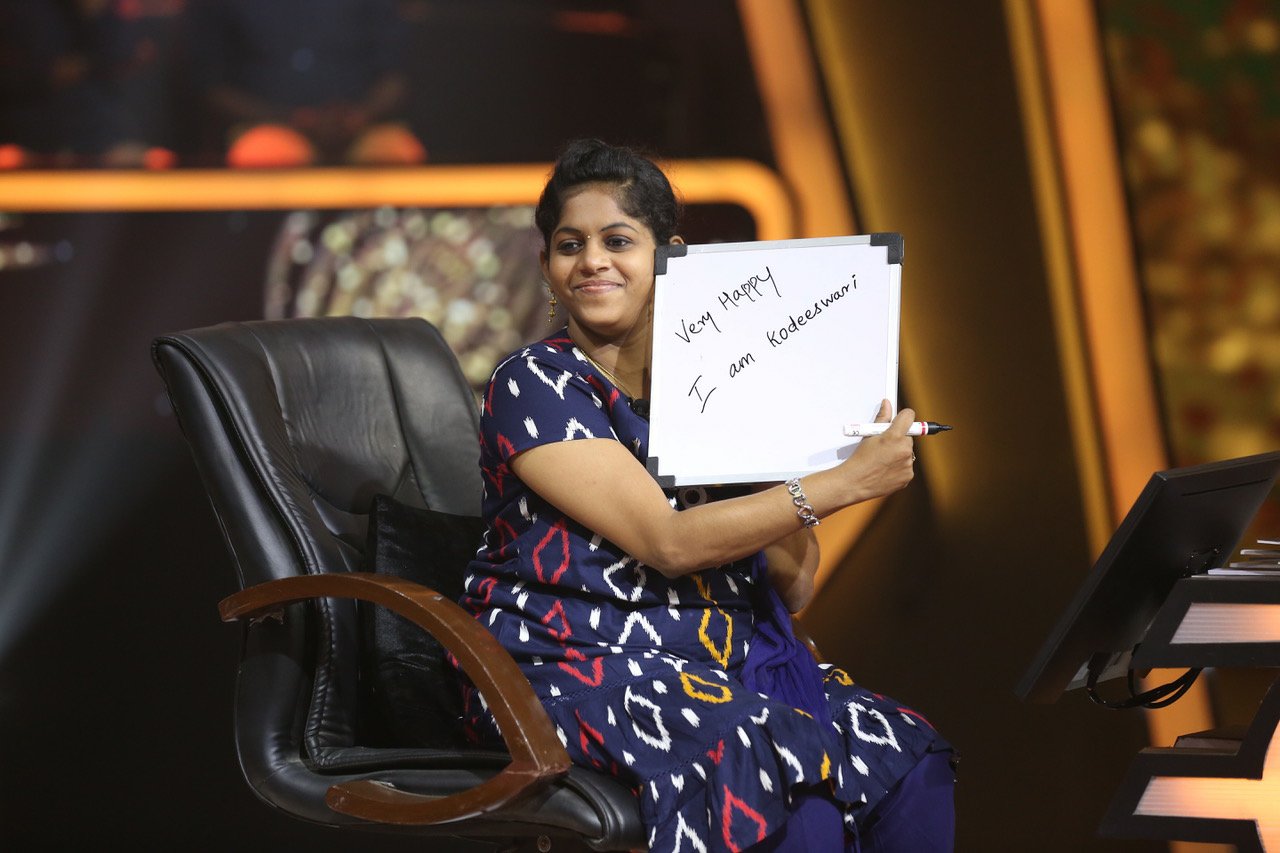 I think the idea came to us because we really wanted to salute the spirit of women. Women give up everything, their own dreams, aspirations all for the good of the family, for the good of their loved ones. What they really want usually takes the backseat, and they always prioritize and put others’ needs in front of their own. Every time we went for auditions for any kind of reality show be it singing or dancing, and there was always a woman with all the participants, supporting them and more often than not, it were their mothers.

The thought behind this was to simply find a way to salute that spirit, recognize it and reward it. In putting others’ interests before their own they have actually sort of subsumed and lost a part of themselves. That was an insight which was very much in-line with our thought behind the show.

We believe in a very simple saying, “a heart that beats for others should not skip a beat for themselves.” So that saying came up for us and became the reason or the tradition for this all-women show.

We wanted the women of Tamil Nadu to vocalize their dreams and make them come true.

How much curiosity did the show create in the consumers across the TN market and beyond?

I think it has snowballed, grown and evolved. Obviously being a small channel, it takes time for the word to get out, but I think it got off to a great start because Amitabh Bachchan voluntarily endorsed it and gave it a thumbs up. For the record, it was not paid, we didn’t approach him, it all happened because he looked at the spirit of the show.

That is what really got the ball rolling, at least in terms of social media and subsequently it was the kind of people who came and it was Radhikaa herself. She’s a very accomplished woman, yet at the same time is very down to earth and rooted in terms of values and traditions. The contestants that we got from all over all Tamil Nadu were simply phenomenal. I mean, the stories, their backdrops and even when we went to the auditions, we were blown by the numbers that didn’t run into the hundreds but were into the thousands.

We have clips of the auditions that we should share with you to show you how humbling is was to see rows and rows of women taking the tests while their husbands are managing the kids and hooting for them. It is a total game changer and how India is also changing in terms of relationships. I think Kodeeswari has become a movement and it’s not a show anymore, it’s not a quiz show with just a celebrity on it, it is a movement, a feeling and an emotion.

I think a lot of advertisers had a lot of confidence in us and they signed up at the beginning of the show, and I have to applaud them and thank them for believing in it and for standing by us. All of us stand for a good cause and there’s no reason why it won’t work. I think rather than just to show that we can do shows with a message, a mission and shows that go on to become a movement.

I think that is the power of media and the power of content and as a broadcaster it gives us so much joy. You know when Kousalya was playing, you should have seen the spirit behind in the control room. People were praying for her and hooting for her to win. It was just an incredible moment, everyone was totally behind her and that’s who we are and we go all way out to find support them.

She is the ultimate winner but you have many other winners at multiple levels, every woman who has won anything small or big or no matter what I would say she’s a winner because she came out, she represented herself and her family supported her and she has been an inspiration and a beacon to many.

We had to work the mechanics around how she would answer the questions. We created placards for her to answer. This was a learning for us and opened our eyes in many different levels.

How has Kodeeswari contributed to the Colors Tamil’s overall growth in terms of viewership and revenues?

The channel has seen a substantial increase and I think it continues to stay with us long after the show has come and gone, because you know Tamil stands for something other than just being the amalgamation of shows which come and go to actually stand for something which is what the viewer likes.

You need to take a stand and you need to be true to that stand and that stands needs to resonate with where people are. I think Colors Tamil since its inception has always stood for something very different and very dear to the heart of its viewers. We are very proud and we are very privileged to continue that legacy. How it translates into numbers is up to us, how we choose to take this forward, I will continue to build on this momentum with similar shows are shows like it.

I would say we are off to a flying start…

MX Player ahead of Hotstar and Tik Tok in terms of Monthly Active Users: FICCI 2020 report

MX Player has emerged as the #1 entertainment app in India, according to the annual FICCI Report on India’s Media...

Asianet to air Walt Disney movies during weekends at 12 Noon

Trivandrum: In an effort to boost Kids engagement and viewership, Malayalam GEC Asianet is all set to telecast blockbuster Walt...

Consumption of Regional Content grew across all media in 2019: report

Stay Positive in the times of Lockdown

Six in 10 consumers are less inclined to use a product if their data is used for any purpose: GroupM Research

Counterpunching Corona: How Sport Can Bounce Back from Covid-19