Kochi: Mathrubhumi news has managed to predict the moods of the people of Kerala almost perfectly, in its exit poll. Independent exit polls were aired by all the news channels between 29th and 30th May. 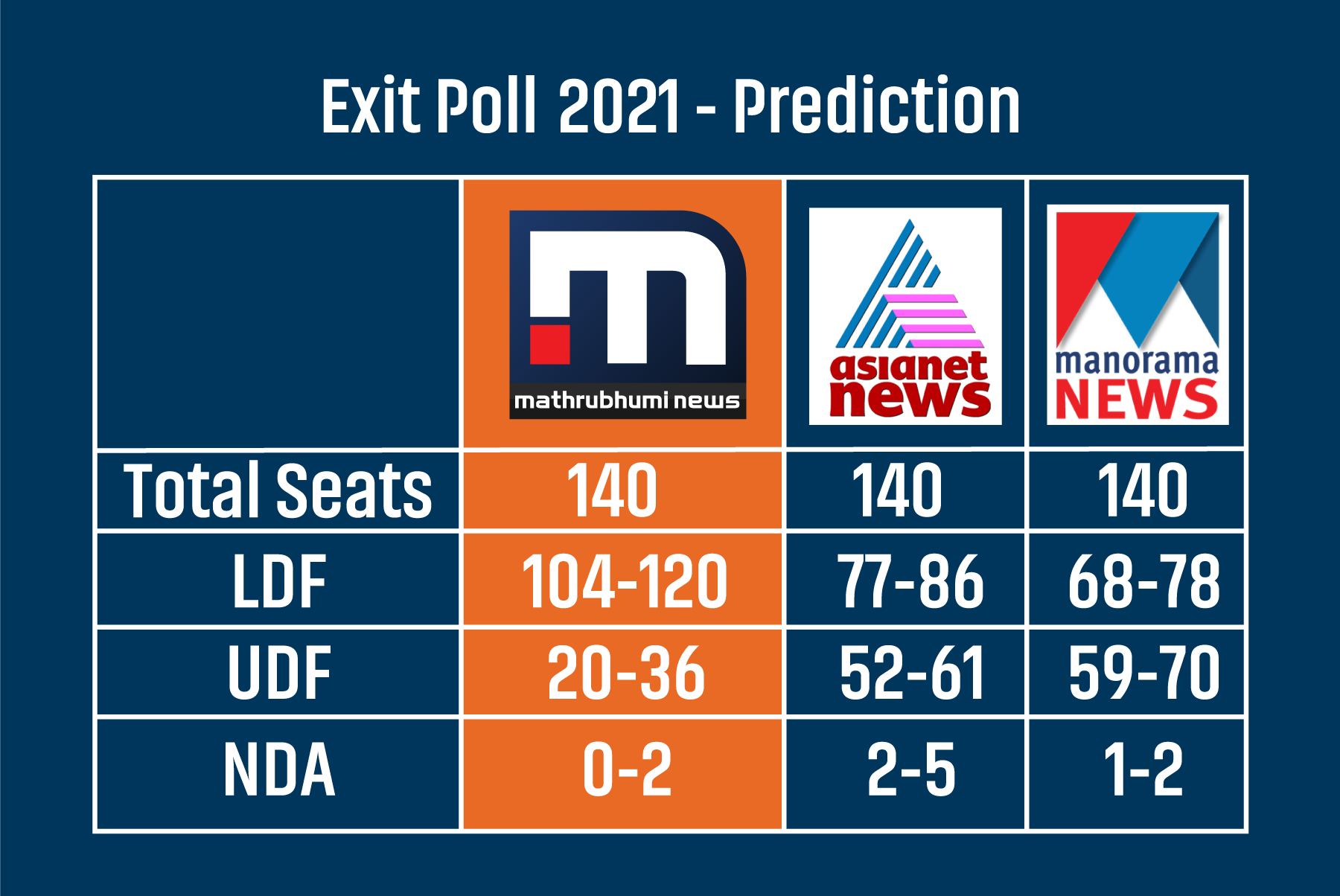 The 98-year old and credible media group had lots at stake, having made a nearly perfect prediction even during the last assembly elections. There were various conversations and analyses on the moods of the voters this time, who always believed in alternating the mandate between the two leading political fronts in Kerala.

Commenting on the exit poll, M V Shreyams Kumar, MD, Mathrubhumi Group said “Everything had to be right if we had to put out a prediction, right from choosing the agency, Axis My India to agree on statically valid sample size and the methodology including the various groups represented on the research.  While we had other options, what we preferred was face-to-face interactions with the voters. We appreciate that Axis My India too believed in that. Given the Covid realities talking to 28,124 people from Manjeshwarm on one end to Parassala on the other, constituency by constituency across all the 140 of them wasn’t an easy one at all.  When the final numbers came out, we had no hesitation in making a bold proclamation of our finding as we knew we got the voters sentiments clearly etched on our research sheets”