The News Broadcasters Association (NBA), a collective of news channels of which TV9 Network is not a part, has complained to BARC about the authenticity and veracity of their rating system.

The letter is addressed to BARC, a professional body of which all broadcasters, including the complainant, are stake-holders. We are sure BARC has very valid justifications for the way it works and would have responded to NBA suitably.

But since NBA’s letter also contains pernicious allegations about TV9 Network, its legacy and its people, we are constrained to point out that this defamatory act will be addressed in an appropriate manner very soon.

Incidentally, it is pertinent to point out here that TV9 Network, home to four leading regional news channels apart from TV9 Bharatvarsh — the No.2 Hindi News Channel — was more concerned about the lives of journalists than ratings during the pandemic. That is why on March 22, two days before the Lockdown, we proposed to the NBA that the ratings regime should be suspended for a few weeks so that the industry did not compromise the lives of reporters and camerapersons in the quest for ratings. (Annexure 1)

The very next day, the NBA rejected the proposal. Now that TV9 Bharatvarsh has garnered the biggest share of the market during the pandemic, obviously the shoe is on the other foot.

Till very recently, the NBA was relentlessly courting TV9 Network to retain its membership after the Network decided not to renew the same on March 31’ 2020. On June 16, after due consideration, we politely refused (Annexure 2). One month later, we are in the NBA’s bad books. Is this coincidence or coercion?

A quick perusal of the letter, whose content related to TV9 Bharatvarsh ratings is often misleading, possibly reveals NBA’s lack of basic understanding of the television news business. The fundamental reason behind our success is a concerted strategy of content, distribution and promotion aided by the astronomical rise in viewership during the early weeks of the lockdown. This has been discussed in relevant media forums openly, repeatedly and live.

Last but not the least, the NBA also seems to give credence to some anonymous Whatsapp messages and videos doing the rounds to defame TV9 Network. These videos have already been dismissed as fake by BARC as per media reports. The Network has lodged a formal complaint with the Telengana police (Annexure 5) .

Meanwhile, we will continue to stick to basics of business. 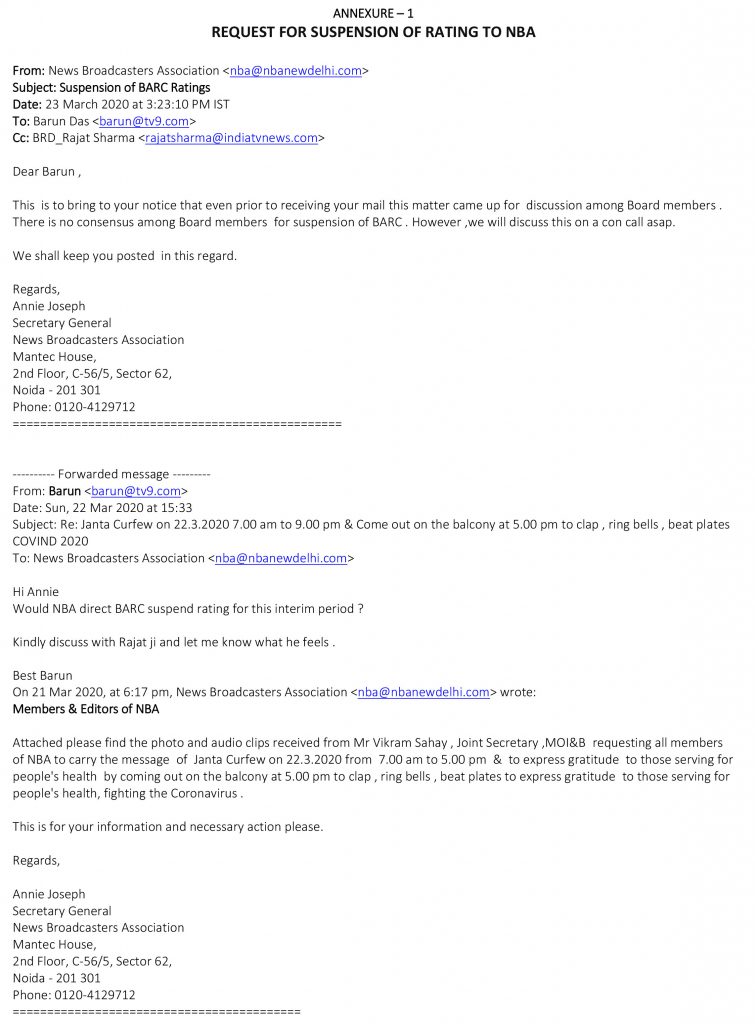 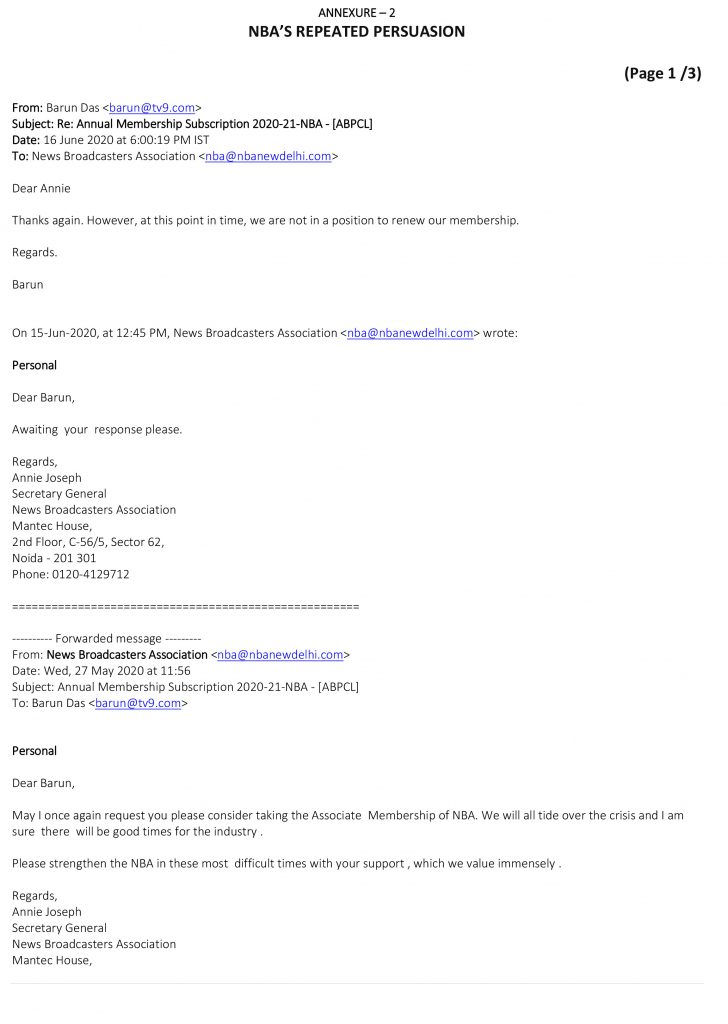 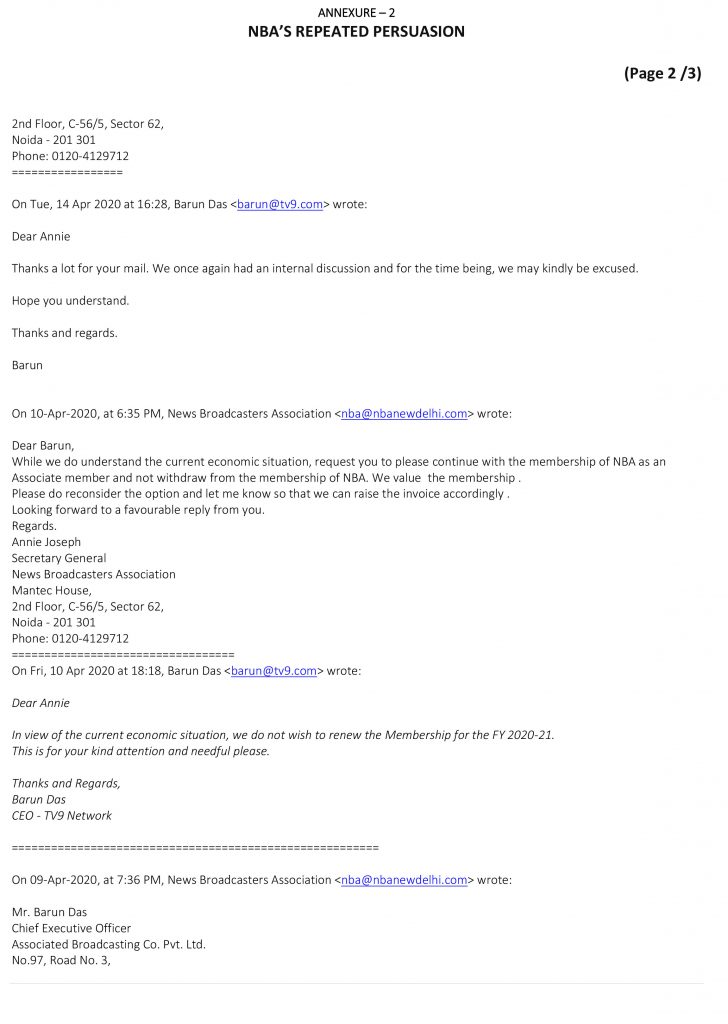 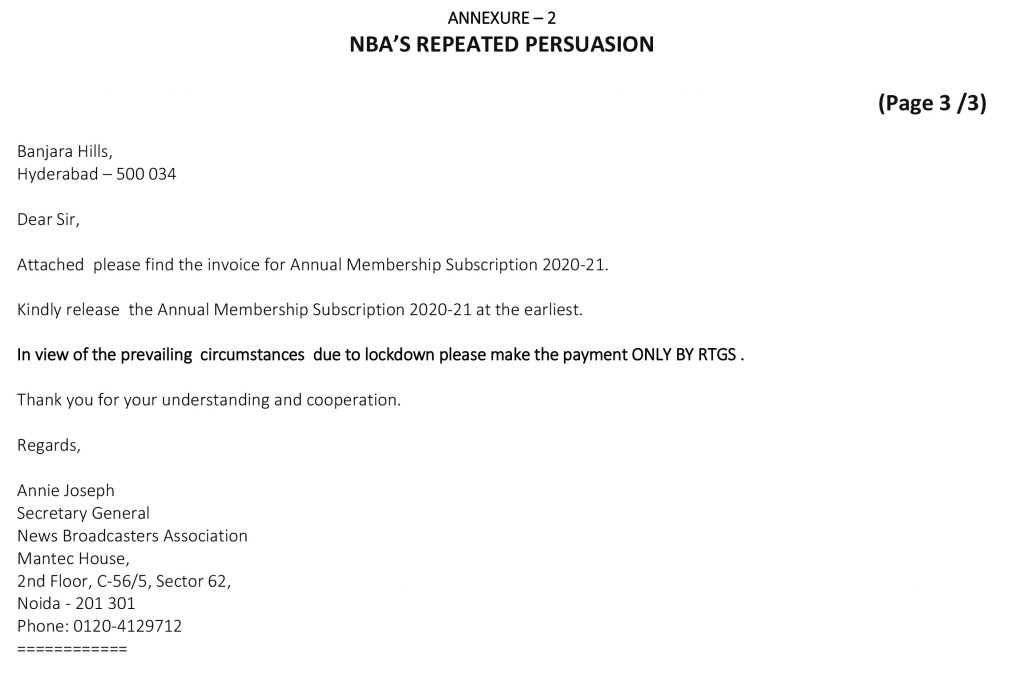 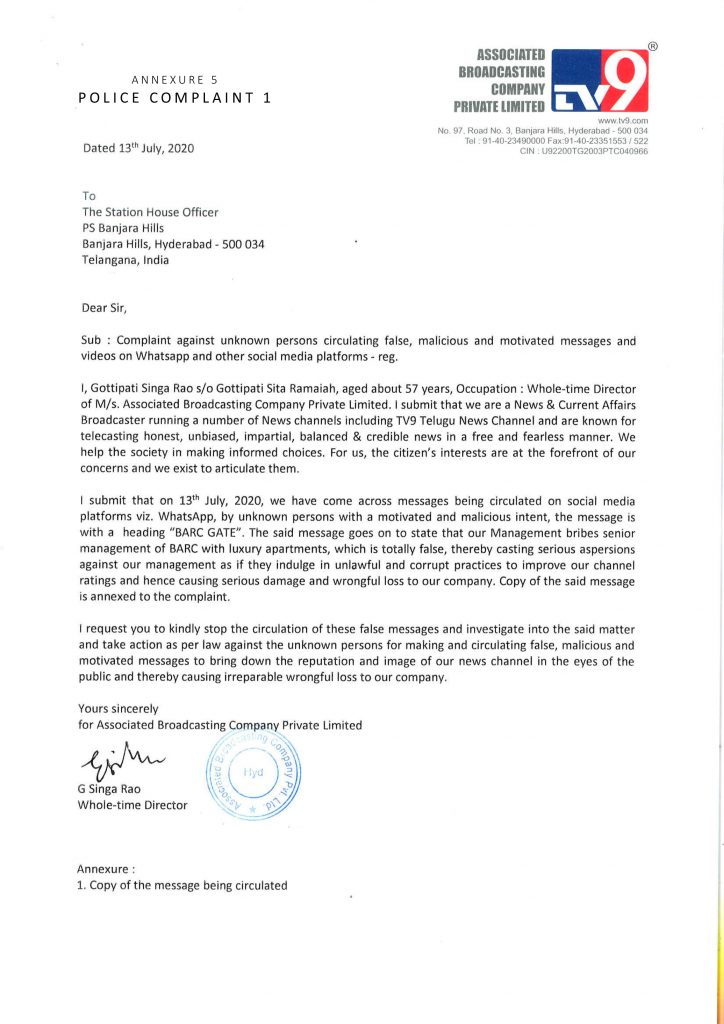