Political Party ads continue to be Most Aired ads while Amazon remains as most watched ad: Chrome Optimal+ Week 16

The survey unveils results of brands under three broad categories namely most watched ads, most aired ads and the most liked ads. The research also gives us a clear picture with the comparative study of the performance of the brands in week 16 against week 15. 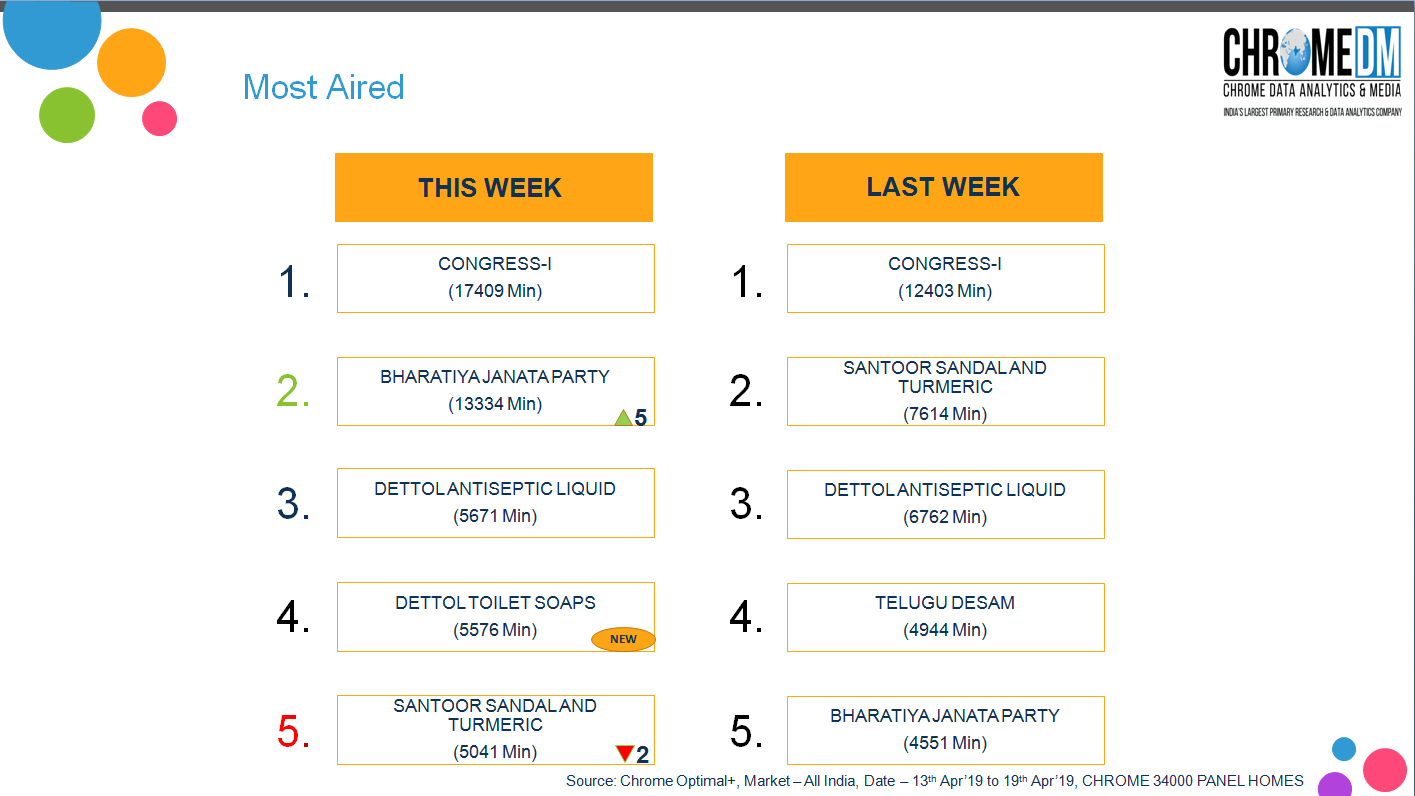 Chrome Optimal+ study shows that Online shopping Brand Amazon retains its top position in Most Watched Category in week 16, followed by new entrant Pampers in second position. New player Tide Plus ramped up and occupies 3rd position while ToothPaste Brand Sensodyne drops to 4th place from 3rd place in previous week followed by Lifebouy in 5th position. Whereas Brands like Frooti and Swiggy exited from the list in this week. The most liked category is being led by Automobile brand Bajaj followed by new player Cadbury Fuse in second spot. The third and fourth spot is seen occupied by fresh entries Axe Signature Ticket and KWLTY WLS Cadbury Gems Burst while the 5th place is acquired by Cake brand Amul Cake Magic. Brands like  Frooti, Rasna Desi Masala, Ariel and Zomato fails to retain their position and dropped out from the list in week 16.

Mumbai: Today, Australia-based social enterprise Thankyou announced an invitation to P&G and Unilever - two of the world’s largest and...

Mumbai: As brands gear up for festive sales after a tough lockdown quarter, Inuxu scales up it’s ad-tech platform ‘Adgebra’...

14.6 Cr Indians watched at least one film in a theatre in 2019; South contributes 44% to India’s theatrical reach: report