Tally of categories and brands remained stable during May – June 20*, number f advertisers saw decrease in June 20* after a peak in May 20*.

The top 10 channels accounted 43% share ad volumes, 6 out of Top 10 channels were from News genre and together had 27% share with Sun News leading the chart with highest share of 6% followed by Thanthi TV. 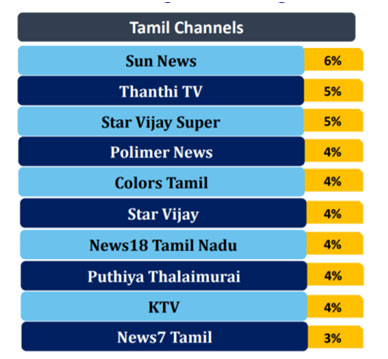 7 of the top 10 categories from FMCG sector, we see HUL leading the advertising category with 1/4th of the ad volumes, the top 10 advertisers contribute more than 50% share.

Top 10 channels accounted 48% share of ad volumes, 5 out of top 10 channels were from Movie genre and together had 24% share. With V6 News leading the chart with highest share followed by Star Maa Movies. 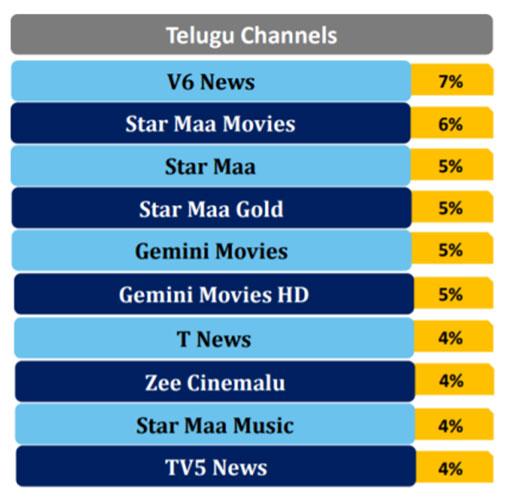 FMCG categories dominated the list of top 10, HUL and Reckitt the top 2 players had nearly 30% of advertising share on Telugu channels.

At Manzar we are in a vantage position because our currency is STORY!: Sunil Doshi, Manzar Studios