BARC’s latest newsletter, THiNK has facts and figures that focuses on the performance of movies from the 4 south states – AP / Telengana, Karnataka, Kerala and TN/Pondicherry. It talks about Tollywood, Sandalwood, Mollywood and Kollywood to unravel lovely, dark, deep observations from November 2018 to October 2019.

According to the THiNK, 43% of movies in terms of duration on television belong from South. Dubbed Hindi movies contributes to 11% whereas Telugu, Tamil, Kannada and Malayalam; 11%, 9%, 6.1% and 5.6% respectively.

Movies from South have clocked 135 BN hours of watch time in a period of one year. On an average this comes to about 2.6 BN hours per week. That’s huge!

The South market is truly a big one, And movies are a favourite there. According to BARC, a total of 26,000 unique movies have been broadcasted across 279 channels. Not just this, audiences have watched all these movies in a total of 16 languages. Clearly shows the untapped potential of the South Market.

A staggering 17% of airtime is clocked by movies out of a total of 4.9 million hours of programming on television, annually. South language movies contribute to 23% to the total programming hours on TV.

According to BARC’s THiNK newsletter, South viewership is different on many counts because of the following. The Average daily tune-ins in each of the Southern states is higher than the national average. 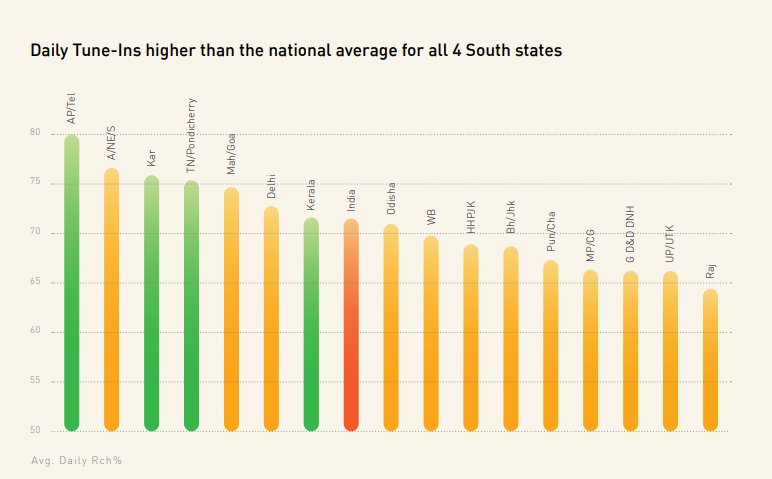 The Number of channels showing movies is higher than other regional languages. 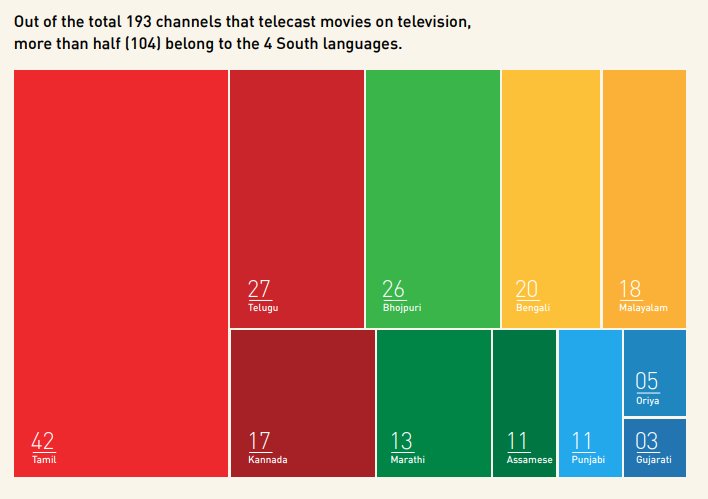 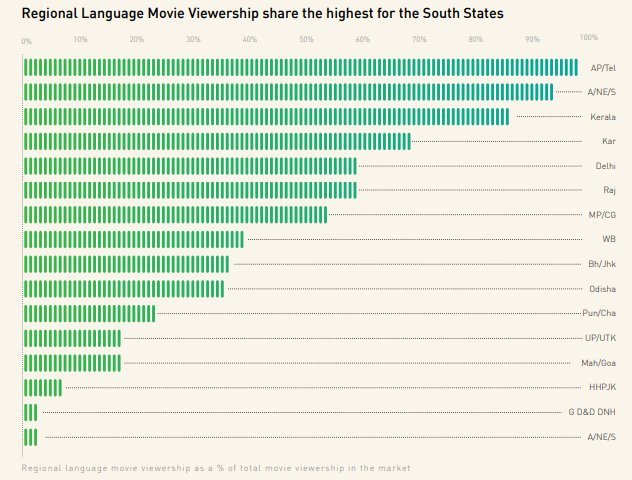 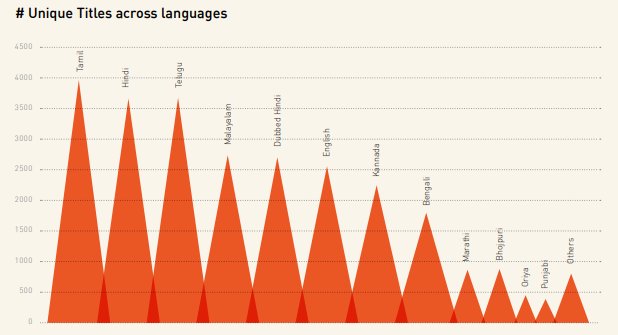 All of us are aware as to how South of India makes and consumes movies on a large scale vis-a-vis the other parts of the country. Picture this, pun unintended, the per capita p.a consumption of respective regional movies range from a whopping 415 hours in AP/Telangana to 206 in Karnataka, Hindi movies in HSM clock 125 hours of per capita p.a. consumption. 4 South languages, accounts for 32% of airtime of all movies on television. And along with Dubbed Movies, most of which are from South, the number rises to 42%.

Truly the potential of the south market is untapped and hence that is what OTT platforms have been trying to do.

Mumbai: BGaussthe electric two-wheeler arm of RR Global and a pioneer in the electric mobility space, introduced a unique influencer...

Mumbai: Genesis BCW, a leading public relations and public affairs consultancy that delivers integrated communications services to some of the...

Kochi: ZEE Keralam is all set to bring a new serial with a different theme on its second anniversary. All...