Star Movies goes all memes on the eve of Avengers: Endgame to ‘snap’ negative

by Editorial
in Television
1 min read

Mumbai: Star Movies which recently aired the highest-grossing film of all time Marvel Studios’ ‘Avengers Endgame’ took a leaf out of the film’s book in order to build up excitement among upset fans.

It all started when Star Movies announced that Endgame has been postponed indefinitely’ in the month of April. As expected, this did not sit well with some of the fans and the channel’s social media pages were flooded with comments expressing frustration. Under such situations usually, a brand shuts down its comment section or the negative comments are responded with a typical ‘Allow us to get back to you’.However, the channel did not resort to such textbook replies and instead came up with a unique comeback. It opened a floodgate of content creation and stories whose bases were these negative comments itself.

A day before the premiere of the film, Star Movies tweeted: 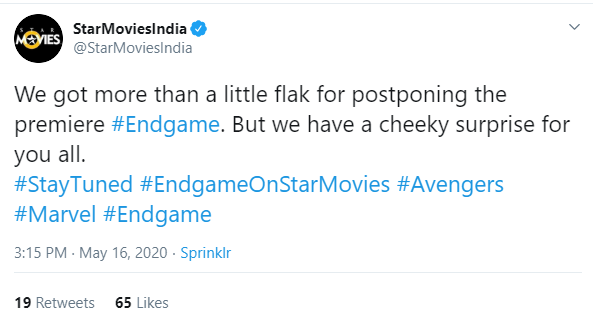 And went on to use these fan comments to respond via the internet’s favorite format – MEMES! Have a look: 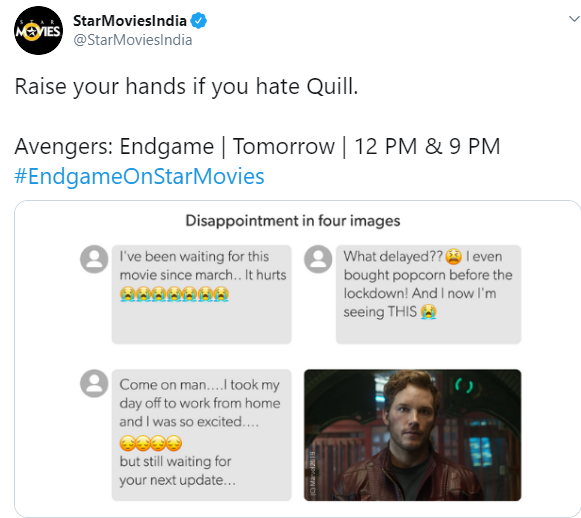 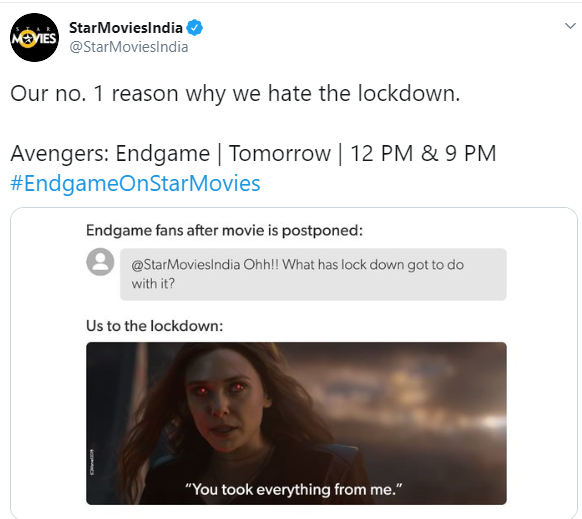 Visit the channels of social media pages for more of these fun posts.