While the team that wins the Super Bowl may change each year, the network hosting the game will always declare victory. Despite some drop in ratings and some larger declines in football fandom, Super Bowl ad rates and revenues continue to champion over every other event on the TV calendar. 2019 was no exception, with Super Bowl LIII achieving $336 million in in-game revenue. Kantar’s analysis of the event shows that despite some recent fluctuations, the Super Bowl remains the preeminent advertising showcase, and is attracting new digital advertisers in addition to established beverage and automotive brands.

The average price of a 30-second commercial in last year’s Super Bowl increased by 3% to $4.51 million,it’s the second-highest rate ever charged for the games and the costliest advertising time on television by far. 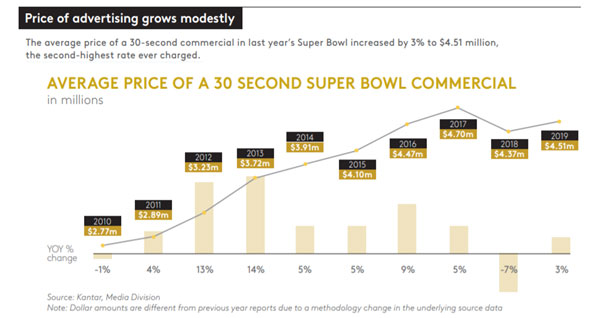 More than $400 million of ad revenue 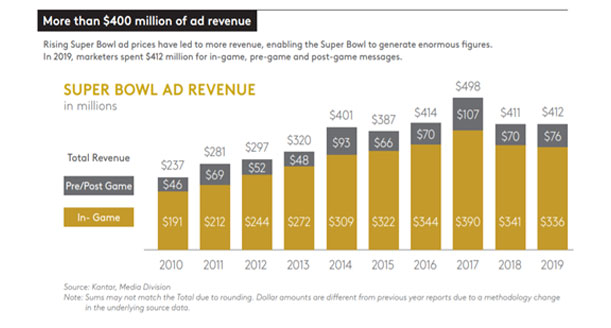 One of the contributing factors to ad revenue growth has been an increase in the amount of commercial time. The past seven Super Bowl games have been the most ad-saturated in the history of the event. The 2019 game had 49minutes, 31 seconds of ad messages between the opening kick-off and the final whistle, which was about two minutes less than prior year. 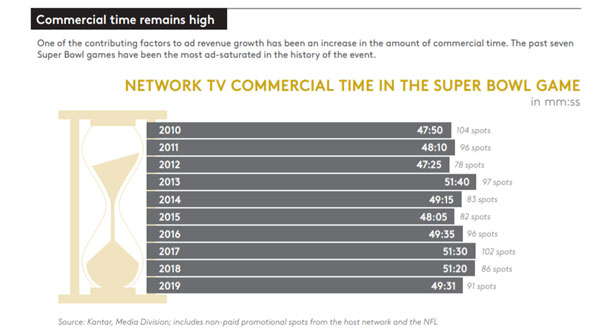 Anheuser-Busch In Bev was the largest advertiser in 2019, spending $52 million to support four of its beverage brands. Amazon.com claimed the runner-up position with an outlay of $23 million, its second consecutive year in the top five. The largest advertising positions in the Super Bowl tend to be held by well-known marketers. In a typical year, the top five spenders account for about 30% of total ad revenue even as the makeup of the group changes. 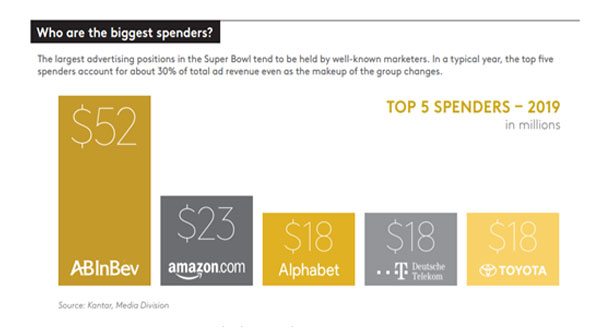 In recent years the Super Bowl has been a regular destination for multiple competitors in the auto, media and food categories. 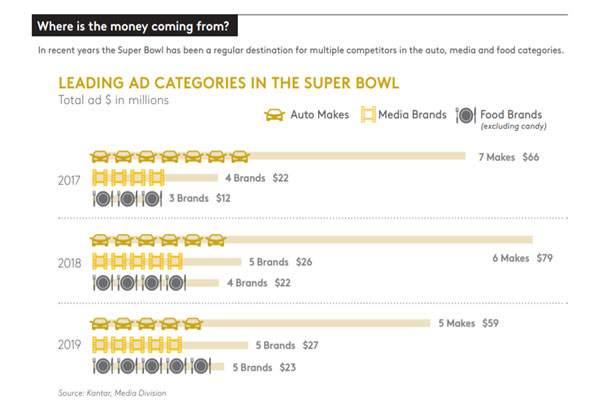