Prime Minister Narendra Modi announced a Rs 20-lakh-crore stimulus package, equivalent to about 10% of India’s GDP, aimed at making the country self-reliant and reviving the stalled economy. Details of the plan, dubbed the Atmanirbhar Bharat Abhiyaan, which will focus on the importance of local manufacturing, local markets, and local supply chains, saying the coronavirus crisis had taught India the importance of these key elements. “All our demands during the crisis were met locally. Now, it is time to be ‘vocal about local’ products and help them become global,” he said. He said the definition of self-reliance had undergone a change in the globalized world and stressed that it is not the same as being self-centered.

“India’s culture considers the world as one family, and progress in India is part of, and also contributes to, progress in the whole world,” he said.  Also, he added “The world trusts that India has a lot to contribute to the development of entire humanity.”

We at MediaNews4u have spoken to people from various sectors, start-ups, and brand consultants to understand as to what how they have interpreted the term ‘Be Vocal for Local’.

How do you interpret the term ‘be vocal for local’?’

I think it is a very clear indication, if you remember, sometime around early 2014 once the BJP government came into power is when the Prime Minister started talking about it on a project called ‘Made in India’. I am saying it is for Indian companies and for companies that are not Indian, but have based in India so everything is healthy and positive for the economy of India. Now when he is saying Vocal for India, Local products are lifeline for people in India. Be it cost wise or availability wise. Moreover, local manufacturing pushes growth in jobs and also encourages business houses like ours, we have a friendly business policy and we would promote the Made in India product. Make yourself loudly known to the customers that the product they are buying is Made in India. Be vocal for local resonates with a sense of pride not only for products made in India, but for the entrepreneurs and established business who conceptualise, create and commercialise products on Indian soil. The intention is fine and I have no qualms about it, my interpretation is that it is a wonderful Mission and Vision. What is the difference between Local and Swadeshi?

It is the same. Manufacturing a foreign brand in India ensures royalty to the mother company. On the other hand, local or swadeshi products are complete, end to end revenue-generating investment. Local indicates manufactured in India. Manufacturing includes assembling SKD (Semi Knocked Down) goods also. So in local manufacturing, imported components might be consumed. Even technology for manufacturing may be imported from other countries whereas in Swadeshi, technology, material, equipment and labour, everything is used from within the country. None of the components of the product are imported from other countries. Though literally they might mean the same, Swadeshi is a much more powerful word. Swadeshi captures an emotion and a sense of pride of belonging to India 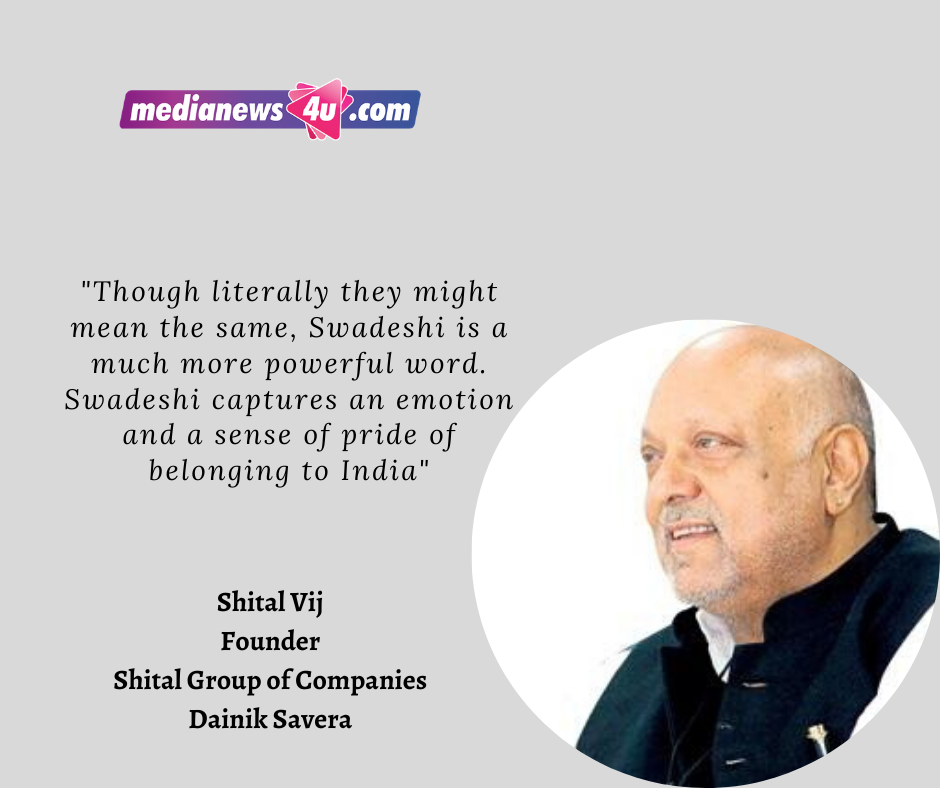 How will companies which may be global but have been in India, produce here and employ locals will consumers now stop buying these products?

A section of consumers will continue to buy the products, as such brands have set up robust supply chains in India. But if there is a collective decision to buy Swadeshi and local brands, there will be a time when local brands might have larger share in the market. It is difficult to believe that our people will stop buying these products. However, one can expect the consumer to try more of India born brands and gradually make a switch if they are happy with the product quality. 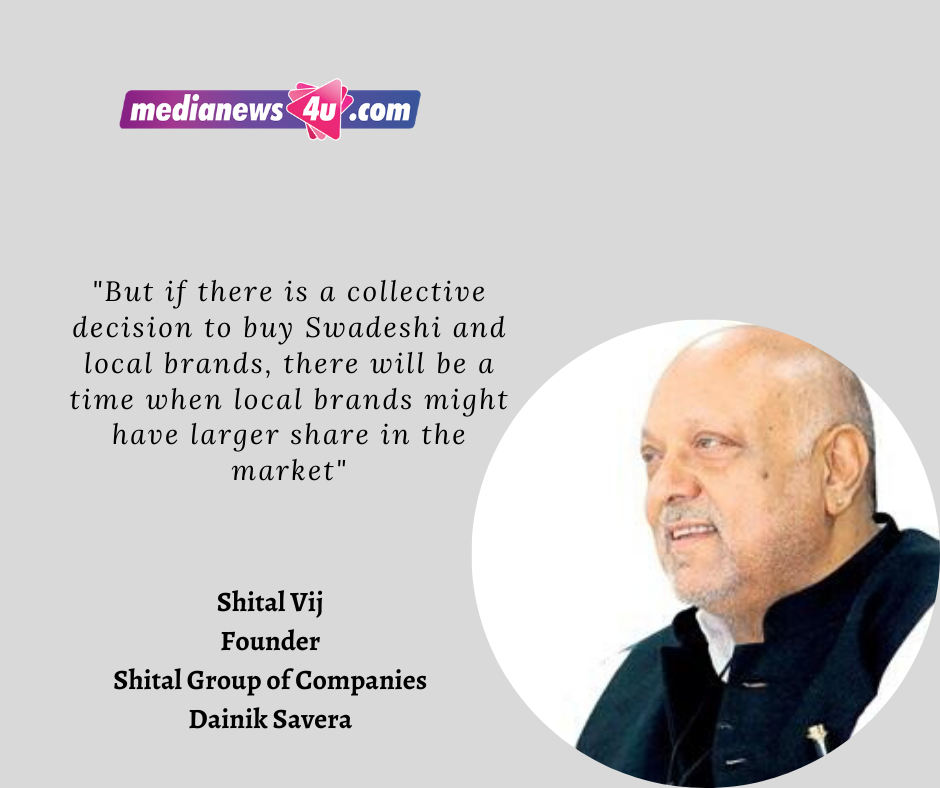 But I think as a custodian, at a macro level consumers should actually adopt anything that is produced in India and that is wishful thinking, my interpretation, and my viewpoint is that consumers definitely have a feeling that if it is not an Indian company, then some part of the money is definitely going out of the country, which is not very positive, and hence as a result of that, you must want something that is purely Swadeshi and purely Indian.

Are you seeing a spurt in buying of ‘Swadeshi’ brands?

We have already seen that with brands like Patanjali and similar other brands doing exponentially well in Indian markets. The promotion of “Be vocal for local” will boost the pace of Indian brands. We will have to evaluate that post the lockdown opening. 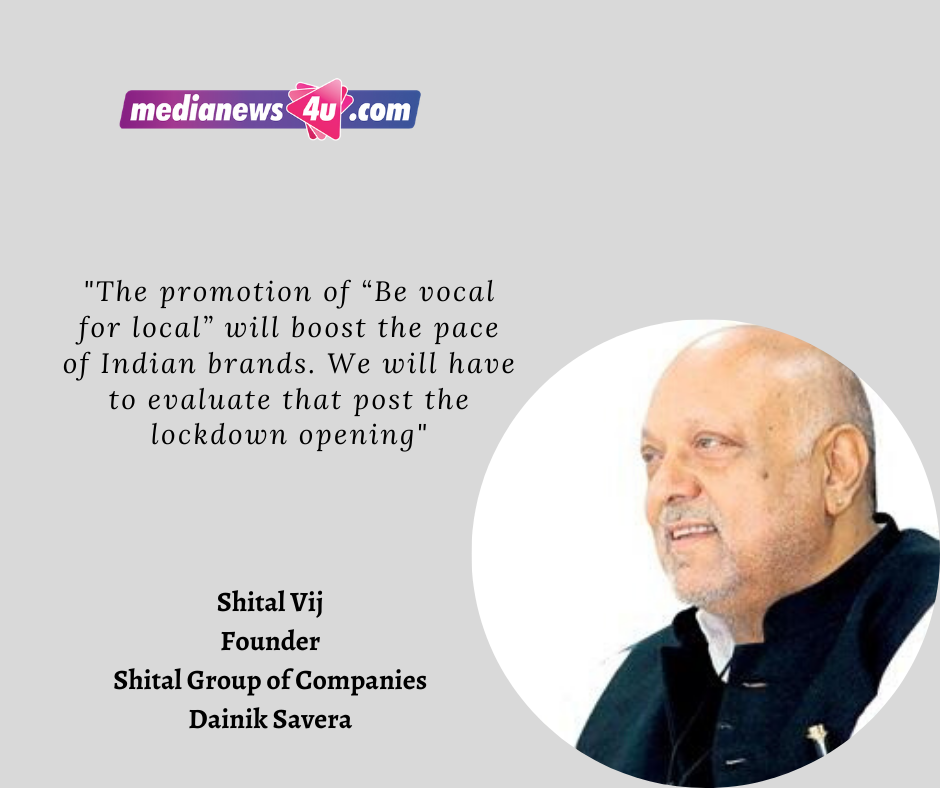