Times Now leads because of the legacy and philosophy of reporting factually: Rahul Shivshankar

Medianews4U met up with Rahul Shivshankar – Editorial Director and Editor-in-Chief – Times Now at the Goafest 2022 for an exclusive chat on the editorial push by the channel, the infamous McAdam incident, coverage of Covid & the Ukraine War and the TRP controversy.

I started off as a print journalist when I was 20, I joined the Times of India and I got promoted in the edit page. My core focus has always been editorial and I bring passion to that. I believe that at the end of the day we are the voice of the public and it is up to us to represent that voice, at least their grievances in a manner that elicit some responses and pressure. If something is going wrong in the country, we bring it out, and at Times Now we follow this tradition. My job is to represent the issues of the time, bring it out and put it on the frontal imagination of the public and ensure that changes happen at the back of it. Therefore, all our campaigns and interventions are based on that.

I am driven by ideology; I am not driven by a sycophantic notion that one has to be aligned to a party. When I come on Times Now at 8pm, I don’t pretend to be some independent moderator. The show promo also says very clearly that I am going to take a position that is why I am uncompromised, I put the facts out there and good arguments are based on hard facts. I say this up front and the viewer are aware of why he /she is watching India Upfront. In the show, I do not mystify or lie to the viewer or sugarcoat it because you cannot be objective of news in a sense where you are completely removed and dispassionate about articulating a point of view. 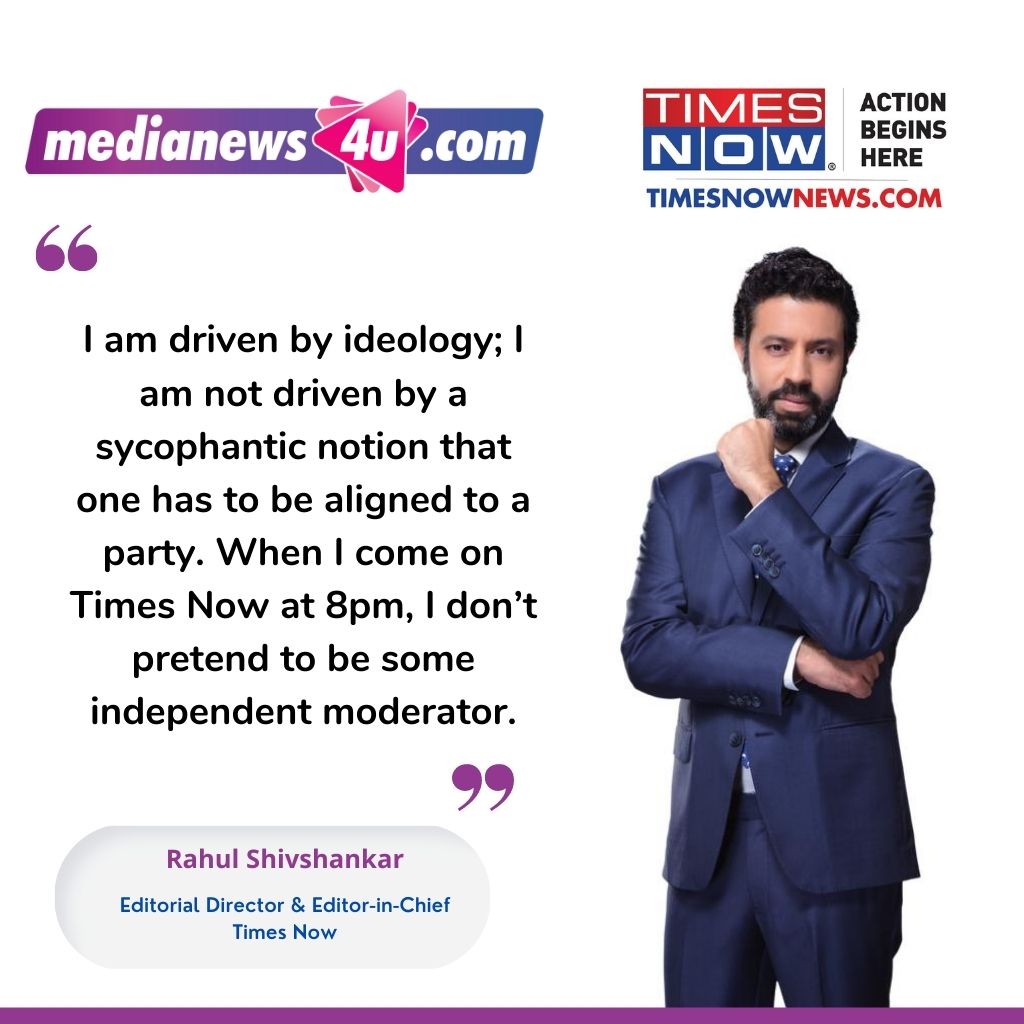 Reportage of Covid & the Ukraine War

We started with a very important initiative, called ‘Fighting fear with facts’, as no one knew about Covid in detail during the early days of the first wave. We started addressing the growing misinformation about the pandemic and focused on advisories and guidance for viewers, like washing hands, masking up and socially distancing to be be safer. We promoted this aggressively and we found out that a lot of people were indulging in fake news, many were driven by this paranoia of ratings, and this was not the time to do it.

We ran a parallel campaign, ‘Janta Mange Jawab’, where we bridged the distance between public and key stakeholders i.e. the doctors and people from both the central and state governments, so that people can ask their questions directly. We were only the medium and when something went wrong like shortage of oxygen or not getting a hospital bed etc, then we asked pointed questions.

My job as an Editor is not to misinform, not to hype the government’s achievement but that doesn’t mean that I also become a spearhead of an agenda. One needs to be balanced and nuanced and we get verified fact-based news on Times Now and our viewers come back to watch us. We felt that there was no need to create hysteria.

On the Ukraine war, we need to understand that it is not our war, it is basically a war between the West and Russia and one must explain it in those terms. When our people were stuck, there was immediate interest, but once they were evacuated, I wanted to debate this from an academic point of view and find ways to end of the war. We did not resort to vulture journalism where you fly these crazy, fake helicopters and all sort of madness and it looked like a bad video game. At the end of the day you are turning a tragedy into a spectacle, for what? Are you now so desensitized that you are going to turn someone’s death into entertainment? That is not journalism. People will watch it but we did not get into it as Times Now could not be associated with that kind of freak show, we have a legacy and my responsibility is to maintain it.

Anyone can become a leader; you can win an election or win popularity by saying very populist things, but to demonstrate leadership I use the McAdams incident; you have to be able to come back and say I messed up. When you admit it then you bring credibility and that can’t be measured in a rating system.

It is very important for me in times of crisis where you set aside compulsion and covid was the classic example, what trigger or story or threat to humanity than this? We are election news headquarters, but we forgo the 5-state election coverage because we strongly felt the need to give more importance to Covid, a crisis that crippled the nation. We decided to put people first and be a leader without fear. What does Leadership create; it creates the space for people to be better informed.

By bringing facts that empower viewers, they are more informed to make the right choices and at the end of the day Democracy and the country benefit. That is very important, never compromise on facts. It is all related, if you tell it as it is and call out grievances, or something beneficial you are creating momentum for the right things. 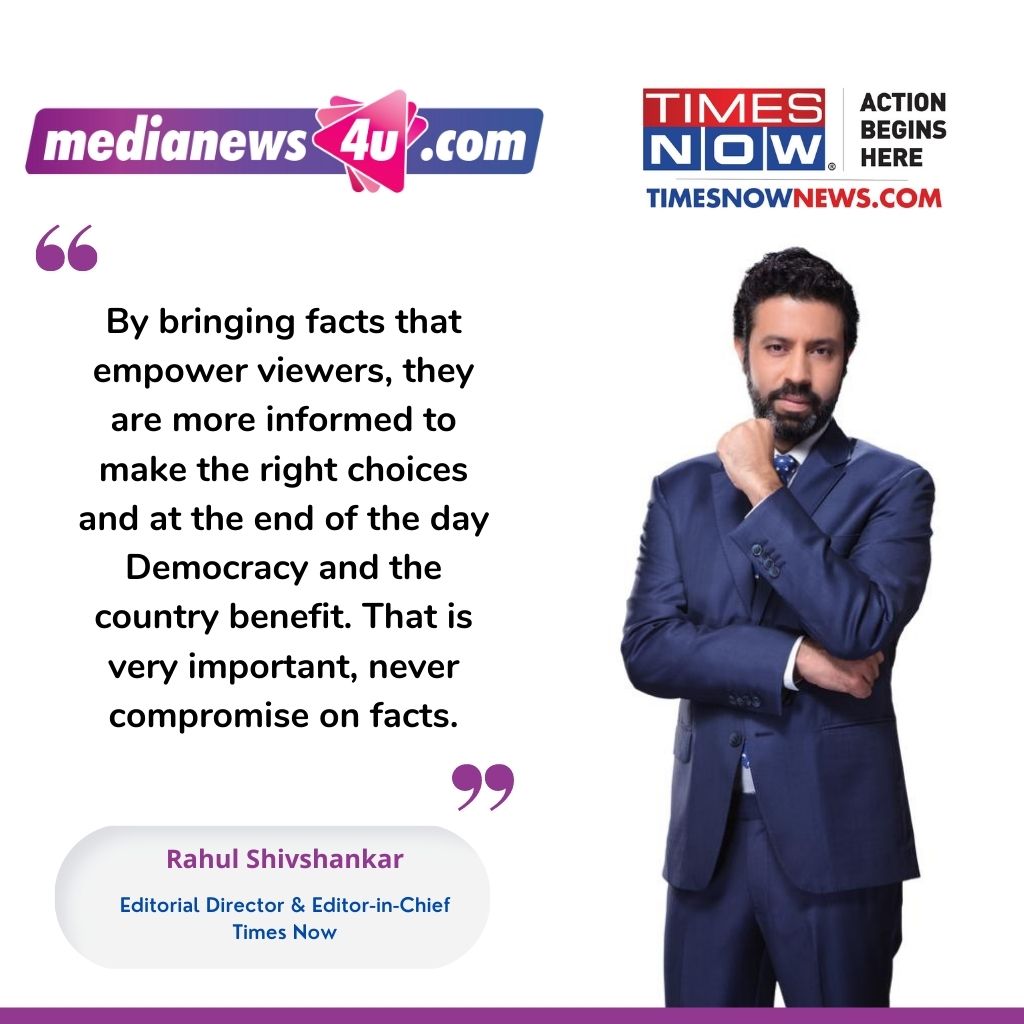 This is a matter that is being investigated and the police are doing their job. BARC has got into it and I am hoping that BARC puts out their internal reports sooner than later and we will know. People who resorted to it are out there and still rigging ratings. What they have done is disrespected the competition, journalism and cheated the truth and that is fundamentally irresponsible. 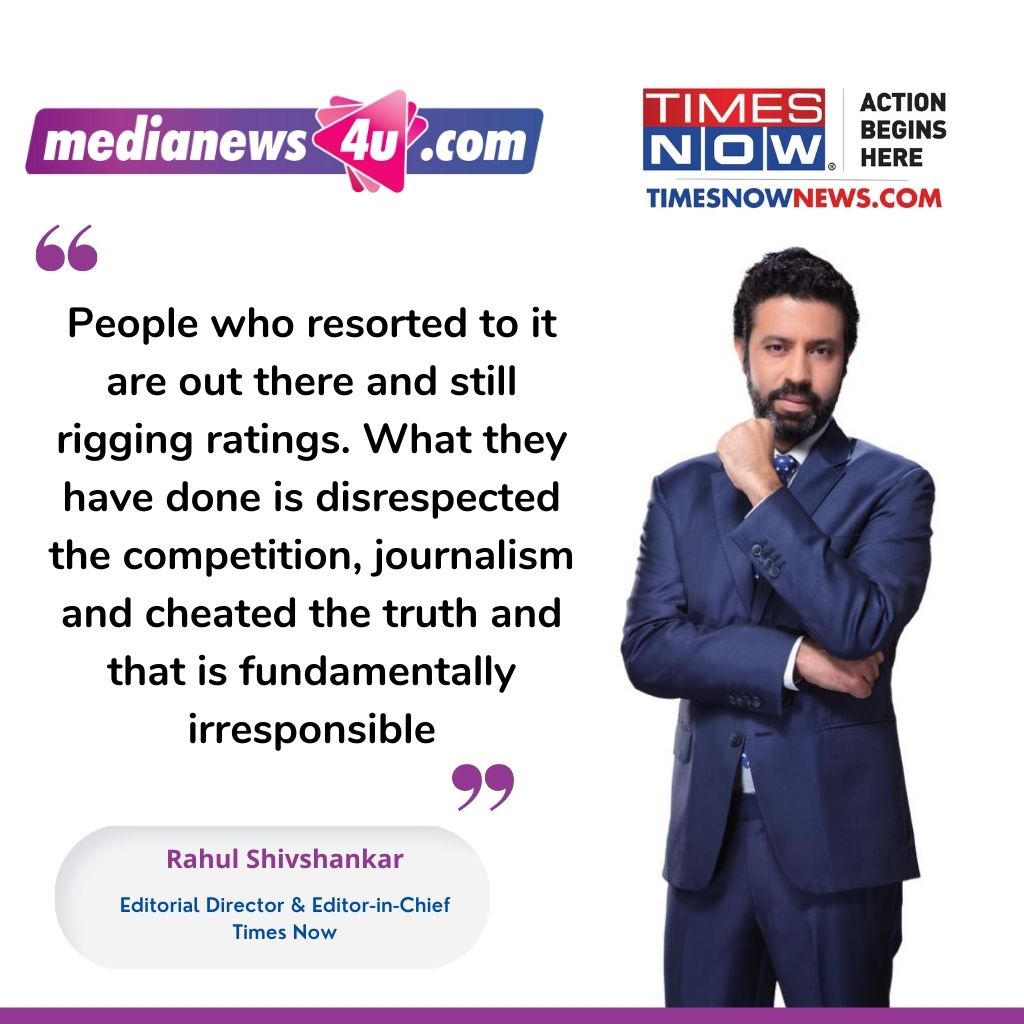 Colors Tamil is all set to air the World Television Premiere of action thriller film Selfie on 9th October at...

In an attempt to build deeper connections with users across Delhi and Punjab, Swiggy has collaborated with Ammy Virk for...

Is landing page a fair marketing tool? Should everything be ‘fair’ in news channels’ war?