We need to spot the right problem and turn it into a business idea which provides a solution: Azhar Iqubal, CEO and Co-founder – Inshorts and Public

The Honorable Prime Minister, in his recent national address said that Covid-19 crisis has taught India the importance of local manufacturing and supply chains and that it is time to be vocal about local. He said the definition of self-reliance had undergone a change in the globalized world and stressed that it’s not the same as being self-centered. “India’s culture considers the world as one family, and progress in India is part of, and also contributes to, progress in the whole world,” he said. “The world trusts that India has a lot to contribute towards the development of entire humanity.”

We at MediaNews4u have spoken to people from various sectors, startups, and brand consultants to understand as to what how they have interpreted the term ‘Be Vocal for Local’.

How do you interpret the term ‘be vocal for local’?

I think the COVID-19 crisis has shown us that being self-sufficient is crucial to surviving in the future. This pandemic has left most countries struggling and everyone’s focus is to strengthen their own infrastructure to help their own citizens. Therefore, we have to find ways to reduce dependencies on others to reach a stage wherein the essentials at least are taken care of domestically. Fortunately, we are a young nation with both industrial and agricultural capabilities. So for us, reaching a stage of self-sufficiency is entirely possible. 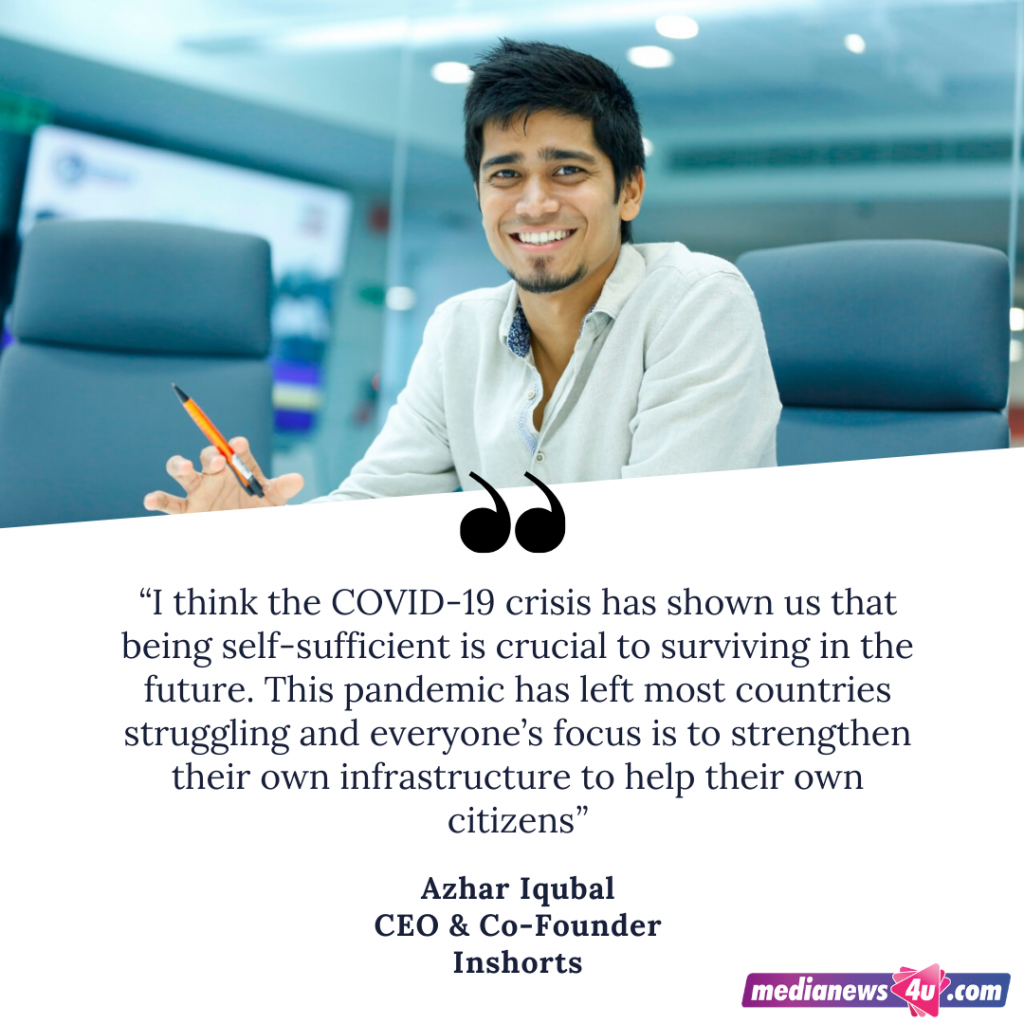 How do you think that the encouragement for using local products and services impact the social media and news space?

Today, news and information is an essential service and people need credible sources that they can rely on. We have seen the adverse impact of fake news and misinformation and that needs to be curbed at all costs. Homegrown news and social media apps have an edge because they understand the pulse of the people and the nuances of our nation, which are extremely diverse and complex for non-Indians to fully comprehend.

In fact, with Public app, we have gone truly local, wherein users in the smallest of cities, towns and districts are using the app for information on their locality.

I am predicting a huge surge of Made in India apps because we have the best of technical know-how and a rapidly building infrastructure to connect the remotest parts of the country. The need is to spot the right problem and turn it into a business idea that provides a solution. 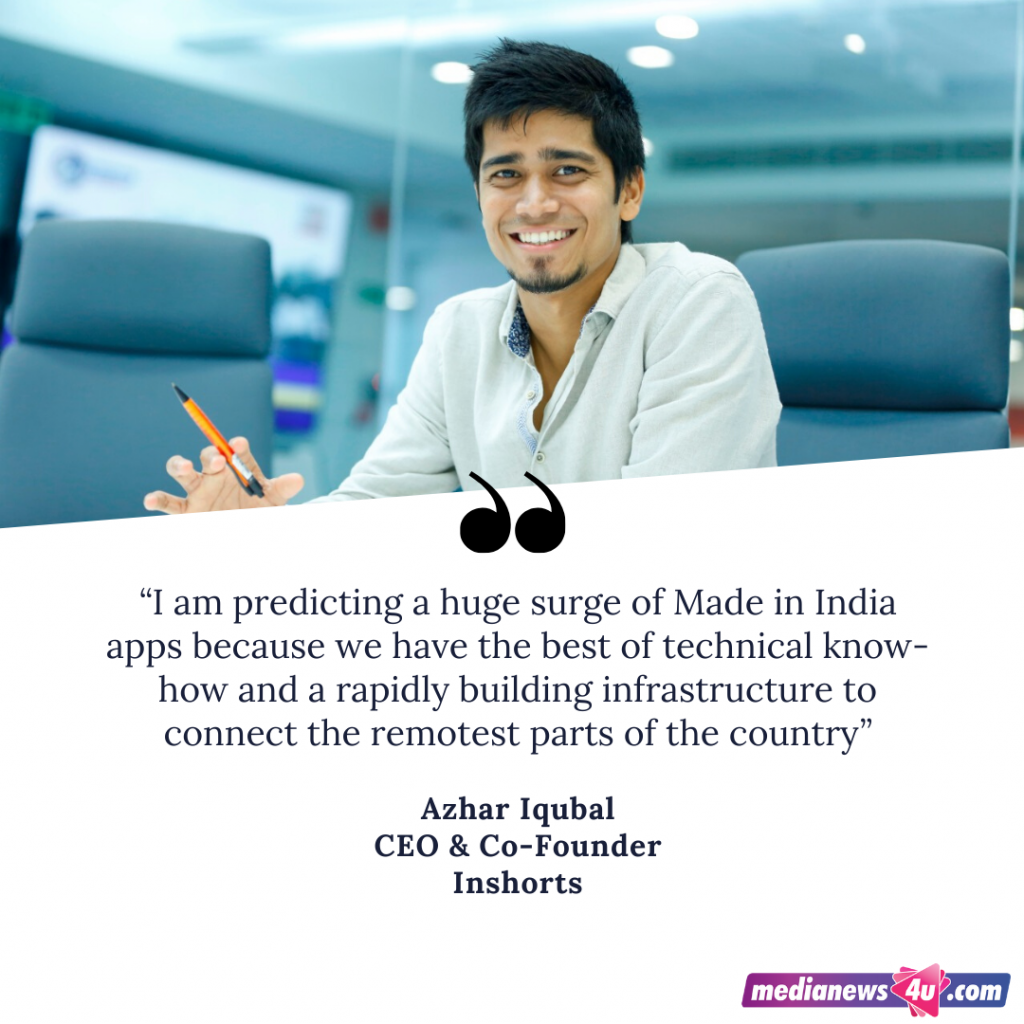 Have you observed a surge in the usage of Indian apps/brands?

Yes, most definitely. In fact our own apps, Public and Inshorts, have seen over 200% growth within the last three months itself. Today Inshorts has 10 million+ active users and 3 billion+ page views per month.

Public – which is a first of its kind location-based social network connecting people with their surroundings using GPS location for everything local – updates, news, jobs, commerce, etc. has become an immediate hit in smaller towns and cities of the country. We already have 30 million+ active users in less than a year of launch, becoming the fastest Indian social app to cross the milestone. As per Sensor Tower, our homegrown Public app has become the second most downloaded app in the News and Magazine category worldwide (source). 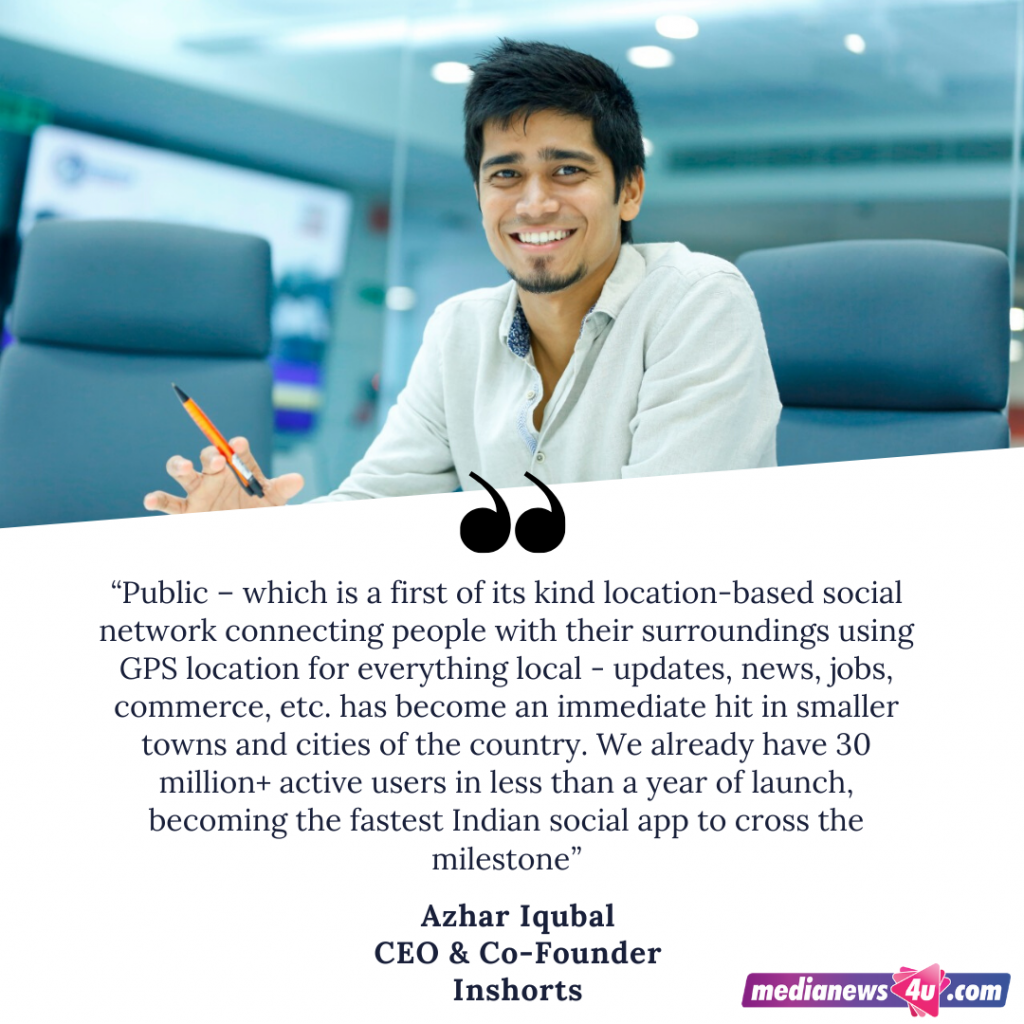 How does Be vocal for local fit in the scheme for your brand messaging?

Be local for vocal fits very seamlessly in our brand messaging, especially when it comes to Public app, which has been developed entirely by Indians, for Indians. We are currently offering content in 5 Indian languages viz. Hindi, Bengali, Gujarati, Tamil and Telugu. We aim to have 100 million+ users and offer content in all Indian languages by the end of 2020. Infact, Public app is not only being used by common man, but given the COVID-19 outbreak, even Central, State and District level politicians and authorities have joined the app to interact directly with their local communities and share location-relevant updates. 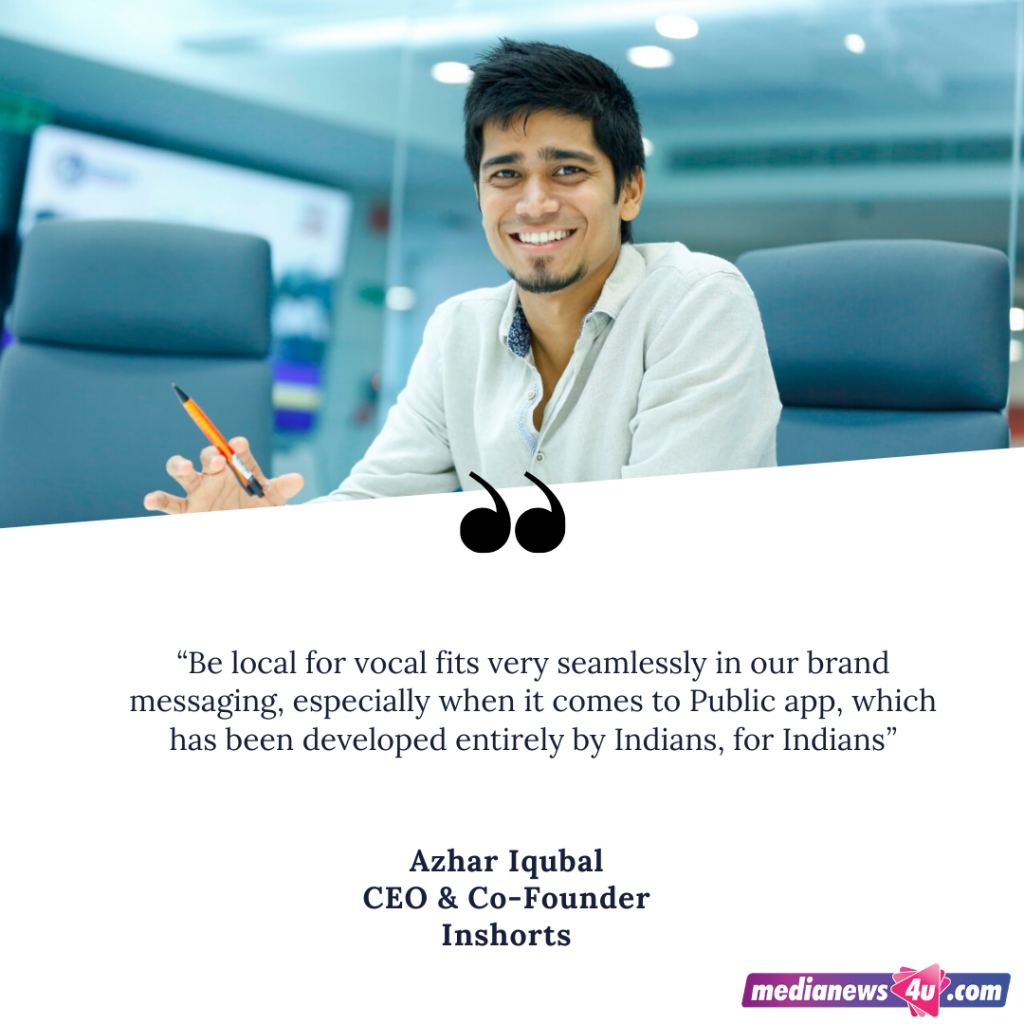 According to BARC data for News Broadcasters in the Hindi News Space for Week 26, the ongoing ratings war continues...