Hoichoi recently launched its 100th original ‘Tiktiki’ trailer and it was a path breaker for Hoichoi.

Medianews4U spoke to Vishnu Mohta – Executive Director – SVF; Co-Founder –Hoichoi on the launch, the growth trajectory and content strategy and much more.

It has been 5+ years since you launched Hoichoi, how has this journey been?

The journey has been immensely rewarding and fulfilling as we mark our 100th Original. In the past five and a half years, Hoichoi has been instrumental in being consistent to cater to the audience with a constantly expanding content library for our audience and it wouldn’t be possible without the immense love we have received from Bengalis across the globe. 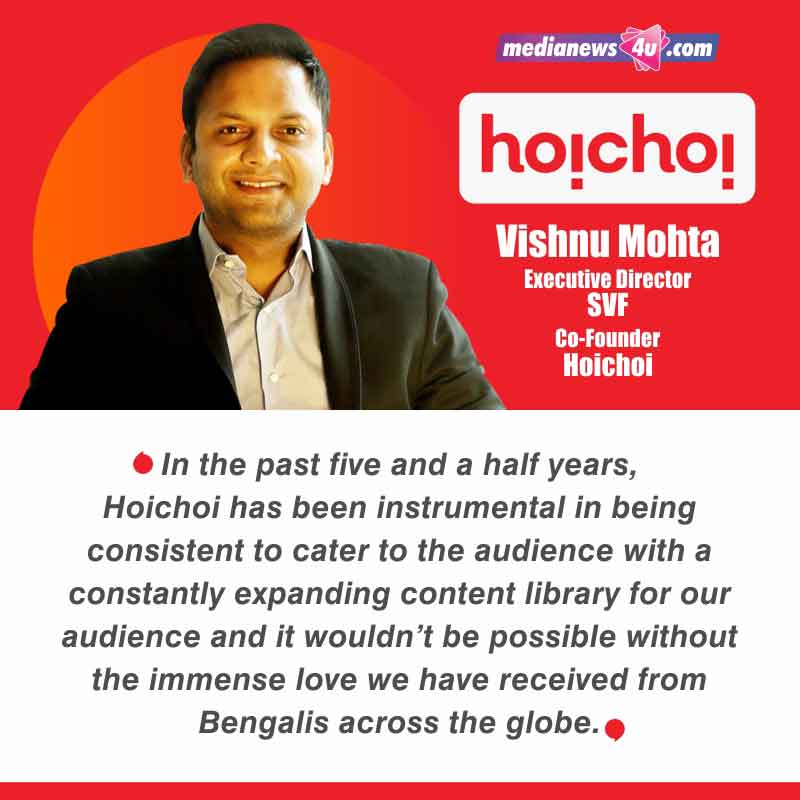 However, it still feels Hoichoi is just getting started and have only scratched the surface of what it would take for Hoichoi to be the default Entertainment platform for Bengalis globally.

Hoichoi is ardently focused on delivering the best in quality and quantity to its users. The strategy has always been to entertain the audience in their native language by catering to them with content that is remarkable and impactful. Apart from the 100+ Originals, hoichoi also serves as the wide library with over 2,000+ hours of Movies, Original Shorts, Films, Docu-Series, and more.

Hoichoi is now in partnership with Amazon channels, how does hoichoi benefit from this partnership?

Hoichoi’s partnership with Amazon Prime Video Channels enables Hoichoi to ensure its goal of making exclusive and Original content broadly available to the audience. Not only our range of Bengali content but also, Hindi dubbed content, which is available on the Amazon Prime video Channels is also treated in an extremely fresh manner where from the title of the Original to the packaging of the show, everything gets a new look to it apart from being just dubbed in Hindi, for the Hindi speaking audience. 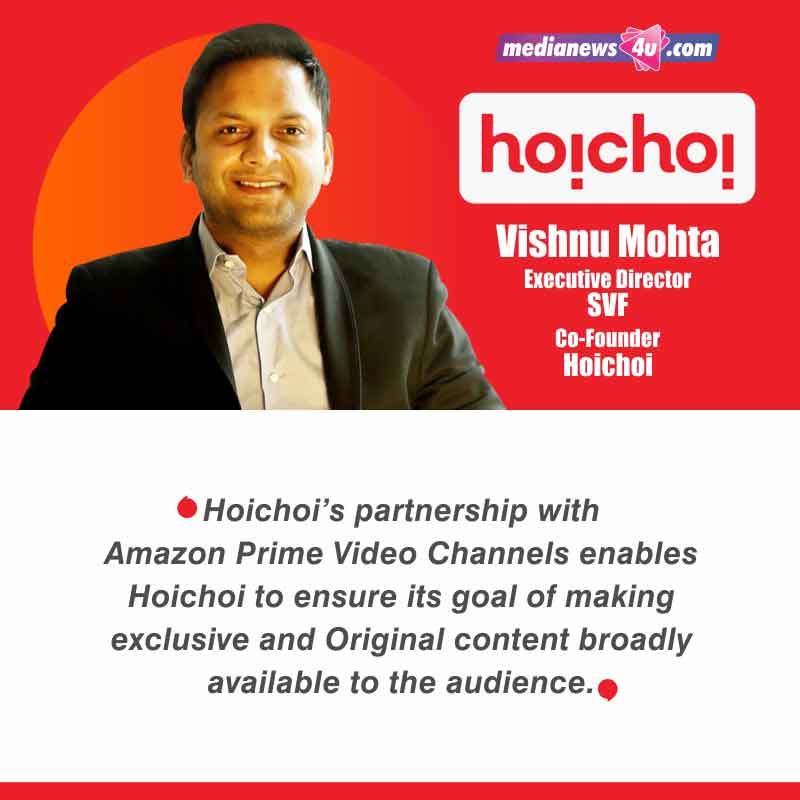 ‘100th Original ‘Tiktiki’ how was the feeling and the launch of the trailer was a path breaker, the strategy behind this?

The strategy has always been to never let our audience to be running out of options for content. The celebrations for our trailer launch of our 100th Original – Tiktiki, were a surreal moment for all of us, as it was special in many ways. The show not only added the milestone of 100 Originals for Hoichoi, but also marked the web debuts of the blockbuster director Dhrubo Banerjee and celebrated actor-director Kaushik Ganguly. The show also had our frequent collaborator, actor-director Anirban Bhattacharya.

Hoichoi is the only platform with original Bangla content not only from India but also from Bangladesh, what is now your subscription base?

Hoichoi has also witnessed 4X growth in Viewership and 2X growth in its overall Watch-Time not only in India but also in Bangladesh.

With OTT now the first preference for most, have you thought of diversifying into other languages?

Catering to the Bengali speaking audience is our primary focus at the moment.

The year has started with a bang, what is your Focus for 2022?

Hoichoi is all set topple its own benchmarks and deliver at least 60 new Originals for its audience in the year 2022, out of which 20 will be from Bangladesh, as it is set to collaborate with the best creators and talents of the Bengali Entertainment Industries of Kolkata and Bangladesh.

Any plans in the future for an AVOD platform?

No, we believe in being an SVOD Platform. However, we do have a freemium section which consists of Original contents in collaboration of notable Brands (Branded contents), which are ad free.