ZEE5 Viewership Soars Across All Languages; Records over 50% week-on-week increase

Mumbai: During the lockdown, ZEE5, as India’s Entertainment Super-App has continued to entertain and engage diverse audiences by serving bespoke content across languages and a spectrum of devices. The platform’s popularity surged further as the week-on-week viewership soared by 52% for all the shows, reinforcing itself as India’s most preferred destination for digital video entertainment.

With the extended lockdown, citizens have been confined to their homes looking for a source of entertainment. And amidst this lockdown, leading the digital video entertainment space, ZEE5 has been catering to their diverse audiences through various initiatives and shows across genres and languages. This exceptional surge in viewership has been recorded for shows such as Pavitra Rishta, Trinayani, Rahichi Rahibi Tori Pain, Neeyum Njanum, Ninne Palladhata, Agga Bai Sasubai, Ratris Khel Chale 2 and numerous other shows that recorded a significant surge in views. 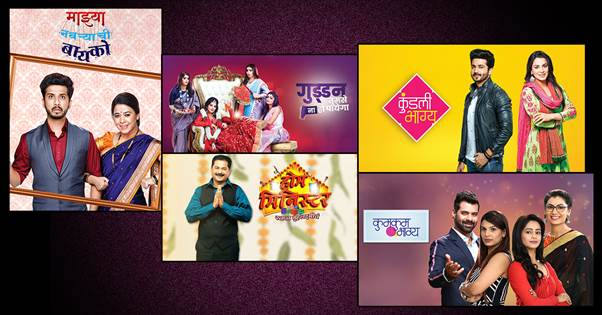 Amongst all, Telugu content recorded the maximum rise in viewership with 157% WoW, followed by Hindi with 106%. Other languages like Bengali, Malayalam and Oriya also witnessed a significant surge.

With Unlock 2.0, production studios are coming back to a new way of shooting; thus, ensuring consumers get their daily dose of entertainment. ZEE5 is gearing up to continue serving fans with their favourite shows by adding new episodes from 13th July 2020.  And as more people turn to OTT platforms in the current scenario, due to increasing preference for digital platforms,  platform is ready to address this massive traffic for these shows.

Mumbai: Protekt, the personal and home hygiene brand from Godrej Consumer Products Ltd, has released a new TVC for Protekt...

Mumbai: Cosmos-Maya's ‘Dabangg - The Animated Series’ is set for a debut on WarnerMedia’s kids TV channel Cartoon Network in...