Mumbai: In Week 16, the Television Viewership growth in Megacities was higher than the Rural Market.

This was due to people at home and WFH, the Mega Cities viewership grew to 36% as compared to 27% in Rural on Full Day viewership. 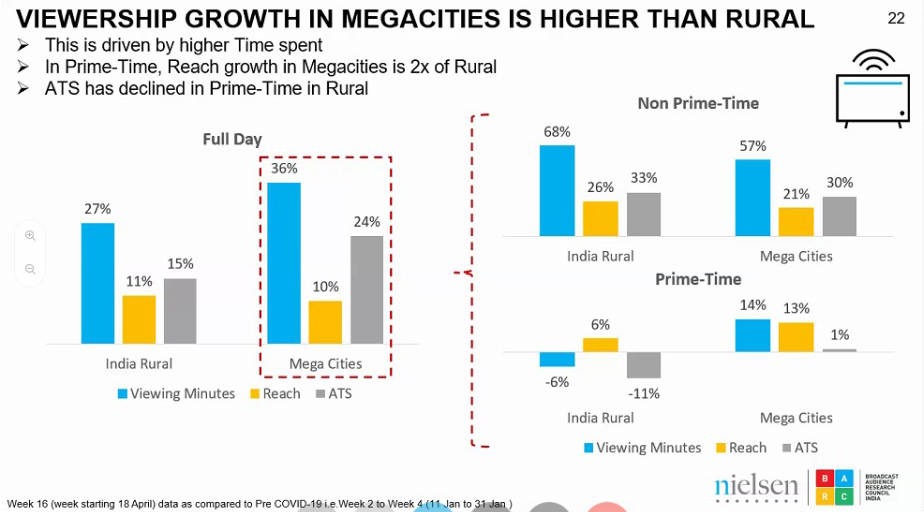 The viewership for News & Movies continued to grow in the Megacities.

GEC continued to slide both in both the markets.

In the Megacities, Movie genre saw 100% viewership and the News Genre saw 203% viewership. 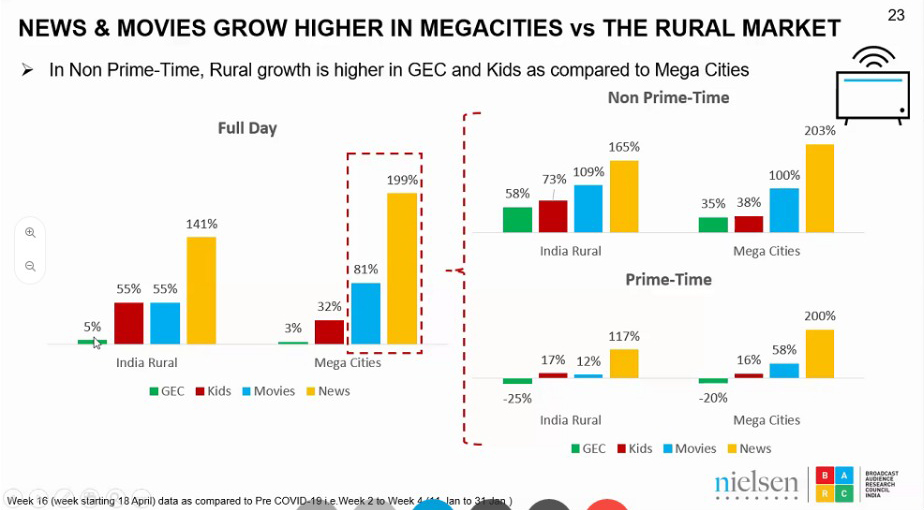