According to the data unveiled by BARC India for week 22, pertaining to the period between Saturday, 25th May 2019 to Friday, 31st May 2019, Star Plus continues to dominate the Urban HSM while the Hindi (U+R) and across genres is being led by Dangal. 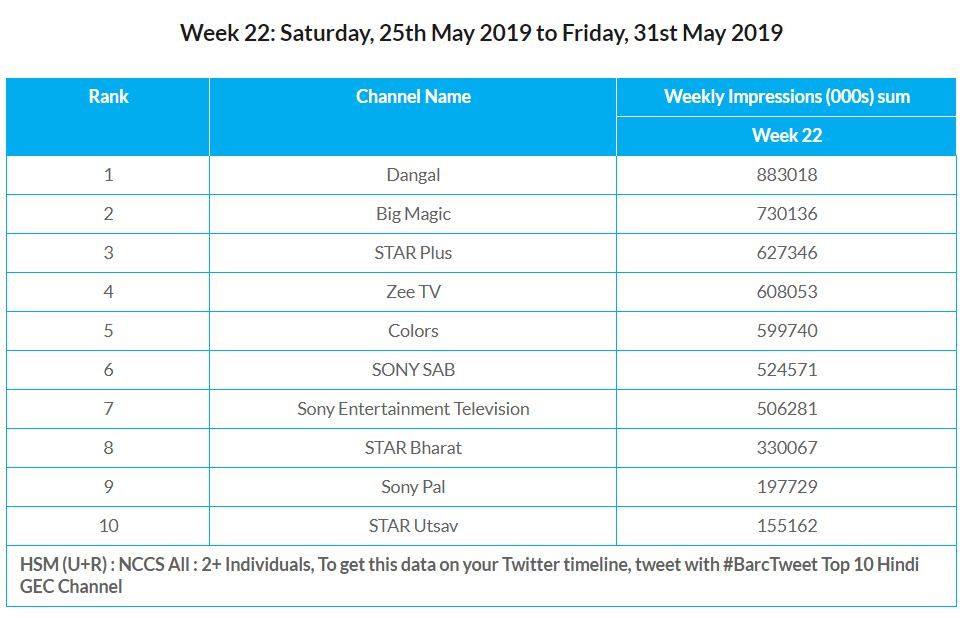